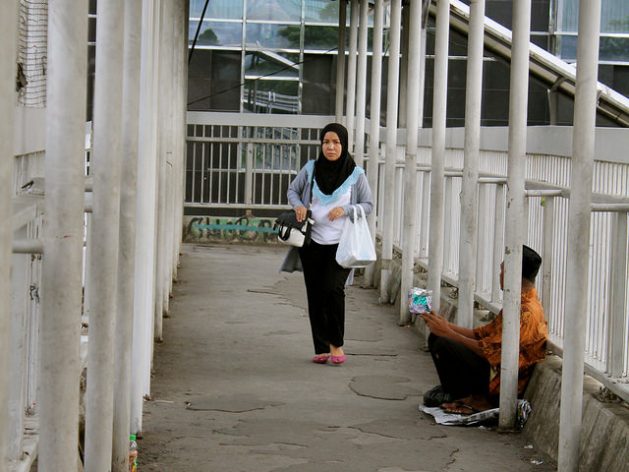 KUALA LUMPUR, Malaysia, Jul 26 2018 (IPS) - Economic divergence among countries and regions was never pre-ordained. According to the late cliometrician Angus Madison and other economic historians, the great divergence between the global North and South, between developed and developing countries, began around five centuries ago, from the beginning of the European, particularly Iberian colonial conquests.

From about two centuries ago, around the time of the Industrial Revolution, divergence accelerated with uneven productivity advances. During the 20th century, national level inequalities went down in many developed countries in the period after the First World War until around the 1970s with the rise of labour, peasant and other popular mobilizations.

Inequality, not only at the national level, but also at the international level, seems to affect the pattern of aggregate demand, particularly in developing countries, which in turn influences future investment and growth prospects and patterns.

Thus, the immediate post-Second World War period saw relatively high growth during what some Anglophone economists call the ‘Golden Age’, due to a combination of Keynesian policies at the national level in developed economies, and partially successful development policies in many newly-independent countries of Asia and Africa. However, this eventually came to an end in the 1970s for a variety of reasons.

Recent trends
Since then, inequalities have begun to grow again at the national level in many countries, but international divergence has declined in more recent decades. This recent convergence is due to significantly accelerated growth in some developing countries as expansion in some developed countries slowed. Among developing countries, growth was initially largely confined to East Asia and, to a lesser extent, South Asia, bypassing much of the rest of Asia, Africa and Latin America.

Africa suffered a quarter-century of stagnation from the late 1970s until the beginning of this century when commodity prices rose once again and China began investing in the continent. There was at least one lost decade in Latin America in the 1980s, and arguably, a second one for many on the continent in the following decade.

Such variation needs to be recognized. The recent convergence overall obscures very mixed phenomena of greater national-level inequalities in many economies, but also some international convergence due to more rapid growth in some major developing economies.

However, this convergence has begun to slow again, following the collapse of commodity prices since late 2014. This initially began with petroleum, but eventually affected almost all other commodities, especially mineral prices, slowing the decade of growth in Africa.

Divergence
The recent phenomena which many term globalization are often linked to international economic liberalization, but the strengthening of property rights has also been important. This has not only consolidated traditional property rights, but also extended property rights in novel ways, e.g., ostensibly to clarify supposedly ambiguous entitlements.

These have involved not only national legislation, but also free trade agreements and investment treaties at the international level, e.g., to consolidate ostensible asset-related entitlements, including so called intellectual property rights.

While few economic commentators may openly advocate increasing inequality, or blatantly espouse divergence, the consequences of many policies and positions associated with the conventional wisdom tend to increase divergence. For example, agricultural trade liberalization has undermined productive potential as only rich countries can afford subsidies, which most developing countries cannot afford.

For a long time, Africa used to be a net food exporter until the 1980s. Since then, it has become a net food importer. With trade liberalization, Africa was supposed to realize its true potential. Instead, Africa has lost much of its existing productive potential, not only in manufacturing, but also in agriculture.

To make matters worse, African farmers cannot compete with subsidized food imports from the EU and the USA. For example, as US consumers have a strong preference for chicken breasts, wings and legs from the US are not only flooding the Americas, but increasingly, Africa and Asia.

Convergence prospects
It is also important to consider the prospects for possible convergence in the long term due to the increased availability and affordability of capital. Besides recent Chinese international financing initiatives, quantitative easing, other unconventional monetary policies, recycling of petrodollars and private East Asian capital, as well as novel, and often illicit international financial flows may transform the horizon of possibilities.

Not unlike the Cold War and the aftermath of 9/11, the resurgence of European ethno-populism in reaction to growing economically and politically driven immigration into developed Western economies has reminded the world of the squalid conditions still prevailing in much of the global South, especially in Africa.

Perhaps more importantly, geography, rather than class, is increasingly viewed by many as the major determinant of income and welfare levels, with vastly different living standards associated with location rather than educational qualifications, occupation or productivity.

Thus, without the prospect of rapid convergence, not only nationally between wealth classes, but also internationally between rich and poor nations, the failure of economic globalization to deliver on its implicit promise of liberalizing cross-border human migration will haunt international relations, human rights and political liberalism for some time to come.