Mexico’s Forests, Both Victims of and Solution to Climate Change 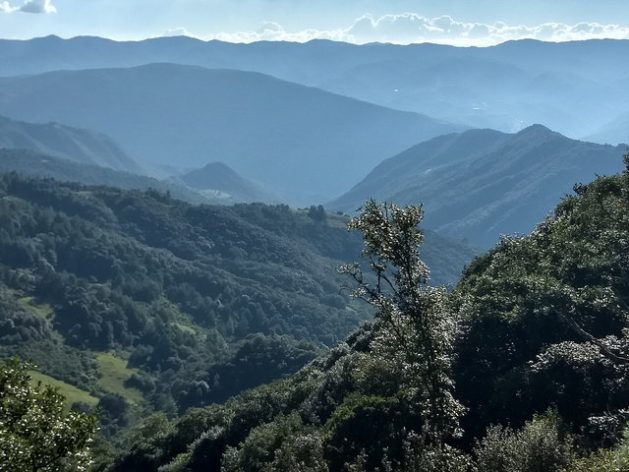 The Sierra Juárez forest in the southern Mexican state of Oaxaca is vulnerable to the effects of climate change, but at the same time it can help fight the phenomenon. Credit: Emilio Godoy/IPS

IXTLÁN DE JUÁREZ, Mexico, Jan 3 2019 (IPS) - “I dream of a healthy, sustainable, well-managed forest,” says Rogelio Ruiz, a silviculturist from southern Mexico, who insists that “we have to clean it up, take advantage of the wood, and reforest.”

These activities are essential for the ecosystem, especially to adapt to the impacts of climate change, the president of the La Trinidad Communal Lands Commissariat, in the municipality of Ixtlán de Juárez, in the state of Oaxaca, some 840 km south of Mexico City, told IPS.

Forest habitats are precisely one of the best natural mechanisms for mitigating climatic change, but at the same time they face the consequences, such as rising temperatures, variations in rainfall regimes and the spread of pests.

The ecoregion where La Trinidad is located, the Sierra Juárez mountains, is well aware of this. Since 2017 it has been facing an outbreak of the pine sawfly, which eats the needles of the pine tree, the most common species in this area of central Oaxaca. Local organisations estimate that some 10,000 hectares are at risk from this pest.

Ruíz explained that 106 of his community’s 805 hectares have been damaged. La Trinidad has a traditional Mexican system of government for collectively-owned and worked land, which is different from an “eijido” because the land here cannot be sold.

In September, “we applied aerial fumigation” of a biopesticide and now “we will use handpumps,” said the community leader, one of those attending the celebration in Ixtlan this month of the 35 years of struggle against the private forest concessions that were once predominant here. The struggle gave rise to community-managed forests like this one.

La Trinidad, made up of 291 community members and their families, has a permit to annually extract 5,000 cubic metres of wood during an eight-year management plan, in effect since 2014.

These undertakings exemplify the development of Mexican community forestry, considered a global model, for its success in generating social, economic and environmental benefits. 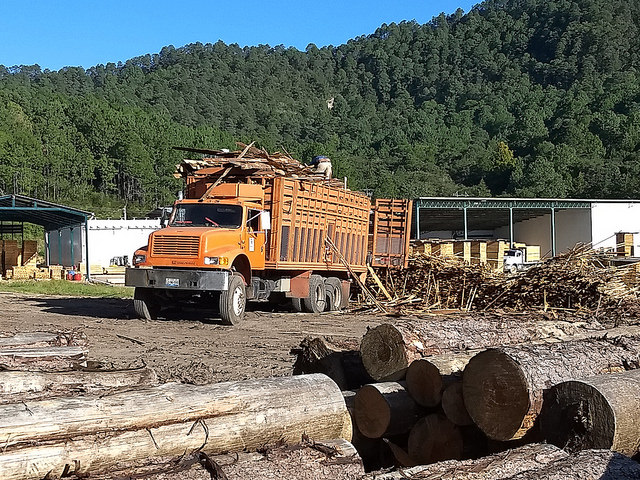 A truck unloads pine logs at the sawmill of the forest community of Ixtlán de Juárez, in the southern Mexican state of Oaxaca, which, like other local groups in the Sierra Juárez mountains, sustainably manages its community assets, including timber. Credit: Emilio Godoy/IPS

The non-governmental Mexican Civil Council for Sustainable Forestry lists 4,886 forest communities and ejidos, of which some 2,100 commercially exploit the forests.

But only seven million hectares, in the hands of some 600 communities, operate with a management and conservation plan, a requirement for obtaining approval for the harvesting programmes promoted by the state-run National Forestry Commission.

Ixtlan, which means “place of threads or fibers” in the Zapotec language and where 600 hectares have been damaged, has undertaken the fight against pests by experimenting with five species of pine in the community nursery.

“In November and December, we do seed selection. We want faster-growing, pest-resistant species. We are confident that the new species will be more resistant,” explained Sergio Ruiz, forestry advisor for the community enterprise Santo Tomás Ixtlán Forest Union.

The community of Ixtlán, also in the municipality of the same name, owns 19,125 hectares, of which 30 percent is used for forestry.

Its activities also include ecotourism, a gas station, a shop, a furniture factory and a water bottling plant. In 2018, the community nursery provided 360,000 seedlings, 100,000 of which went to reforestation while the other 260,000 were donated to nearby communities. The hope is to create a seed orchard.

A study under preparation by the state-run Technical University of Sierra Juárez analyses climatic factors such as temperature, moisture and soil conditions in Ixtlán. 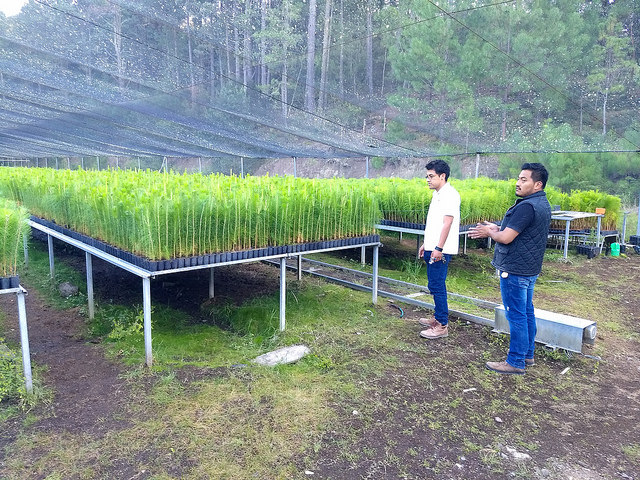 Workers from the forest community of Ixtlán de Juárez inspect seedlings to be planted in the forest they manage within the municipality of the same name, in the southern state of Oaxaca, Mexico. Their plan is to build a seed orchard to generate pine species more resistant to climate change. Credit: Emilio Godoy/IPS

In 2015, Mexico emitted 683 million tons of CO2, making it the second largest polluter in the region after Brazil. Of that total, 20 million tons came from the loss of forest lands.

This Latin American country adopted its own goal of zero deforestation by 2030, a real challenge when average annual logging represents 200,867 hectares lost between 2011 and 2016, according to estimates by the Superior Audit of the Federation, the Mexican government comptroller’s office.

Other sites in the Sierra Juarez mountains are also exposed to climate change, although their height above sea level temporarily protects them from insects. Such is the case in the municipality of San Juan Evangelista, where silviculturists are preparing to adapt their forests to the phenomenon.

“It is important to clean up the forest, because it takes away combustion power and the risk of pests. In addition, managed forests allow more carbon sequestration than unmanaged forests. They can help prevent climate change from accelerating,” Filemón Manzano, technical adviser to the forestry community in that municipality, told IPS.

Analco, which means “on the other side of the river” in Nahuatl, consists of 150 community members, the owners of 1,600 hectares, of which 1,000 are covered by forests and 430 of which are exploited. The community operates a nursery for 3,000 seedlings.

Manzano and academics from the state-run Postgraduate College of Agricultural Sciences are preparing research on CO2 absorption by managed forests, estimated at five tons per year per managed hectare.

Under the Paris Agreement on Climate Change, Mexico pledged to reduce, by 2030, up to 14 million tons of annual CO2 emissions from land use, land use change and forestry, by promoting sustainable forest management, increasing productivity in forests and jungles and promoting forest plantations.

In July, the Mexican forestry sector proposed a long-term policy, greater investment, an adequate legal framework, strengthening community forest management, community participation in the design of measures and a link to climate change, as part of the “Forests with people, forests forever” campaign.

The study “Toward a Global Baseline of Carbon Storage in Collective Lands”, published in September by the Rights and Resources Initiative, a Washington-based global network of 15 partners, estimated that Mexican community forests trap 2.8 million tons of CO2.

Manzano called for more forest management. “We want to show how managed forests contribute to the conservation of the planet. It’s going to be important to have more resistant species and create a good mix of species,” he said.