The Silent, Invisible Crisis Destabilising Communities Could be a Subject of Hope 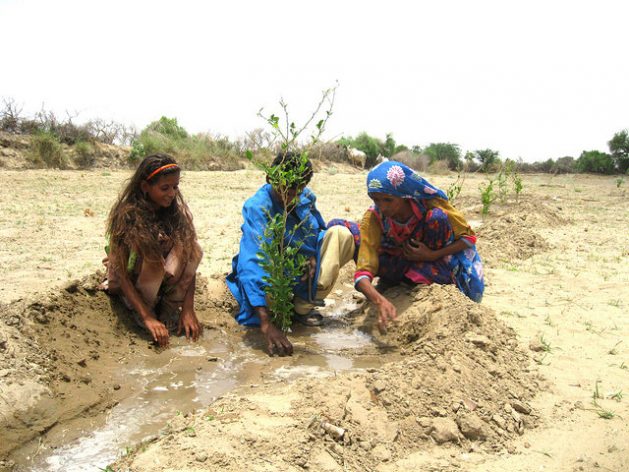 Zainab Samo, along with her son and daughter, planting a lemon seedling on her farm in Oan village in Pakistan’s southern desert district of Tharparkar, to fight desert’s advance. New data shows that globally two billion hectares of land—roughly twice the size of China—have been degraded. Credit: Saleem Shaikh/IPS

GEORGETOWN, Jan 29 2019 (IPS) - New data show that globally two billion hectares of land—roughly twice the size of China—have been degraded. And of this amount, 500 million hectares are abandoned agricultural lands.

The 17th Session of the Committee for the Review of Implementation (CRIC17) of the United Nations Convention to Combat Desertification (UNCCD) opened in the Guyana capital on Monday, Jan. 28, with the release of this staggering data in relation to land degradation and desertification.

“We know also that every year we destroy totally, 12 million hectares of land. So, clearly all those lands that we destroy we have a potential for restoration,” UNCCD Executive Secretary Monique Barbut told IPS. It’s for this reason that Barbut said that land degradation and desertification is “a subject of hope.”

Desertification is the process by which fertile land becomes desert, typically as a result of drought, deforestation, or inappropriate agriculture.

UNCCD says desertification is a silent, invisible crisis that is destabilising communities on a global scale, and more should be done to combat it, reverse land degradation and mitigate the effects of drought.

But unlike the finality that comes with the loss of biodiversity, Barbut said humans get second chances when it comes to land degradation and desertification.

“So, it’s not just a subject of depression like many other subjects on the environment. The more you restore land, the better a number of things to come.” 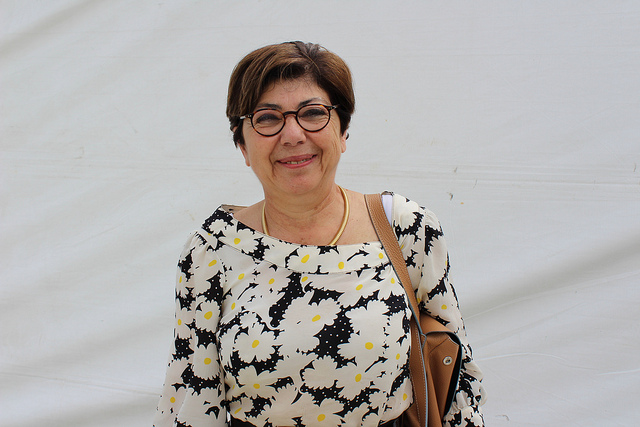 United Nations Convention to Combat Desertification (UNCCD) Executive Secretary Monique Barbut says new data show that globally, two billion hectares of land have been degraded. But unlike the finality that comes with the loss of biodiversity, Barbut said humans gets second chances when it comes to land degradation and desertification. Credit: Desmond Brown/IPS

She pointed to China’s Loess Plateau—the biggest programme of land restoration in the word that can be referred to as an example of what is possible.

“They restored in one go, 400 million hectares of land and transformed it into an agroforestry programme,” Barbut said.

“This programme has helped [uplift] out of poverty, 6.7 million people. Secondly, we have seen now that the rain patterns have changed. Where there was no rain before, rain is coming back, so there are many positive impacts of land restoration.”

The new data also show that there is a direct link between land restoration and the reduction in the number of people living in poverty in rural areas.

Barbut said the data show a 27 percent decline in the number of people in rural communities living in poverty.

“This is a positive signal,” she said, while noting that at the same time urban poverty is increasing.

“That’s something interesting to note, that instead of sending people to cities, you better restore the land, make sure they can live on the land.”

Barbut said the data show that the main human causes of land degradation are deforestation, overgrazing and improper soil management.

There are also other indirect human causes like population pressure, land tenure, bad governance and lack of education.

The Caribbean has its own example of desertification with one scientist telling IPS that Haiti is the Caribbean’s desert.

Dr. Richard Byron-Cox, action programme alignment and capacity building officer at UNCCD, said more than 100 years ago, Haiti had the best soils and was also the Caribbean’s leading producer sugarcane.

“As you know, Haiti is one of two countries on the island of Hispaniola. When you fly over Hispaniola, one part is green, and the other part is brown. Why? Because one has desertification, that’s Haiti,” Byron-Cox told IPS.

“That same country, 150 years ago, had the best soils in the entire Caribbean. Today it is a desert. Desertification has nothing to do with natural deserts. So, when you talk about combatting desertification, this does not include natural deserts, it’s good land becoming bad.”

In addition to deforestation, devastating floods and landslides have left bare many areas in Haiti which were once covered with forests.

In 2013, World Vision Australia carried out a scoping mission to examine the potential for natural regeneration of forests through Farmer Managed Natural Regeneration (FMNR). This was inspired by the success of a similar programme in Ethiopia, developed under the Kyoto Protocol’s Clean Development Mechanism (CDM).

The CDM allows for reforestation projects to earn credits (Certified Emission Reductions or CER’s) for each tonne of carbon dioxide equivalent sequestered or absorbed by the forest. 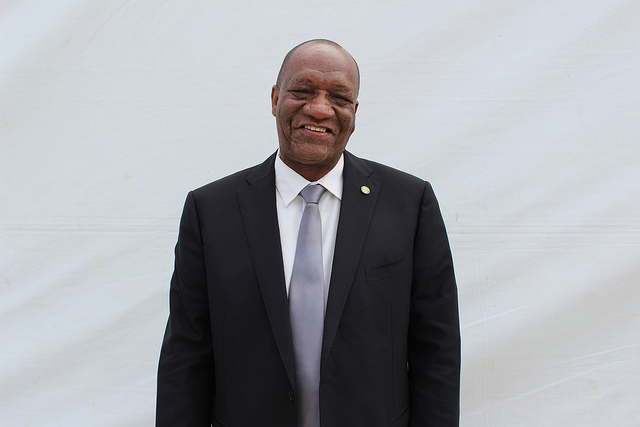 Joseph Harmon, Minister of State in the Ministry of the Presidency in Guyana says when it comes to sustainable use of land and other resources, Guyana aspires to be a success story and example for fellow countries and parties. Credit: Desmond Brown/IPS

Desertification was also on the mind of Guyana’s Minister of State Joseph Harmon, as he welcomed representatives from 135 countries to the capital for CRIC 17.

In his speech at the opening, he told a packed hall at the Arthur Chung Conference Centre that in its implementation of the UNCCD Guyana aspires to be a success story and example for fellow countries and parties.

“While Guyana’s context may not be seen as extreme to be considered ‘desertification,’ the impact of land degradation is being taken into consideration as we plan and strategise for the sustainable use of our land resources.”

He later told IPS that Guyana is deeply conscious land represents a link between people and the environment and that it connects economic, social, cultural and geographical spheres.

“Guyana endorses and fully support UNCCD’s vision which is to support the development and implementation of national and regional policies, programmes and measures to prevent, control and reverse desertification and land degradation and mitigate the effects of drought.”

Harmon said they have also operationalised the Sustainable Land Development and Management project, which seeks to establish an enabling environment for promoting sustainable and climate-resilient land development, management and reclamation in support of Guyana’s Green State trajectory.