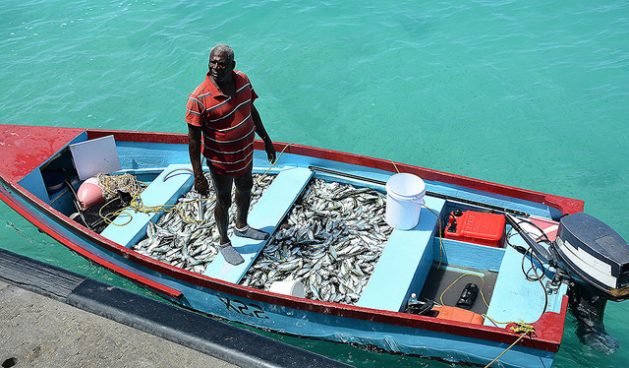 A fisher in Barbados. The Caribbean’s fish stocks have been affected by climate change. Credit: Desmond Brown/IPS

GEORGETOWN, Feb 5 2019 (IPS) - In recent years Caribbean Community (CARICOM) countries have experienced escalated climate change impacts from hurricanes, tropical storms and other weather-related events thanks to global warming of 1.0 ° Celsius (C) above pre-industrial levels. And it has had adverse effects on particularly vulnerable countries and communities.

CARICOM countries and other small island and low-lying coastal developing states have long been calling for limiting the increase in average global temperatures to below 1.5 °C above pre-industrial levels by the end of the century in order to avoid the worst impacts of climate change.

Regional countries have also noted with grave concern the findings of the  Intergovernmental Panel on Climate Change (IPCC) Special Report on Global Warming of 1.5 °C. The report noted that climate-related risks for natural and human systems including health, livelihoods, food security, water supply, human security and economic growth are significantly higher at an increased global warming of 1.5 °C than at the present warming levels of 1 °C above pre-industrial levels.

Dr. Douglas Slater, Assistant Secretary General at the CARICOM Secretariat, told IPS that they have been working closely with the Alliance of Small Island States grouping. “The CARICOM SIDS grouping is considered a very important link and we are really leaders in the SIDS movement,” he said.

He said that at last year’s 24th Conference of the Parties (COP24) of the United Nations Framework Convention on Climate Change (UNFCCC), the region had been able to ensure, to some extent, that the procedures for the implementation of the Paris Climate Agreement were clearly outlined. 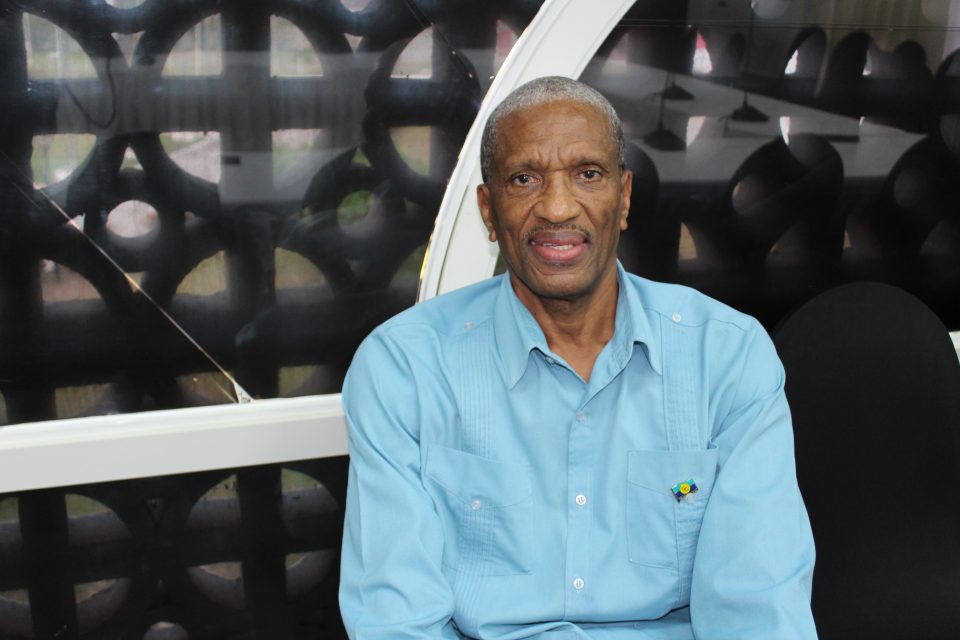 Dr. Douglas Slater, Assistant Secretary General at the Caribbean Community (CARICOM) Secretariat, says the region needs to recognise the importance of implementing some of the measures as recommended by technical institutions that will help to build climate resilience. Credit: Desmond Brown/IPS

Inter Press Service (IPS): How is the CARICOM region doing with its climate change fight?

DS: Starting from COP21 in France, certain decisions were made. The region thought that [at COP24] we needed to ensure that the procedures for the implementation of the Paris Climate Agreement and the modalities were clearly elucidated and outlined. To some extent I would say that that was achieved.

Another issue that we took [to COP24] and lobbied hard for, was a response to the IPCC 1.5 study.

The world is already looking to limit global warming to below 2 °C. We insisted that it should be no more than 1.5°C. Now, it might sound like they are close, but the differences are so significant, especially as it relates to us.

I must say that we had a hard task convincing them to accept the language of the findings of the IPCC. In fact, majority of the parties supported the findings and the actions to respond to it. But there were some major players [who did not] and because we work on consensus, it couldn’t find its way into the outcome document in a forceful way that was supportive of what we wanted.

There were four main countries, some real heavy rollers—the United States, Russia, Kuwait and Saudi Arabia—who resisted that. We will continue and there will be other opportunities. In fact, there is a meeting in May of this year where we’ll continue to push.

IPS: Were there any other tangible outcomes?

DS: We did get some language that will encourage parties to work towards what we want. There is also the issue of the Talanoa Dialogue, which was decided from the previous COP Presidency—Fiji. The word suggests working together in an inclusive cooperative way to ensure that a lot of issues, including the Nationally Determined Contributions, are adjusted to meet the times. That had some challenges being accepted wholesale too, but I think it is correct to say that Parties acknowledged what was happening and gave some commitment to increase the ambition to reduce greenhouse gases.

But it is a continuing struggle and we have to keep sounding our small but powerful voices because climate change is existential to us. Already, coming out of the hurricane season in 2017, we have had first-hand experience of what can happen to us and we don’t want a repeat of that.

IPS: Given the political cycle in the Caribbean where you could have a change in administration every five years or less, do you find that when an administration changes the drive and level of attention to climate change also changes?

DS: It is my feeling, based on my observation over the years, that the political parties in the region understand the impact that climate change can cause on us and in general are strongly supportive. So, it’s not a major issue. It might just be degrees of emphasis or so, but I don’t think there’s a challenge there. I think it is clear to all of our political leaders that climate change is a reality and it can devastate our sustainability, especially economic sustainability.

In my opinion, it doesn’t matter which administration is there, the policy should be aimed at addressing resilience to climate change and I think by and large that has been happening.

IPS: What major challenges remain for individual countries in the region or as a collective of SIDS?

DS: I think we need to recognise the importance of implementing some of the measures as recommended by our technical institutions that will help to build resilience. Let us take hurricanes, for example. One of the reasons why you get significant damage is that the building codes that we have been using need updating. I think if we do that it will build a more resilient region. I think the message is there, but the implementation takes some time due to a lack of resources.

We have been working on that.

I know Dominica, especially post Hurricane Maria, are really working assiduously to build the first climate-resilient country probably in the world. That augers well for the region. We are hoping whatever we can gain from that experience can be disseminated in the entire region.

I am particularly concerned about some individual member states of CARICOM. Such as, for example, Haiti. I [bring up] Haiti because of land degradation and its impact, which we are dealing with now. We hope that Haiti can adjust to understanding the need for reforestation because that is a resilience measure.

I think if our individual member states can work with the various ministries and the regional institutions and we can mobilise the resources, that is the big challenge.

We know in general what we need to do. There’s a willingness to do it, the challenge is having the resources to.

We have some excellent institutions like CDEMA [Caribbean Disaster Emergency Management Agency] which really is on the ball, but they need resources sometimes to respond to some of the challenges.

We are working with some international organisations and some other international development partners to see how we can pull that together. But it’s a work in progress.