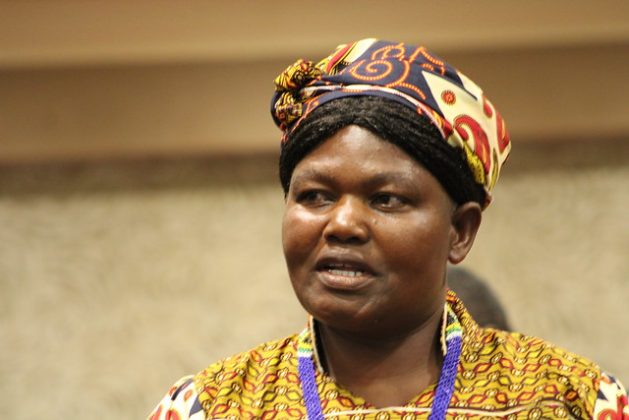 “My mobile phone is part of my farming. It supports my farming and my family’s welfare through the services I get via the phone,” the smallholder maize farmer from Shurugwi in central Zimbabwe quips.

Mazani grows maize and finger millet and keeps livestock. As a farmer she often waits for the next visit by an agriculture extensionist to her village so she can access advice on farming and what the next cropping season would be like. Extension officers are intermediaries between research and farmers, often providing them with advice on new farming methods and providing update on climatic changes etc.

That has changed. Mazani now buys inputs, sells her produce and maintains a funeral policy for her family, all with a tap on her mobile phone.

She subscribes to the EcoFarmer, a mobile platform developed by Econet Wireless, the largest telecommunication services company in Zimbabwe. The EcoFarmer mobile platform provides innovative micro insurance for farmers to insure their inputs and crops against drought or excessive rain. They access these services via sms and voice-based messages on their mobile phones.

Econet Wireless have partnered with the Zimbabwe Farmers Union (ZFU) – which represents more than one million smallholder farmers – to offer the ZFU EcoFarmer Combo, a bundled information and financial service.

Members pay one dollar for a membership subscription. Through it they receive crop or livestock tips based on their farming area as well as weather-based indexed crop and funeral insurance.

“I used to struggle with marketing of my crop but through EcoFarmer Combo, I receive money after selling my produce through my phone,” Mazani tells IPS.

“As a farmer I always want to receive money in cash so I can count it. I thought selling through the mobile phone would cheat me of my money but now I consider this gadget a helper. I dial *144 and get current information on the weather which allows me to plan my farming. I know when to apply fertiliser and when it will rain. I even get notifications of diseases like the fall army worm and [information on] how to treat it.”

“Climate change has necessitated changes in how farmers cultivate their land to be able to provide food and secure incomes in a sustainable manner; and climate smart agriculture has proven solutions which have to be scaled out to farmers,” Mariam Kadzamira, a climate change officer with Technical Centre for Agricultural and Rural Cooperation (CTA), tells IPS on the side-lines of a recent meeting held in Johannesburg, South Africa.

The meeting reviewed a CTA regional project where farmers from Malawi, Zambia and Zimbabwe are receiving weather information via mobile phones.

The project, which aims to reach 200,000 smallholder farmers by end of 2019, is promoting the use of drought-tolerant seeds and weather-based index insurance to farmers as part of the climate smart agriculture interventions that are accessed by farmers through digital platforms. 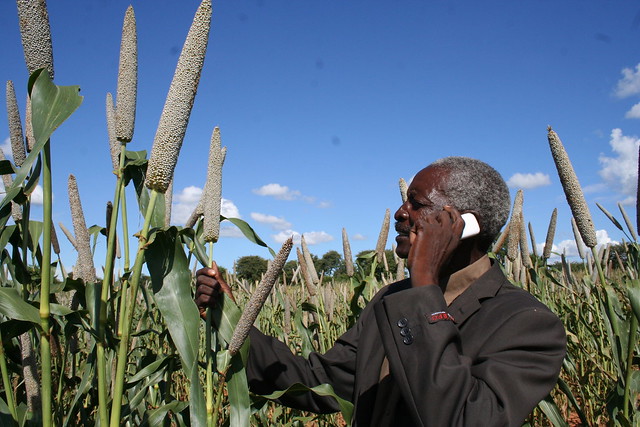 Digitalisation doing it for farmers

A new study titled The Digitalisation of African Agriculture Report 2018-2019, published in June, found that an untapped market worth more than two billion dollars for digital services could support farmers improve their productivity and  income.

The study tracked and analysed digital solutions such as farmer advisory services, which provided weather or planting information via SMS or smartphone applications, and financial services, including loans and insurance for farmers.

Nearly 400 different digital agriculture solutions with 33 million registered farmers across sub-Saharan Africa were identified in the study by Dalberg Advisors and the CTA. However, the current digitalisation for agriculture (D4Ag) market is a tip of the iceberg with just a six percent penetration, the report authors say.

In 2018, the digitalisation for agriculture market recorded an estimated turnover of 143 million dollars out of a total potential market worth over 2.6 billion dollars, the study said.

The study found an annual growth of more than 40 percent for the number of registered farmers and digital solutions, suggesting the D4Ag market in Africa is likely to reach the majority of the region’s farmers by 2030.

“Digitalisation can be a game-changer in modernising and transforming Africa’s agriculture, attracting young people to farming and allowing farmers to optimise production while also making them more resilient to climate change,” said Michael Hailu, director of CTA, as he urged private sector investment in increasing the adoption of this model to help farmers increase yields.

By using digital solutions, farmers saw improvements in yields ranging from 23 to 73 percent, and increases of up to 37 percent in incomes, the report found.

Models that bundled more than one solution, combining digital market linkages, digital finance, and digital advisory services were associated with yet further improved yields of up to 168 percent.

Michael Tsan, partner at Dalberg Advisors and co-leader of the firm’s global Digital and Data Practice, said digitalisation for agriculture has the potential to sustainably and inclusively support agricultural transformation for 250 million smallholder farmers and pastoralists in Africa.

“Sound digital infrastructure that provides basic connectivity and affordable internet is a prerequisite for smallholder farmers to fully harness the opportunities of digitalisation in agriculture,” Debisi Araba, a member of the Malabo Montpellier Panel and Regional Director for Africa at the International Center for Tropical Agriculture (CIAT), tells IPS via e-mail. “To bridge the digital divide, rural communities need to be better connected to electricity reliable telecommunications and internet connections households, schools and workplaces.

The Malabo Montpellier Panel is a group of 17 African and international experts in agriculture, ecology, nutrition and food security. The panel guides policy choices by African governments towards food security and improved nutrition on the African continent.

“Africa now has the opportunity to leapfrog and leverage the potential benefits of digital innovation in the food system, while using targeted regulation to avoid the risks that digitalisation can pose,” Araba says.

A report launched by the Malabo Montpellier Panel at its annual forum in Rwanda last June highlights promising digital tools and technologies emerging in the agricultural value chain across Africa. The report, Byte by Byte: Policy Innovation for Transforming Africa’s Food System with Digital Technologies analysed the experiences of Côte d’Ivoire, Ghana, Kenya, Morocco, Nigeria, Rwanda and Senegal who are at the forefront of applying digital technologies through policy and institutional innovation.

“Africa’s digital transformation is already underway, and the continent now has the opportunity to leverage the potential benefits of digitalisation and new technologies for agriculture, as well as to avoid the pitfalls that digitalisation can pose,” says Araba.

Governments and the private sector should consider emerging technologies to leapfrog more traditional infrastructure approaches; he says urging that the use of handsets and mobile internet should be affordable and accessible for all agriculture value chain actors.

High prices have a significant impact on the uptake and use of internet and mobile services among smallholder farmers. Although the price for mobile internet in Africa has dropped by 30 percent since 2015, the continent still has some of the highest prices for internet use globally, Araba laments.

Despite immense opportunities offered by digitisation, there are challenges that need to be resolved to maximise its impact in the future. For example, there is low update of digital services among women despite accounting for more than 40 percent of the agricultural labour force.

“The mobile phone platform has helped me improve my farming because of the timely information I receive and the ease I have to do financial matters which took a while before. Now I buy and sell without leaving home,” Mazani says.