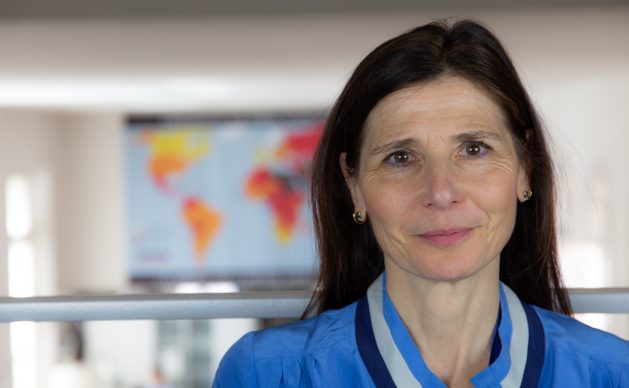 As it released its annual Press Freedom Index earlier this year, the group warned that Europe was “no longer a sanctuary for journalists”, pointing to the murders of three journalists in Malta, Slovakia and Bulgaria in the space of a few months  and warning that “hatred of journalists has degenerated into violence, contributing to an increase in fear… the decline in press freedom in Europe… has gone hand in hand with an erosion of the region’s institutions by increasingly authoritarian governments”.

IPS spoke to Pauline Ades-Mevel, Head of European Union & Balkan desk at RSF about why press freedom was deteriorating across the continent and how, while threats to press freedom in Central and Eastern Europe often make headlines, the situation is far from trouble free in Western Europe. Excerpts of the interview follow. 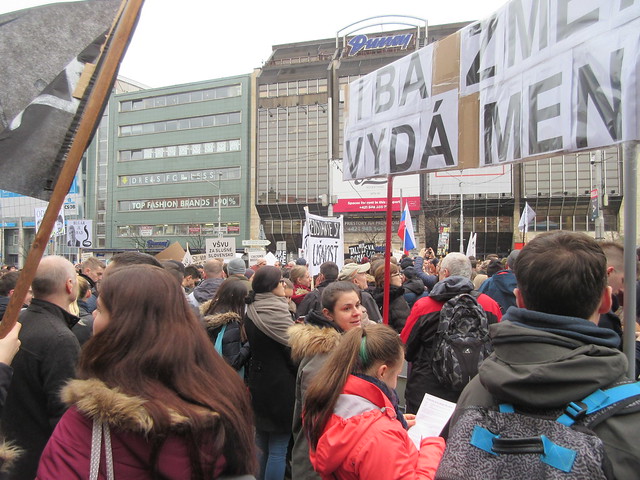 Europe is “no longer a sanctuary for journalists”, says Reporters Without Borders, pointing to the murders of three journalists in Malta, Slovakia and Bulgaria in the space of a few months  and warning that “hatred of journalists has degenerated into violence, contributing to an increase in fear”. Pictured here is a 2018 mass protest in Slovakia in the wake of the killing of investigative journalist Jan Kuciak and his fiancee Martina Kusnirova led to the resignation of the country’s Prime Minister, Interior Minister and head of police. Credit: Ed Holt/IPS

Inter Press Service (IPS): RSF’s most recent surveys and reports suggest that media freedom is on the decline generally in Europe. Is this decline specific for Europe or part of a global trend?

Pauline Ades-Meve (PAM): When working on our most recent Global Press Freedom Index, we looked to see if there was a trend of deterioration of press freedom just in Europe or elsewhere. We found that it was actually a global trend, that we could see that trend in many regions. We looked at why this was the case and, while there are some different reasons in different countries, what we saw in general was that there was a climate of fear in which many journalists were working in. This is why there is this general deteriorating trend. Fear has been causing the most problems for journalists.

In Europe specifically a number of countries have fallen down the Index. This is for a number of reasons and comes with rising populism, anti-media rhetoric from politicians, cyber-harassment of journalists, physical attacks.

PAM: We have seen threats to journalists emerge in recent years in Western Europe. For instance, in Spain, during the Catalan independence protests, leaders of the movement delivered rhetoric which undermined trust in journalists. They did not think journalists were covering the situation properly, or at least not in the way they wanted, and they viewed journalists who were not supporting their cause as people who were working against it and trying to prevent independence.

We recently published a report on the pressures faced by journalists in Spain and people don’t realise that, at the moment, Spain is no longer a heaven to be a journalist when you cover politics.

And then another example is Italy where there are 20 journalists who have around the clock police protection because they are facing threats from criminal networks.

Journalists in Europe are facing cyber-harassment – journalists covering protests in Spain and in France have been attacked online.

There is also a trend we are seeing in Western Europe of journalists being attacked when covering protests themselves. This is because part of the population no longer trusts the media anymore – protest leaders have portrayed them negatively, as untrustworthy, because they are not happy with the coverage. Journalists sometimes face violence and terrible threats from protestors. We have had cases of female journalists being threatened with rape. And sometimes, when they cover demonstrations, journalists are sometimes targeted by both the protestors and the police, which makes their mission even harder. 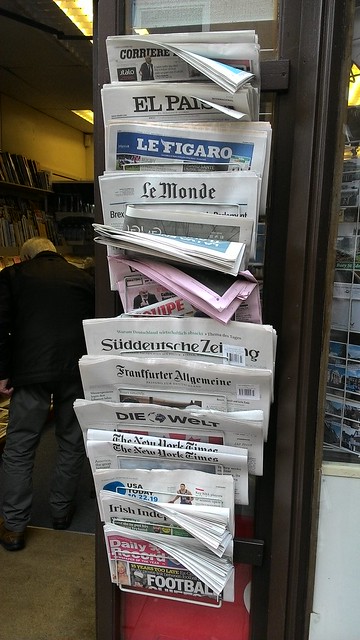 Press freedom is declining in Europe with editorial independence and the safety of journalists under threat in many parts of the continent. Credit: Ed Holt/IPS

IPS: Are these threats growing or changing in nature?

PAM: They are growing and new threats are emerging. One of these is growing legal harassment of journalists. Governments and businessmen are chasing journalists legally, through lawyers and courts, trying to stop them reporting and doing their jobs. This is extremely worrying.

IPS: How do they differ, if at all, from the threats faced by media in central and eastern Europe and the Balkans?

PAM: In some ways the threats are the same. There is a lot of legal harassment of journalists in central and eastern Europe and the Balkans. There is also physical intimidation of journalists and cyber-harassment too, while in some countries the independence of public media is under threat as well with governments trying to interfere in editorial independence, to influence them. We tend not to see this in Western Europe.

IPS: Physical intimidation of journalists is not a new phenomenon, especially in some countries in Europe, e.g. Russia or Ukraine. Is it becoming more common in western Europe, though, and if so, who is doing the intimidation?

PAM: Western Europe is certainly not free of this. Journalists in Western European states do face physical intimidation. Places like France, Spain, Italy, fascist groups in Greece. And it is only a few months ago that a journalist, Lyra McKee, was killed in Northern Ireland. Western Europe is not without this problem, even today.

IPS: There have been cases of journalists being attacked by protestors, and sometimes police, at demonstrations in parts of Western Europe in recent years e.g. in France. While this is not a problem specific to just western Europe, or Europe as a whole, in the past press were generally seen as neutral observers at such events and as such, left alone. Is that changing, are journalists now being seen as ‘fair game’ by certain groups?

PAM: One thing we have noticed in recent years is that due to social media and some ‘media’ which frankly should not be labelled as media, people are losing trust in media in general and this has galvanised certain people in certain movements and groups to attack journalists. As an example, when asked many of the Gilets Jaunes protestors in France said that their favourite TV station for news was the Russian state-sponsored channel RT, or people’s Facebook pages where they could read stories. We could then see at protests that protestors were attacking journalists with rocks because they were not happy with them, they did not trust them, did not think they were portraying the protests the way they wanted them to. So they just attacked them and destroyed their things, like cameras.

IPS: Online hatred towards journalists, including incitement to violence against them, appears to have become more of a problem in recent years. Is this the case in Europe and if so, what do you think is driving this rise?

PAM: This is a problem across Europe, but not just Europe. It is worldwide. Being online means that the attacked can remain anonymous and that anonymity emboldens them, makes them feel stronger. Their hatred also makes them feel powerful. Cyber-harassment is one of the major problems facing journalists in a lot of countries in Europe, both in Western Europe and the rest of the continent.

Much has been reported about authoritarian governments in parts of central and Eastern Europe and the Balkans trying to crack down on critical media so they can cement their power e.g. Hungary, Poland, Serbia. Do you think public perception of western Europe with its historical traditions of democracy and freedoms, particularly freedom of speech, means that people can sometimes mistakenly assume that this could never happen in western Europe?

I am often reminded of conversations between journalists in France who remind themselves of how they work in an environment where they are protected by legislation, by institutions, and have the freedom to do their jobs. But while the West is seen as having traditionally good, strong democracies to protect journalists, the situation with press freedom is not as good as it has been. Populist movements have spread across Europe, including Western Europe. We have seen problems with, for example, independence of public media in Spain.

IPS: Would you say there are greater legal or constitutional safeguards against an erosion of media freedom in western European states than in other parts of Europe?

PAM: I think that Western European states may have a greater sense of European values and respecting those values. This includes respecting the freedom of the media and some governments in Western Europe have moved to specifically protect journalists, even giving them a special status – in Portugal, there is a legal statute protecting journalists so that if someone attacks a journalists it is actually more serious a charge than attacking a normal member of the public.

Overall the situation in Western Europe with regard for respect of the institution of press freedom is better than in other parts of the Europe. This is why we have seen an erosion of press freedom in places such as Hungary, or Bulgaria, because in those countries there is not the same tradition, or sense of, European values.