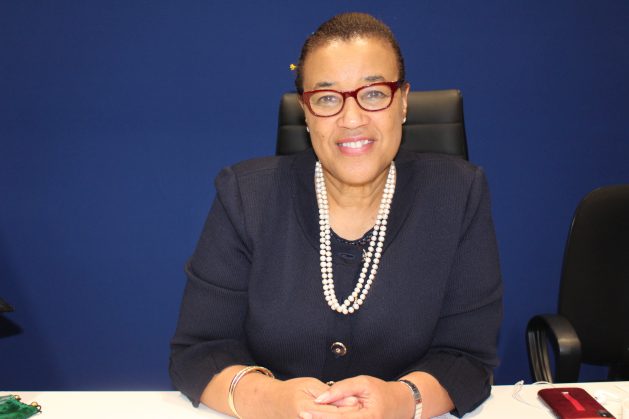 MADRID, Dec 12 2019 (IPS) - Commonwealth countries, including those in the Caribbean, continue to push for more ambition, following reports that a few very influential parties have stymied efforts to respond to the climate emergency.

The Alliance of Small Island States (AOSIS) has expressed concern that if this persists, the majority’s efforts to create platforms to unleash climate action suitable for averting catastrophic warming will be thwarted.

As the United Nations climate negotiations, the 25th Conference Of The Parties (COP25), is nearing an end, Secretary-General of the Commonwealth Patricia Scotland said there is urgent need for higher climate ambition to limit the global temperature increase to 1.5 ° Celsius – or risk severe and irreversible impacts.

“We’ve never seen disasters on this scale before – bigger than ever, seas are rising, there’s increased desertification, increase in drought,” Scotland told IPS.

“The fight is on. Nobody ever knows how a COP will go until the end, so there’s a lot of us who are advocating for greater ambition because we have no choice.”

Scotland said an ideal outcome from COP 25 would be recognition of the IPCC’s findings.

“A recognition that we have no time. A recognition that the IPCC reports are correct and that we now have an aggressive implementable, action-oriented plan, which every single country is going to be committed to delivering. That would be my dream,” Scotland said.

“If you look through everything the Commonwealth is doing, we too are tired of talk; we want to do. We are committed to doing.”

“It is not enough for us to talk. All of us need to do constructive things, which will make it incrementally better and more achievable for us to get where we can go. I think we can do it, but we haven’t got a lot of time.

Dr. Douglas Slater, Assistant Secretary General at the CARICOM Secretariat, said the expectation coming into COP 25 was that it was all about ambition.

For the Caribbean, he said, ambition is about trying to have member states committing to keeping the global temperature rise to below 1.5 ° C.

“We know that is a big challenge, and the ambition we want is that there will be a recommitment of all, especially the big polluters, with their Nationally Determined Contributions,” Slater told IPS.

“In other words, what will they be doing to decrease greenhouse gasses and therefore keep temperatures down? Quite frankly, we are informed that there was supposed to be what you call a stock taking at this meeting, where we would have an idea of where we are. We’re told that that might now come out. If it doesn’t come out, we still hope that we will be on our way.”

Slater said Caribbean countries will continue to put moral pressure on big polluters as they were causing the problems and should commit to solving them.

“We’re seeing the horrible storms, but it is not just those. There are the slow onset events – that is, as the temperature rises and the level of the sea, we are losing land, we’re losing out mangroves, we are losing out coral reefs,” Slater said.

“We want that reality coming out of this COP, that we send a message strong enough so that the bigger players understand and to put some moral pressure on them to say ‘hey, we are part of the universe. We have a right to be here, and that right we have to be here depends on all of us working together.’”