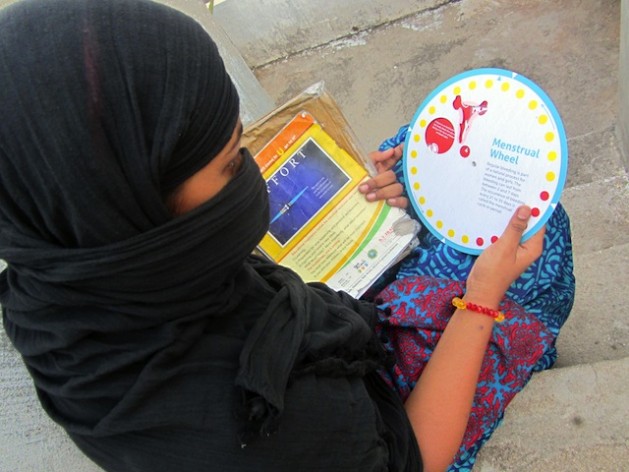 But the social media spat should not divert attention from the issues the day tries to raise in order to break menstrual taboos and raise awareness about the importance of menstrual health and hygiene management for women and adolescent girls worldwide.

And if we truly want to do this, then we must include men not just in the conversation but also in the interventions being implemented.

Despite it being a natural biological process, menstruation is characterized by myths, stigma and taboos across the world.

Among both boys and girls, reproductive health knowledge is often acquired too late. For example, menstruation is often discussed only after it has happened, and begins with a feeling of fear.

As in many cultures, I grew up with menstruation taboos. For example, a menstruating woman is not supposed to slaughter a chicken, prepare certain foods, or brew beer for spiritual occasions.

Also, a menstruating woman is not supposed to verbally inform her sexual partner that she is menstruating. Instead, she will do so symbolically for example, by placing a piece of red cloth on their sleeping mat as there can be no discussion about the matter.

It is not just couples who do not discuss menstruation. Young girls are not able to talk about it openly with their mothers, grandmothers, aunts or fathers – all of whom are potential sources of reliable information.

For example, menstruation is often discussed only after it has happened, and begins with a feeling of fear. In some of my research, an adolescent described her first experience: “Initially, I thought I had urinated without realizing it but I was shocked to see blood. When I informed my mother, she said I was supposed to use rags as sanitary pads and to wash myself three times a day so that I would not smell bad.” The discussion ended there.

Gaps in information are often filled by hearsay. Another girl described how, when she began menstruating, her elder sister advised her to use cotton wool as opposed to sanitary pads “as the latter make one lose virginity”. The elder sister said she had also been told this by her friend.

Clearly, efforts to tackle myths around menstruation must target both girls and boys to reduce menstrual-related stigma and ill-treatment, as well as improve sexual and reproductive health.

When I was in my sixth grade, a fellow classmate had her first period and bled on her school uniform. She tied her jersey around her waist. When the boys realized what had happened, they untied her jersey. She desperately tried to cover the stain with her hands, but the boys kicked away her hands to make sure the stain would remain exposed, jeering in the process. She missed the following week of school.

More than three decades later, girls continue to miss school during their menstrual period. Studies conducted across the whole world have highlighted full or part-day school absences as a result of menstruation.

Of course a range of measures are being introduced into schools to reduce girls’ absenteeism from school including: provision of sanitary products, access to socially acceptable disposal facilities, access to water for washing near toilets, and space for changing. However, very few seem to be targeting boys.

Targeting boys with menstrual health education will not only improve girls’ school attendance but will help address menstrual-related myths and stigma.

A pilot study conducted in Uganda tested a multicomponent school-based menstrual health and hygiene intervention, and evaluated its impact on several issues including, secondary school attendance. The intervention targeted both boys and girls.

Study findings indicated a potential intervention impact on improving menstrual-related school absenteeism. Of note, a drama skit on menstruation was very popular with both boys and girls, and worked well to involve boys in this topic and de-stigmatize menstruation.

It is therefore critical for menstrual health and hygiene interventions to include boys not just for immediate benefits but also for influencing their future thought patterns and behaviors.

Ultimately, men will be able to discuss menstruation with their wives and daughters, thereby significantly breaking taboos and reducing menstrual-related stigma.

Webster Mavhu is a linguist-turned social scientist and global health practitioner who has been conducting research to inform programming for the past 15 years. He is a 2020 @aspennewvoices fellow.