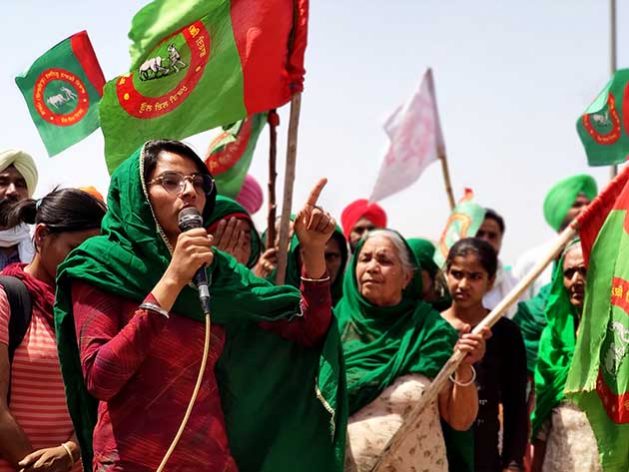 NEW DELHI, India, Apr 15 2021 (IPS) - On 12 January this year, somewhere in the outskirts of the capital, New Delhi, 24 year old Dalit activist Nodeep Kaur was arrested by the Haryana police for protesting outside a factory. During the lockdown in 2020, Nodeep joined a local workers’ rights organization called Mazdoor Adhikar Sangathan (MAS) in the Kundli Industrial Area in Haryana. In January Nodeep was accused of allegedly manhandling management and staff of an industrial area during a protest and also assaulting the police team.

Nodeep had been participating in the farmers’ protest against the central government’s new agricultural reforms as well. She was taken into custody and accused in three separate cases and was charged under sections of the Indian law which included, attempt to murder, extortion, unlawful assembly, rioting and criminal intimidation. She has been granted bail, but her cases are still pending. Nodeep’s case was covered extensively by International media when Meena Harris, niece of American Vice President Kamala Harris, called for her release.

Nodeep’s crime, she told IPS, “I am a woman, I am Dalit and I am giving voice to the people who are often very easily suppressed.”

“They arrested me, they beat me up, ill-treated me, even inside the prison there was so much bias between upper caste and lower caste people. I was tortured a lot, I couldn’t walk, I was in so much pain, they didn’t give me access to a doctor, and kept me in isolation for days. I am grateful that I came out alive and I am here, where I am meant to be, with my people, with the working class and with the farmers,” Nodeep Kaur told IPS.

Nodeep hails from a family of activists and her parents have been associated with farmers’ union in Punjab. In 2014, her mother Swaranjeet Kaur led protest demanding justice for a minor Dalit girl who was gang raped in their village. She faced multiple death threats, was arrested and kept in custody for days.

“I am who I am today because of my mother. Our society is not created equal, there is so much caste based bias and if you are a woman, and a woman from my background (Dalit), its a bigger challenge. From a very young age I learnt to fight not just for myself but for others as well,” said Nodeep. 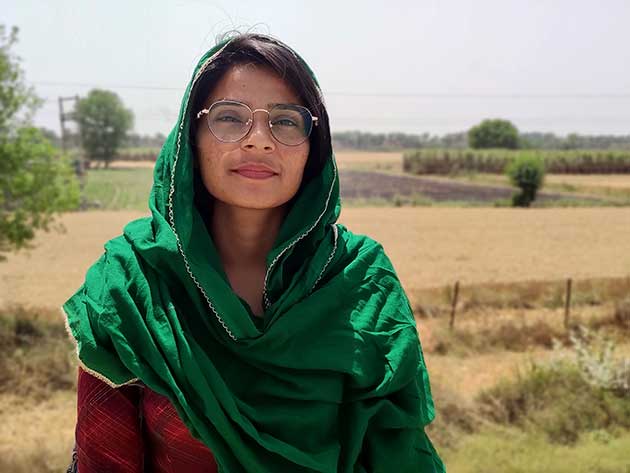 In February, when Nodeep was granted bail, one of the first few statements she made right after coming out of the prison was, “I will definitely go to the Singhu border and sit with the farmers”. A few months into this, today as we speak, Nodeep has become one of the strongest voices that is leading the farmers protest in the country.

“This solidarity that you see today between the farmers and the working class is so powerful. Can you imagine what all can happen now that we are all united and standing up for each other?” says Nodeep. “My battle started with fighting for unpaid wages and unfair treatments of the working class in an Industrial area, and from there, today, I am here supporting and giving my voice to the farmers. I don’t know how or when it happened, but they call me their leader, and I am not going to let them down.”

Thousands of farmers, mostly from Punjab, Haryana and western Uttar Pradesh have been protesting at several Delhi’s borders since November last year against three farm laws. The farmers have been demanding a repeal of the farm laws – Farmers Produce Trade and Commerce (Promotion and Facilitation) Act, 2020; the Farmers Empowerment and Protection Agreement on Price Assurance and farm Services Act 2020 and the Essential Commodities (Amendment) Act, 2020.

The farmers have also demanded a legal guarantee on Minimum Support Prices (MSP) for their crops and also to withdraw the proposed Electricity (Amendment) Bill 2020, as they fear it will eventually lead to an end to subsidised electricity.

“All we are asking for is to withdraw these three laws which will deregulate the sale of our crops,” said Sukhdev Singh, State General Secretary of Bharti Kisan Union to IPS.

“Our biggest concern is that the recent laws that have been enacted by the central government will completely dismantle the MSP system, only the private players will benefit and us farmers we will end up out of business. We cannot afford to shut down the “mandi system”, that’s how we make money. Over 300 farmers have so far died while camping and protesting at these borders in Delhi. We have already lost so much, but our fight will continue,” Sukhdev Singh said.

The farmers protest is considered to be one of the biggest protests that has taken place in india, not just for its size and magnanimity but also because it has put women in the forefront who are now often seen leading the protest despite being asked to leave. 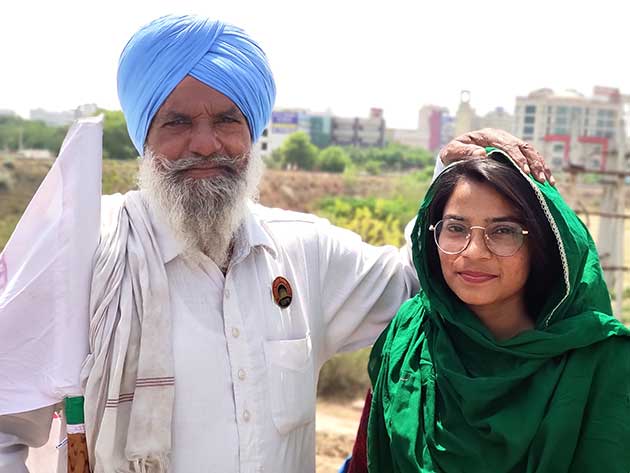 “This is a revolution, we are here to raise our voices, if we don’t do this today, what will our future generations have,” says *Ratinder Kaur, a 65-year-old farmer from Punjab. Ratinder has been camping at Singhu border since January 2021, and plans to stay on at the border as her husband returns to Punjab to cut crops this week.

“How can anyone tell us we can’t participate? We women are farmers too, we go to the field, we farm, we do other labour incentive work and we also look after our families,” Ratinder says.

International Humanitarian group OXFAM states that nearly 80% of the full-time workers on Indian farms are women, they comprise 33% of the agricultural labor force and 48 % of the self-employed farmers yet only about 13% women own land. The agrarian societies in India are extremely patriarchal societies, characterized by deeply entrenched feudal structures where women and men rarely have equal access to resources.

Closing this gender gap is essential in order to accelerate the pace of growth in the agricultural sector. Gender based discrimnation continues to thrive in the country in different ways, for the women farmers in India, they are yet to be recognized as farmers in Indian policies, ”thereby denying them of institutional supports of the bank, insurance, cooperatives, and government departments,” says OXFAM.

“Do you know why we call Nodeep our leader? She is just like us farmers, strong and resilient. Nothing can stop her, and when she goes up on the stage and talks, everybody listens,” says *Kiranjeet, a 57-year old farmer from Punjab who joined the protestors camping at Tikri border and then at Singhu border since March.

“I have left my children back home in Punjab, and I am going to be staying here, just like my other farmer sisters. It’s important for us women to fight this fight, when inflation hits, when prices go up, when there is no money at home, we know how much we have struggled to get the next meal.

“Nodeep is the future, we need youngsters like her, and so many other sisters who came out to support us. When one woman speaks, so many others join her. Our husbands have gone back home, its crop cutting season and now we are going to be here for the next few months, it’s our right and our fight,” Kiranjeet says.

The farmers protest is not the first time women in India took on leadership roles in both political movements and mass protests. Women constituted a significant proportion of street protesters during the anti-CAA protests in the country since December 2019. The biggest challenge in India however remains how to transform their leadership into equal representations in high-level government positions, without gender, caste and religious bias.

The very idea that the farmers movement in the country is transforming women’s presence and influence within their own patriarchal and often caste based biased set ups, there is no pushing them back into a space of invisibility. “Without women there is no revolution,” says Nodeep. “We (women) have gone through so much, have fought so much, have survived so much, they thought they could put inside a prison and I will keep quiet. I am here to fight and I am here to stay, come what may, they have made their people’s leader, and I am not going to let them down,” says Nodeep.