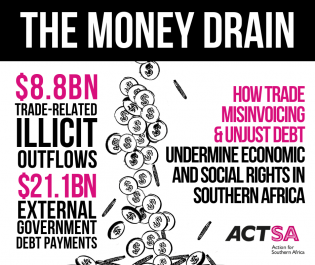 By Lakshi De Vass Gunawardena
Being fluent in a world language is a desirable skill in modern day society. However, some languages are suffering and in danger of extinction -- namely those of the indigenous peoples.

By Lakshi De Vass Gunawardena
There are several initiatives in place to foster sustainable development-- and the Global Geodetic Reference governance frame is one that has proved effective.

By Lakshi De Vass Gunawardena
It has been 74 years since a nuclear devastation took place. But a clear message stands -- that nuclear weapons must go and peace and love must reign. “Because if we forget the horrific consequences of the use of these devices, the likelihood of repetition is increased.” Jonathan Granoff, President of the Global Security Institute told IPS, as the United Nations marked the tragedies of Hiroshima and Nagasaki.

By Lakshi De Vass Gunawardena
More than 24,000 violations have been committed against children across the globe, including recruitment into armed forces, abduction, sexual violence, deprivation of basic needs, attacks on schools and hospitals-- and even murder.

By Lakshi De Vass Gunawardena
As Lake Chad enters its 10th year of conflict, millions of young girls are being used and manipulated in grotesque ways. Maria Sole Fanuzzi, Lake Chad Child Protection Specialist at Plan International, said: “New York City has 8.25 million people, so when we talk about the girls in the Lake Chad crisis, you have to imagine the whole city where we are now is completely filled by children, and half of that would be girls.”

By Lakshi De Vass Gunawardena
Finland has garnered attention for its top-notch education, and the newly appointed Minister of Education for Finland is planning to continue with the success of her country’s education system through various and innovative approaches.

How Skills Can Change Lives of World’s Youth

By Lakshi De Vass Gunawardena
Over 820 million people across the globe are currently undernourished, according to a new report released here.

By Lakshi De Vass Gunawardena
How effective is the global war on drugs? The latest statistics released by the UN Office on Drugs and Crime (UNODC) are staggering: 35 million people across the globe currently have a substance use disorder, and as of 2017, 585,000 people have died worldwide as a result of drug use.
ADVERTISEMENT ADVERTISEMENT