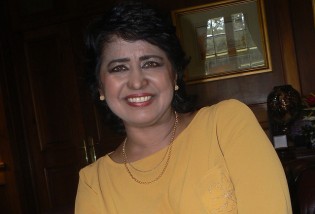 By Nasseem Ackbarally
Fifty year-old Prem Kanoosingh rages against his peers who excessively apply chemicals, mostly pesticides and fertilisers, to their crops. "They make cocktails from several products and they use them on their crops. They are criminals", he shouted at a function where the Food and Agricultural Research and Extension Institute launched a bio-farming project in early March 2016.

By Nasseem Ackbarally
“Look out there, the blue one…. that is a European Union fishing vessel that is threatening our livelihood,” says Lallmamode Mohamedally, a Mauritian fisherman, as he points to a boat offloading its catch at the Les Salines port, close to the country’s capital Port Louis.

By Nasseem Ackbarally
In finding a way to survive a 36 percent cut in sugar prices, Mauritian farmers are not only exporting a variety of fruit and vegetables to the European Union, but they have also begun farming in a more environmentally sustainable way.

As the Taps Run Dry in Mauritius

By Nasseem Ackbarally
Rani Murthy, a public officer who lives in Plaines Wilhems, central Mauritius, wakes at three every morning to wait for the water tanker from the Central Water Authority so that she can collect water for cooking and household chores.

MAURITIUS: The Decline of Consumer Cooperatives

By Nasseem Ackbarally
Amateurism, high prices, mismanagement, and a limited product range have discouraged Inderjeet Rajcoomarsingh, the former chairman of the Mauritius Agricultural Cooperative Federation, from shopping at cooperative stores.

By Nasseem Ackbarally
Mauritius plans to privatise its water sector, as rains become rare, and century-old pipes continue to leak almost 50 percent of the water available, added to waste by the population, mismanagement and over-consumption.

By Nasseem Ackbarally
"We have had enough of the training given to us in cooking, sewing and household works... We now have another dream: of participating actively in the development of our island at decision-making level," says Marie-Anne Laganne, a political trainer at Women In Politics.
Next Page »
ADVERTISEMENT ADVERTISEMENT