OUAGADOUGOU, Jul 29 2011 (IPS) - Opposition members of parliament in Burkina Faso have called on France to open its archives to look for evidence of involvement of the French secret services in the 1987 death of Thomas Sankara. 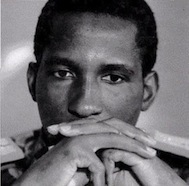 The call is the latest effort in a long-running struggle to force a full and open inquiry into the assassination which brought Burkina Faso’s current president, Blaise Compaoré, to power.

“Evidence presented in other countries indicates that France was involved in the death of Thomas Sankara,” said MP and lawyer Stanislas Benewindé Sankara – no relation to the former president – at a Jul. 16 press conference in Ouagadougou, the Burkinabè capital.

Benewindé Sankara and 11 other opposition parliamentarians wrote a letter to the French National Assembly in April asking it to open an inquiry into the assassination, calling on “cooperation between the two countries” and “the democratic values of France”.

The move builds on a petition launched in December 2009 by an international collective of lawyers demanding an independent inquiry into the death of Thomas Sankara. The lawyers – supported by several non-governmental organisations – hope information from the French archives will shed light on an affair which it believes demonstrates the workings of “Françafrique” (a term used to denounce an alleged policy of hidden machinations by the French government in Africa).

Compaoré and Sankara were not only comrades in arms but childhood friends who were both members of a military government that assumed power in 1983.

With Sankara as president, the regime distinguished itself by promoting self- reliant policies for development, advocating equal rights for women (including designated days when men were required to take over household duties), and in the conspicuous humility of its top leadership (officials swapping gleaming limousines for modest Renaults).

Sankara was also prominent in calling for African countries to repudiate crippling debt incurred by often-corrupt leadership, and turning away from dependence on former colonial rulers such as France.

But on Oct. 15, 1987, he was killed in a coup d'état and Compaoré became president. Responsibility for Sankara's death has never been established by a legal inquiry. Unable to secure an investigation by Burkina Faso's own judicial system, Sankara's supporters have turned elsewhere.

As the statute of limitations for crimes of this nature in Burkina Faso approaches, Sankara’s family and supporters have turned to the judicial systems of other countries.

But they have failed to establish the competence of foreign jurisdictions to consider a matter which took place amongst soldiers and on a military base.

In 2006, the lawyers’ collective turned to the U.N. Human Rights Committee for an investigation, but was stunned by the decision of the Committee two years later to close the file on the Sankara affair without any inquiry taking place.

Effectively, the Committee declared itself satisfied with the responses from the Burkinabè government and its recommendations, notably the identification of Sankara’s grave and the payment of compensation to his family, though this compensation has been rejected.

According to a Burkinabè lawyer who has followed the Sankara affair from the start – and who spoke to IPS on condition of anonymity – the Burkinabè government will feel strengthened by the fact that after the decision from the U.N. Rights Committee, no other international court can consider the case.

“This is something that has taken place in Burkina, involving Burkinabès. So no one can force the Burkinabè government to agree to open a case,” explained the lawyer.

But according to the lawyers’ collective, the call for the opening of the French archives was supported by 6,600 people and has already received support from many personalities and associations in various countries.

Twenty French parliamentarians have so far backed a resolution demanding the creation of a commission of inquiry in France – 10 more MPs are needed to move forward.

These French parliamentarians, like their counterparts in Burkina, are convinced by evidence pointing to an attempt to destablise Burkina Faso, led by the French secret services. They believe it is their obligation “to do everything possible to shine a light on the hypothesis suggesting that French secret services worked together with elements of the Burkinabè military”.

In July, Simon Compaoré, the secretary general of the ruling Congress for Democracy and Progress party, attacked the determination of the MPs to reopen the Sankara affair, calling it simply “a way of passing time”.

Yet the integrity of Burkina Faso’s justice system is among the factors behind a series of mutinies and protests that have shaken the country this year, according to former prime minister Ablassé Ouédraogo. In February, violent student demonstrations followed the killing of a student, Justin Zongo. The authorities initially said he died from meningitis before retracting this statment under pressure. Since then, five police officers have been charged with beating Zongo to death.

“There is no justice in Burkina. People do not trust the judicial system,” said Ouédraogo.

Arba Diallo, an opposition MP who served as foreign minister under Sankara, says the 1987 case is extremely relevant to the problems facing the country today. “If we are now in crisis, the most important reason is the failure of our judicial system. Is our justice system capable of playing its role?” he said.

“The day that this happens will be the day marking the end of an impunity which is the principal disease [affecting the country] today.”

Advocate Benewindé Sankara remains determined. “It’s now more a political than a judicial process and the current political scene in France could work against us. But when there is willingness shown towards Burkina Faso with its intermediaries in France, the case will one day be examined.”