BRAZIL: African Refugees in the Amazon

RIO DE JANEIRO, Sep 15 2011 (IPS) - Wilson Nicolas, from the Democratic Republic of Congo (DRC), was the first African refugee to find his way to Brazil’s Amazon jungle region, and seems to have started a trend. 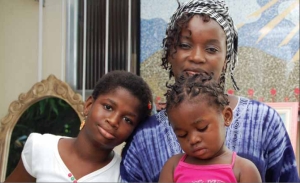 The 56-year-old Nicolas (not his real name) escaped from the province of Équateur in the northwest of the DRC, in central Africa, fleeing clashes between rival ethnic groups over fishing rights.

According to United Nations figures, since 2010 some 30 refugees from Africa who have requested asylum from the Brazilian government are living in Amazon jungle states. The asylum-seekers are from Cote d’Ivoire, Ghana, Guinea Bissau, Nigeria and Sierra Leone in West Africa, Kenya in East Africa, Zimbabwe in Southern Africa, and the DRC.

Nicolas came to São Paulo in late 2009, following a contact who had offered him a job when he escaped from the DRC. From there he continued on to Boa Vista, capital of the state of Roraima in the extreme north, where he found himself on his own, and discovered that it had been an empty promise.

With assistance he made it to Manaus, capital of the northern state of Amazonas and the largest city in the Amazon, and with the help of the Pastoral do Migrante, a Catholic organisation that serves migrants and refugees, he filed an application for asylum with the Federal Police and the Brazilian National Committee for Refugees (CONARE).

His request was accepted in February and he became the first African refugee living in Brazil’s rainforest.

“We are now seeing a new kind of refugee in the Amazon,” Luiz Fernando Godinho, spokesman for the local office of the United Nations Refugee Agency (UNHCR), told IPS. “This region, which generally receives more people from South America, like Colombians and Bolivians, has started to see an influx from Africa.

“It is a small and unobtrusive change, but we started noticing it two years ago,” he added.

Over the telephone, Nicolas told IPS in short, clipped sentences that he left the DRC “because of the war. Even after the (2003) peace agreement, there were areas in conflict. In the place where I was, there was a fight between two rival tribes who lived in the area.”

In 2009, Nicolas had been sent as a geological specialist by the government to the northern city of Dongo, near the Ubangi border river in the province of Équateur, to organise the distribution of land and food.

“When we got there, we tried to bring about reconciliation among the tribes, but a war over land distribution broke out,” he said. The conflict quickly escalated, involving heavily armed groups, and Nicolas was accused of being a government spy.

The violence between the Boba and Lobala clans spread throughout Équateur, and more than 100,000 people fled to neighbouring countries, according to the International Committee of the Red Cross.

“We escaped to the jungle,” he said. “I walked for days and weeks, my feet were all swollen. There were so many people fleeing, children and mothers with babies.”

That particular conflict was just one of a string of wars in the DRC, where four to five million people have been killed since the mid-1990s.

The wars in several countries in the Great Lakes region of Africa have taken the form of ethnic clashes and genocide, but have roots in the multiple international interests vying for strategic control over huge mineral deposits.

While he was hiding in the forest near the border with the Congo Republic, Nicolas lost the notion of time. And he has not seen his family again – his wife, children and siblings – although he receives small amounts of money from them, to help him survive.

Nicolas speaks several languages: Lingala – a Bantu language spoken in northwestern DRC – French, Swahili, English and Portuguese. But the word “saudade” (longing or nostalgia in Portuguese) takes on new meaning for him when he talks about how much he misses his loved ones.

“I have suffered so much from being separated from my family,” he says. But he has no means of travelling, and nothing to offer them in Manaus.

He lives on borrowed money and on what he manages to earn teaching French. And he takes advantage of any temporary work he can find. But since he does not have his diplomas, to validate his university studies in Brazil, he cannot find work in his area of expertise: geoinformatics and remote detection.

“I hope to find a job and gain stability in my life,” he says.

Brazil’s Amazon jungle region is now home to 140 refugees, mainly from Bolivia, and another 700 asylum-seekers of different nationalities who are waiting for a response from the government on their applications. The process takes up to six months.

This country of 192 million people has no quotas for refugees, of which it receives relatively few. According to the country’s law on refugees, passed in 1997, entering the country with false documents does not disqualify a foreign national from applying for asylum.

Most of the roughly 4,500 refugees in Brazil are in the southeast, in Rio de Janeiro and São Paulo – the main ports of entry – and in the state of Rio Grande do Sul and the interior of the state of São Paulo.

Nicolas does not plan to go back. “My country has to be at peace and safe, in order for me to return. Today I am a refugee and I’m going to stay in Brazil. Life is always a battle, and you have to struggle hard to survive.”