LATIN AMERICA: How to Prevent ‘Femicide’ 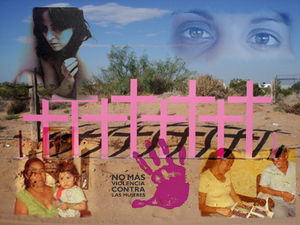 BUENOS AIRES, Nov 23 2011 (IPS) - Vanina Alderete, an 18-year-old from Argentina, is a survivor of a particularly heinous case of domestic violence: when she was 11, her father killed her mother and her two little brothers and left her seriously injured.

Her mother had gone to the police five times to report the threats and abuse. “They told her it wasn’t their job to prevent problems, but to crack down on crime, and they told her not to drag us kids into their problems as a couple,” the young woman told IPS.

Alderete, who lives in the northeastern province of Salta, sued the government and won nearly 250,000 dollars in damages due to the authorities’ negligence and failure to protect her.

The provincial government has said it will appeal the sentence. “Everything they proclaim about the rights of children and women is contradicted by their appeal,” her lawyer, Oscar Juárez, told IPS.

Alderete’s father, who was sentenced to life in prison, left the young woman bereft of family. He killed his wife and their sons, aged eight and five, with a kitchen knife, and left his daughter for dead. She spent three months in the hospital with serious injuries, and now lives with her grandfather.

The triple murder is an extreme example of what is being combated on Nov. 25, International Day for the Elimination of Violence Against Women, which will usher in 16 days of activities worldwide to raise awareness of what activists call the “silent genocide”.

Over the last five years, the legal definition of “femicide” – a term coined for gender-based killings of women and girls – has begun to be incorporated in the criminal codes of some Latin American countries, to give visibility to these cases and to secure policies to combat violence against women.

But experts on gender law, convened by the Latin American and Caribbean Committee for the Defence of Women’s Rights (CLADEM), were generally sceptical about the effectiveness of this legal definition.

Rather than introduce a new type of crime that may be difficult to prove, the experts would rather demand that an official record be kept of these deaths, and recommend a stronger response by the state to reported attacks on women.

“I would like to combat the neutrality of criminal law, but the question is how to do this, because in five countries in the region where the legal definition of femicide exists, it has led to greater impunity rather than effective punishment,” lawyer Susana Chiarotti told IPS.

Chiarotti is a member of the CLADEM advisory council and sits on the Committee of Experts on Violence, part of the monitoring mechanism for the Inter-American Convention on the Prevention, Punishment and Eradication of Violence against Women.

This treaty, also known as the Convention of Belém do Pará, requires the countries of the Americas to “exercise due diligence to prevent, investigate and punish acts of violence against women.” But in cases like Alderete’s, this commitment is dead letter. “It is disgraceful that the state should appeal the verdict, instead of making reparations,” said Chiarotti.

Femicide has been incorporated into the legislation of Chile, Costa Rica, El Salvador, Guatemala and Mexico. “For some countries, creating a new legal definition is the easy way out, but the law is only enforced once the woman has already been killed,” she said.

In her view, it would be better to emphasise prevention, and improve the involvement of the state from the moment a woman makes her first complaint.

But not all the legal experts were in favour of removing the new crime definition from the law.

At the debate convened by CLADEM in Buenos Aires, whose results were published in October as “Contribuciones al debate sobre la tipificación penal del feminicidio” (Contributions to the Debate on the Definition of the Crime of Femicide), some participants felt that the legal definition of femicide might help raise awareness among judges.

Even today, justice officials regard jealousy as a valid mitigating factor in femicide cases, and concepts such as “crimes of passion,” “provocation” on the part of the woman, or “violent emotion” are still used to justify the murders, they said.

However, most of the legal experts were unconvinced by this approach. Peru’s deputy minister for women’s affairs, Rocío Villanueva, analysed the experience of her country at the debate. In Peru femicide does not exist as a legal definition, but prevention work is effective, she said.

Peru has created an observatory under the attorney general’s office that records murders due to sexist violence each year, and documents the victims’ previous complaints of violence or abuse, in order to identify the state’s failures in its duty of prevention.

Some experts, for example, proposed alternative measures such as arresting male aggressors who violate restraining orders barring them from the couple’s home.

The results have not been encouraging in the countries that did incorporate femicide as a legal crime definition. One of the pioneers was Guatemala, where international bodies have sounded an alert over an epidemic of gender-based murders – in a country with one of the highest overall homicide rates in the world.

Between 2000 and 2010, over 5,200 women were murdered in Guatemala, according to the police. In 2008, femicide was introduced as a specific crime, and yet the murders have continued and the legal definition appears not to be effective, in terms of prevention or punishment.

“Most of the perpetrators in Guatemala are convicted for first-degree murder, because it’s hard to prove femicide: it requires proving unequal power relations, misogyny or gender hatred,” said Chiarotti.

The victims’ families are all too aware of these difficulties. In July, Cristina Siekavizza, a business administrator, went missing from her home.

One month later, her husband Roberto Barreda fled, taking their two children with him, and became the main suspect in the disappearance of his wife. A domestic employee in the family home then testified that he had beaten his wife to death.

“Justice in this country moves slowly, if at all,” Juan Siekavizza, father of the woman who is missing, presumed dead, told IPS. “Months have gone by and we’re still no further on,” he complained.

Barreda’s mother, Beatriz de León, a former president of the Supreme Court, has been arrested for obstruction of justice after using her influence to block her son’s capture and conceal the whereabouts of her grandchildren – another example of the way the state treats victims of gender-based crime.

Siekavizza acknowledged that Guatemala has a progressive law against femicide, but said “enforcement is a different issue.”

How can it be that, in spite of the laws against violence in every country, there are still so many men who beat women, disfigure them, and kill them with knives, firearms, their bare hands, or by dousing them with alcohol and setting them alight?

Natalia Gherardi of the Latin American Team on Justice and Gender (ELA) offered this answer to IPS’s question: “There has been a lot of progress on legislation in Latin America, but laws are not the solution to the problems.

“Clearly, states are not indifferent to this extreme form of violence, and the phenomenon is repudiated throughout the region, but there are unpaid debts (to women) unrelated to the legal sphere,” she said.

Gherardi said, for example, that statistics on violence were needed. Today, with the exception of a few countries, most femicide registers are the responsibility of women’s organisations that record cases published in the press.

“Better information would lead to better policies,” she concluded.

She also said the state owes women another debt: guaranteed access to justice. “Criminal law does not prevent crimes; the law must provide other responses so that there are no more deaths,” Gherardi said.

* With reporting by Danilo Valladares in Guatemala City.