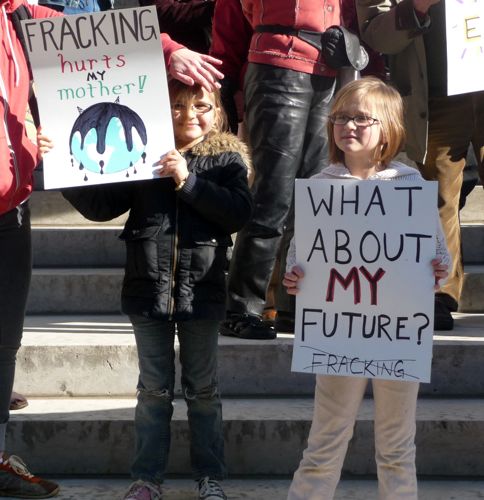 Yet, despite ample knowledge and strong public opposition from various local communities, the recently discovered shale gas deposits across Europe – in particular in France, Germany, and Poland – are highly coveted and will likely soon be exploited by the traditional oil, gas and mineral multinationals.

This year, test drillings are expected to begin in more than 150 locations in Poland, which allegedly contains the richest shale gas fields in Europe. In Germany, local electricity providers have obtained rights to drill in numerous localities in the Northern federal state of Lower Saxony. The French government, meanwhile, has chosen more than 70 sites for drilling, mostly along the Mediterranean coast, around the southern city of Marseille.

Similar projects are under way in Switzerland, Britain, Sweden, and other European countries.

Local communities and environmental groups opposed to the projects argue that the geochemical procedures necessary to liquefy shale gas pose such grave threats to human health and surrounding ecologies that governments should prohibit them.

The recent Oscar-nominated documentary film Gasland by U.S. journalist Josh Fox has fuelled opposition against this burning issue by laying bare the health and environmental risks associated with the oil extraction process.

A week ago, the film was screened in the picturesque Provencal village of Moissac Bellevue, some 650 kilometres south of Paris and just north of Marseille, for an audience of several hundred people. Among the viewers were mayors of numerous neighbouring villages, mobilised by the growing concern within their own constituencies.

“Exploitation of shale gas fields in the region constitutes an enormous risk of ground water contamination due to the massive use of chemicals in the process,” Pierre Jugy, mayor of Tourtour, another Provencal village near Marseille, which will eventually be affected by the drillings, told IPS.

“Given the ambiguity of national legislation on the matter, and the health risks for our citizens, I ask all mayors in the region to prohibit the drillings within their jurisdictions,” he added. “It is our responsibility as elected representatives of our region to guarantee that such risks do not (become a reality).”

The ‘ambiguity’ Jugy was referring to arose from a government decision to suspend its own drilling permits, and commission yet another study on the health and environmental impacts of shale gas exploitation.

Similar studies are under way in Britain, Germany, and other European countries.

The most controversial procedure associated with shale gas is hydraulic fracturing, or fracking. In order to liquefy the gas, wells are dug and then injected with millions of litres of water, sand and chemicals under high pressure, in an attempt to ‘fracture’ the geological masses containing the shale gas.

Benzene is one of the many highly dangerous chemicals used in the process, while similar chemical compounds mix with, and finally contaminate, underground water supplies.

The health and environmental claims against fracking and similar procedures are well founded: In a recent case study, benzene was found in ground water in the north German region of Allerdorf, in Lower Saxony, near a drilling station.

“Last December, we took water samples at a location just above the pipelines of the drilling,” Heinrich Cluever, a local farmer, told IPS. “We found benzene in a concentration of 4,000 microgrammes per litre of water.”

A benzene concentration of as few as five microgrammes per litre is considered carcinogenic, according to Hermann Kruse, professor of chemistry and toxicology at the university of Kiel, located some 300 kilometres west of Berlin.

“Benzene is one of the most dangerous chemical materials we know,” Kruse told IPS. “It is one of the very few chemicals we definitively know causes cancer.”

Benzene has also been found in other regions in Lower Saxony, where local populations have been experiencing extremely high rates of cancer. In Allerdorf alone – a village of less than 30 households – dozens of cases of cancer have been detected.

These ominous signs are widespread and have led to calls for a complete ban on fracking in Germany. So far, however, the government has only pledged to establish strict rules for the projects but stopped short of imposing a ban.

Apart from localised health risks to communities living in the surrounding area, shale gas extraction is also hazardous to the planet as a whole, since fracking releases high amounts of methane, which contribute significantly to global warming. In general, fracking is believed to produce a highly negative greenhouse gas (GHG) emissions balance.

Environmental activists believe that, if the European Union is serious about reducing the region’s contribution to climate change, it will stop drilling altogether.

Experts also predict that the shale gas projects will fail in Europe for a host of other reasons.

“On the one (hand), the geology is extremely complicated,” Ingo Kapp, researcher at the German Geological Centre in Potsdam, near Berlin, told IPS. “On the other side, Europe’s high population density makes the drillings much more difficult. Finally, the environmental rules are stricter (here) than in the U.S.”

Kapp added that the European geological structures containing gas lay much deeper than in the U.S.

“They are also smaller, and of a different geological nature, which makes drilling much more expensive,” Kapp told IPS.

Such data is corroborated by GASH, a joint venture funded by leading energy multinationals for coordinating corporate research on shale gas in Europe.

“Western Europe is a region that has been said to have only minor shale gas resources,” GASH said in a communiqué. “One reason for this is Europe’s strong compartmentalisation of the geological setting compared to the large sedimentary basins in the U.S.”

For such reasons, Kapp predicted, “A gas revolution (similar to the one) in the U.S. won’t happen here.”

However, some troubling cases should serve as a reminder to the European activist community that they still face a long battle against multinationals and governments with vested interests in extraction projects.

For example, in Poland, where well over a hundred drilling projects are slated to commence in 2012, environmental activists’ efforts to discuss the risks with local populations have been hindered by the fact that government officials have branded their public education campaigns “national treason”.