NEW YORK, Feb 28 2012 (IPS) - Amid mounting tensions between Iran and the United States over Tehran’s nuclear programme, perhaps nothing less than an Oscar to the acclaimed feature film “A Separation” could have brought smiles to the faces of millions of Iranians who see most news as bad news these days. 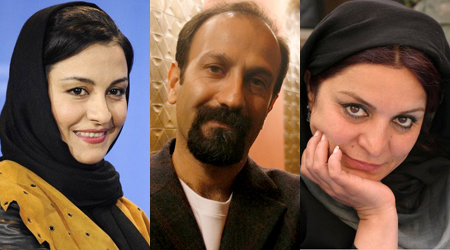 Written and directed by Ashghar Farhadi, “A Separation” was Iran’s entry for the Academy Awards in the Best Foreign Film category. An acclaimed and powerful drama, the film received the first Oscar in Iran’s cinema history Sunday night in Los Angeles for a sophisticated story that captures the essence of everyday life and the difficulties of being honest when it’s costly to do so.

In 1997, Majid Majidi’s “Children of Heaven” was nominated for an Oscar, but lost to “Life Is Beautiful” from Italy.

“‘A Separation”s position has surpassed the Iranian independent cinema; it is now (emblematic of) national hope,” the prominent Iranian director Tahmineh Milani told IPS in a telephone interview from Tehran.

“A lot of people really need for this film to be more successful, like a public hope, because Iranian society, especially among the youth, is so depressed that this prize has created hope and public solidarity,” she added.

The film portrays a struggling middle-class couple whose moral values are put to the test when an incident reveals hidden layers of the characters’ personalities and dignity.

In January, when Asghar Farhadi won the Golden Globe Award in the Best Foreign Language Film category, in his short speech, he said only that his people are a “peace loving” people. Many criticised him for not using the podium to send a stronger message from such a unique venue when millions of people were watching.

But Farhadi, well-known for not getting involved in politics at home, had the most political speech of the 84th Academy Awards, a speech that not only pleased millions of Iranian viewers but also Iranian officials who have been hammered by the international community with a series of severe sanctions and threats of a military attack against Iran’s nuclear sites over the past months.

“At this time many Iranians all over the world are watching us, and I imagine them to be very happy,” said Farhadi, adding, “They are happy not just because of an important award or a film or filmmaker, but because at the time the talk of war, intimidation, and aggression is exchanged between politicians, the name of their country, Iran, is spoken here through its glorious culture, a rich and ancient culture that has been hidden under the dust of politics.”

Farhadi, who is expected to go back to Iran shortly after his trip to the U.S., walked a fine line in keeping his speech neutral, not specifying Iran or the West as the source of ongoing tensions, and made his speech all about the Iranian people.

“I proudly offer this award to the people of my country, the people who respect all cultures and civilisations and despise hostility and resentment,” Farhadi added.

Merila Zarei, a veteran actress in Tehran who appears in “A Separation” told IPS, “The fact that the film was made by a group of Iranian cinema professionals and has been seen able to compete with films from other parts of their world, based on international standards, is an honour for Iran’s cinema and film industry, and it helps our country’s culture and film industry to be recognised in the world.”

“Perhaps this Oscar can be a good starting point for others to follow the Iranian cinema more seriously,” she said.

For Zarei, working with Asghar Farhadi was an extraordinary experience. “As an experienced actress, working with him was like learning in a classroom,” Zarei said. “He taught us so many nuances expertly, affecting the way our work flowed. I believe that was the result of his knowledge, awareness, and expertise.”

“A Separation” earned a first Oscar for Iran at a time when the country’s film industry, particularly since the 2009 presidential election, has been under unrelenting pressure from authorities.

Last month, the government shut down the independent “House of Cinema” (Khane Cinema), the Iranian Alliance of Motion Picture Guilds, which has more than 6,000 members.

In September 2011, Iranian authorities arrested five documentary filmmakers and accused them of working or cooperating with the BBC Persian Service. The five documentarians were never tried in court and were released weeks later.

Last year, Jafar Panahi, one of Iran’s most prominent directors, was sentenced to six years in prison and banned from filmmaking, interviewing and traveling for 20 years for making a movie on Iran’s 2009 electoral unrest and subsequent crackdown. Panahi’s co-director, Mohammad Rasoulof, was also sentenced to one year in prison.

“The atmosphere was so constricted last year, and the inappropriate implemented policies have now reached a negative stage in the government-sponsored cinema,” Tahmineh Milani told IPS when asked about the freedom filmmakers exercise inside Iran.

“When we bring up issues and report on the shortcomings and deficiencies, we prepare the background for cultural and social growth,” Milani said in a telephone interview from Tehran. “Artists are not obligated to prescribe remedies for the society. They can only report the pain. The one who (should) come along and find the solution is the person who is the country’s macro manager.”

“It is these types of criticism that solve the problem,” Milani said. “But now the authorities say, ‘We don’t have any problems at all for you to bring up. Whoever brings up the problems is my enemy.’

“But it isn’t like that at all. I am not considered a political person myself, but I cannot withhold my reaction to the shortcomings or to the deep social issues in our society, I cannot remain silent.”