VANCOUVER, Mar 1 2012 (IPS) - The Earth’s life support system, which generates the planet’s air, water and food, is powered by 8.7 million living species, according to the latest best estimate. We know little about 99 percent of those unique species, except that far too many are rapidly going extinct. 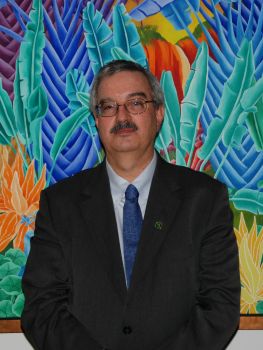 Rio+20 is not a major conference on biodiversity, but everything discussed there will relate to biodiversity, said Braulio Ferreira de Souza. Credit: Courtesy of CDB

What can be done to slow down this process, which could eventually lead to the extinction of the human species?

“The challenge is to find the middle ground between economic interests, livelihoods and conservation,” says Braulio Ferreira de Souza Dias, the newly appointed head of the Secretariat of the United Nations Convention on Biological Diversity (CBD), the international agency charged with helping countries slow and reverse the loss of plants, animals and other species.

A native of Brazil, Dias holds a doctorate in zoology from the University of Edinburgh, and worked for many years at the Brazilian Ministry of the Environment, where his last position prior to joining the CBD was as Secretary of Biodiversity and Forests.

In this interview with Tierramérica*, Dias called for biodiversity to be mainstreamed into all government policies and sectors.

Q: Why are species going extinct and why does it matter?

A: I’ll give you an example. Agriculture has a lot of impact on biodiversity. Conversion of natural lands results in losses of services that natural ecosystems provide, like reducing flooding and cleaning and retaining water. We also lose genetic diversity, which means the loss of options for the future to combat diseases, and many other potentially useful things for humanity. Once a species goes extinct, it’s gone forever.

Q: How do you hope to slow the accelerating loss of species as the new executive secretary of CBD?

A: One major goal is to mainstream biodiversity, which means involving all government departments at all national governments. We want them to understand and consider the impacts on biodiversity when they create rules and policies. Studies such as TEEB (The Economics of Ecosystems and Biodiversity) provide the data about the importance of biodiversity to all countries’ economies.

It’s not easy to do and there are no magic solutions.

Q: Does the controversy over Brazil’s Forest Code illustrate the challenge of mainstreaming biodiversity? (Changes to the Forest Code may allow increased logging and clearance of the Amazon rainforest.)

A: It is a concrete example of the challenge. Governments have to deal with competing interests. In this case, farmers and environmentalists, agricultural interests and the general public. The challenge is to find the middle ground between economic interests, livelihoods and conservation.

In 2011 Brazil’s lower house adopted a version of the Code that seemed to favor the interests of agriculture. In December, the Brazilian senate made changes that offer a more balanced approach. That version will now go before the lower house in March.

Brazil has been successful in reducing deforestation over the last decade due to better education about the real value of conservation and natural ecosystems. The public has definitely increased pressure on the governments.

Q: How important is education?

A: Information is key, but so are financial instruments. For example, I would like to see an agreement at our next Convention of the Parties meeting (COP 11 in Hyderabad, India) for governments to use sustainability criteria for any of their purchases.

Q: COP 10 in 2010 resulted in the Nagoya Protocol on Access to Genetic Resources and the Fair and Equitable Sharing of Benefits Arising from their Utilisation. What are countries now obligated to do as a result of the agreement?

A: Nations made a strong commitment to reduce biodiversity losses at COP 10 in Nagoya. It was a major achievement. Each country now has a national strategy and an action plan to protect biodiversity in their countries. That commitment needs to be brought to sub-national levels and across all sectors so that there will be results on the ground. This is not easy for most countries to do and will require funding and technical assistance.

Q: The experts and diplomats who negotiated the Nagoya Protocol need to get their national governments to agree. When do you hope to have the Protocol ratified (and thus legally binding)?

A: More than 90 countries have submitted a letter of agreement saying they intend to ratify the Protocol. However, it takes time to go through the various legislatures of every country. We do have some ratifications, but we will not get to the 50 required for the Protocol to be in force by COP 11 in October.

Q: What else will be on the agenda at COP 11 in Hyderabad?

A: We will work on establishing a new funding mechanism and setting up a work program – that’s the “how to” part of meeting global biodiversity targets.

Conservation in the open oceans will be a special topic. No country has jurisdiction over these areas and so they are not part of any national plans. The open oceans are extremely important areas of biodiversity and ecological processes. (Ocean plankton provide much of the oxygen we breathe.)

Q: What about the Rio+20 conference this June? It is the 20th anniversary of the historic Earth Summit that gave birth to the CBD.

A: There is a broad agenda about how to move to a green economy. This is not a major conference on biodiversity, but all of that will relate to biodiversity. If Rio+20 moves the agenda forward it will help with biodiversity.