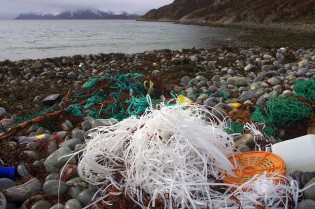 Q&A: Transforming the Way the Global Environment is Managed

By Busani Bafana
The Global Environment Facility (GEF) is ready to be a catalyst for transforming the way the global environment is managed, said the next CEO and chairperson of the multilateral institution, Dr. Naoko Ishii, in this interview with Tierramérica *.

Rio+20 and beyond: together for a sustainable future

By José Graziano da Silva
As stated in the 1972 United Nations Conference on the Human Environment and the 1992 Earth Summit, human beings are at the centre of sustainable development. However, even today, over 900 million people still suffer from hunger. Poor populations worldwide, especially in rural areas, are among those most vulnerable to the food, climate, financial, economic, social and energy crises and threats the world faces today.

By Stephen Leahy
The Earth's life support system, which generates the planet's air, water and food, is powered by 8.7 million living species, according to the latest best estimate. We know little about 99 percent of those unique species, except that far too many are rapidly going extinct.