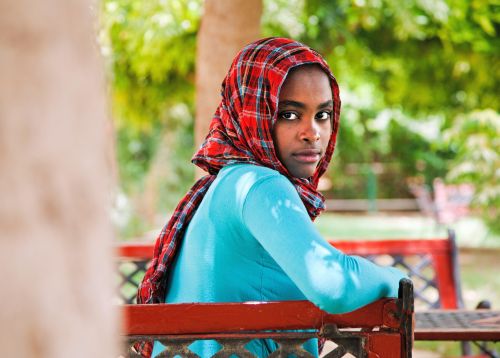 UNITED NATIONS, Apr 25 2012 (IPS) - The United Nations, which has remained focused on the world’s political and military hotspots, has turned its attention to the bigger socioeconomic issues facing adolescents and youth, including poverty, sexual abuse, female genital mutilation and lack of reproductive health care.

“This generation of youth is the largest in history,” Secretary- General Ban Ki-moon told a meeting of the 47-member U.N. Commission on Population and Development (CPD), which concludes Friday.

“And even more important, this generation of youth is shaping history,” he said, in an oblique reference to the role played by youth in political uprisings in the Middle East and North Africa, including Tunisia, Libya, Yemen, Bahrain, Egypt and Syria.

The theme of the weeklong CPD meeting is “National Experience in Population Matters: Adolescents and Youth”.

Out of a growing world population of over seven billion, about 1.2 billion have been identified as adolescents and youth, according to the United Nations. And of this 1.2 billion under the age of 20, about 300 million live in “grinding poverty”, says Dr Babatunde Osotimehin, executive director of the U.N. Population Fund (UNFPA).

Expressing concern over the well-being of adolescent girls, he said the leading cause of death was complications from pregnancy and childbirth.

“They need our protection and our help,” he told delegates.

Dr. Osotimehin said his agency was harnessing the power of technology, utilising mobile phones to help midwives and bringing participants together over Skype.

The youth on “the other side of the digital divide” was being harnessed through Facebook and Twitter.

“Those efforts are essential to young people’s sexual and reproductive health, “as awareness can spell the difference between life and death.”

The secretary-general had an equally distressing message when he pointed out that upto 60 percent of sexual assaults involved girls under the age of 16, and more than three million girls worldwide were at risk of female genital mutilation every year.

More than 100 million adolescents were not in school, and over 75 million young people were unemployed.

“We have a collective responsibility to drive these numbers down,” he added.

Turning to the youth delegations at the meeting, the secretary-general said: “Welcome. This is your United Nations.”

As part of the African Union, the 13 members of the Southern African Development Community (SADC), have said they will continue to commit themselves to implement the 2009-2019 Decade for Youth Empowerment and Sustainable Development to address the growing challenges facing youth.

Speaking on behalf of SADC, Ambassador Ismael Gaspar Martins of Angola said: “We must accelerate the training of youth for sustainable development and the promotion of youth volunteering,”

Dr. Sugiri Syarief, chair of Indonesia’s National Population and Family Planning Board, pointed out that it is critically important for member states to discuss ways of effectively addressing the many challenges confronting youth.

And since 2005, Indonesia has allocated 20 percent of its national budget on education, and the government is developing a scheme to ensure 12 years of compulsory education.

Indonesia will also host an International Youth Forum in December in the island of Bali.

Speaking at a Global Colloquium of University Presidents at New York’s Columbia University last month, the secretary-general spoke of the growing power exercised by the world’s younger generation in an age of high speed technology and the information super highway.

The secretary-general said the United Nations is developing an action plan for the coming years.

“We want to work with youth on major issues affecting them, including joblessness, political inclusion, human rights and sexual health,” he said.

And young people are using Facebook and Twitter to organise protests, speak out against human rights abuses and end oppression, he added.