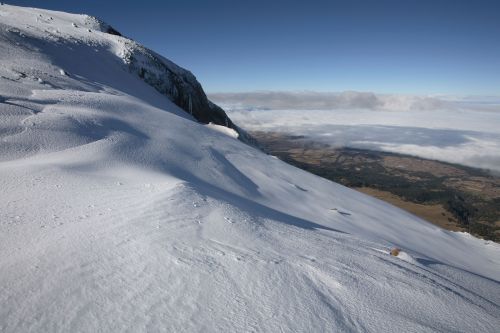 UNITED NATIONS, Apr 19 2012 (IPS) - The Rio+20 sustainable development summit, scheduled to take place in Brazil in June, is billed as a key meeting of world leaders who are expected to renew their political commitment and approve a wide-ranging plan for a greener future.

“Without exaggeration,” says Secretary-General Ban Ki-moon, “I would call it one of the most important conferences in the history of the United Nations.”

Still, a U.N. Preparatory Committee (PrepCom) negotiating the final plan of action – formally called the “outcome document” – is virtually deadlocked on a draft text which has “ballooned” from 20 to 200 pages.

At least one Western diplomat was quoted as saying the final outcome document, currently known as “zero draft”, should really be reduced to about five to 10 pages. And this will be one of the monumental tasks before the PrepCom, comprising all 193 member states, which will continue negotiations next week, beginning Apr. 23.

The PrepCom will make one last attempt to finalise the action plan over a two-week period through May 4.

If it fails to reach consensus, negotiations will be resumed in Brazil Jun. 13-15 in a do-or-die attempt to finalise it before the three-day summit Jun. 20-22, officially called the U.N. Conference on Sustainable Development (UNCSD).

One Asian diplomat says the scenario is predictable, and as in previous international conferences, the negotiators are expected to meet round-the-clock in the final days in a desperate attempt to meet the deadline.

“When the text is finally agreed upon,” he said, with a tinge of diplomatic exaggeration, “half the delegates will be fast asleep in their hotel rooms and the other half will be dozing off in the committee room while the negotiations are going on.”

As an afterthought, he added, “Not to mention those delegates who are already heading towards the airport even while the remaining negotiators are adding the final touches.”

“And that’s the usual political game plan before a U.N. summit,” he told IPS. “The final document is eventually the brainchild of a small core group dedicated to leave its fingerprints on it.”

Ambassador Kim Sook of South Korea, one of the co-chairs of the PrepCom, (along with Ambassador John Ashe of Antigua and Barbuda), told a closed-door meeting of the 132-member Group of 77 developing countries that many paragraphs in the document are “too long and complicated to read and comprehend”.

“A clear indicator of the success of Rio+20,” he said, “will be the quality of the outcome document to be adopted by more than 135 heads of state and government.”

“We have a long text,” Kim said, “but very few negotiating days.”

Beginning Apr 23, the co-chairs plan to “try their best to utilise our limited negotiating days as efficiently as possible,” including three sessions per day: morning, afternoon and evening.

Kim called upon all parties – specifically the negotiating groups, including the European Union (EU), the G77, the East European Group (EEG) and the group of countries known as JUSCANZ (Japan, the U.S., Canada, Australia and New Zealand) – “to participate in the negotiations in the spirit of collaboration and compromise, and with the goal of agreeing on a focused political document, which is both action and future-oriented.”

He said members have been provided with “a compilation text” which includes a “suggested text” by the co-chairs, together with the zero draft and all amendments.

According to the United Nations, the “zero draft” titled “The Future We Want” is based on more than 6,000 pages of submissions from member states, civil society groups, businesses, consumers, trade unionists, farmers, students, teachers, researchers, activists, and indigenous communities, all of them categorised under a single heading called “major groups”.

Besides the complaints made by civil society groups on the deletion of crucial issues, including gender, reproductive and human rights from the outcome document, there are also other contentious issues such as financing for sustainable development where member states are deadlocked.

“The rigorous negotiating process is a clear call for the outcome of Rio+20 to be one that takes bold, decisive action that sets us on course for a more sustainable future,” says U.N. Under-Secretary- General Sha Zukang, who has been designated secretary-general of the summit.

Paying a compliment to Brazil, he said, “At the national level, as host country, you have allocated and mobilised unprecedented financial, human and material resources for an event that promises to be the largest, most participative U.N. event of its kind (with Brazil expecting as many as 50,000 participants).”

Meanwhile, at a press conference last month, just after the Mar. 19-23 negotiating sessions, Tim Core of Oxfam International said that “business-as-usual negotiations in an age of crisis is just not acceptable.”

He said the March negotiations had produced nothing “but hardened positions, weak pledges and eleventh hour amendments that eroded real gains in sustainable development”.