May 31 2012 (IPS) - It is vitally important that governments and civil society organisations start transitioning to a more sustainable global food system in order to achieve lasting development. 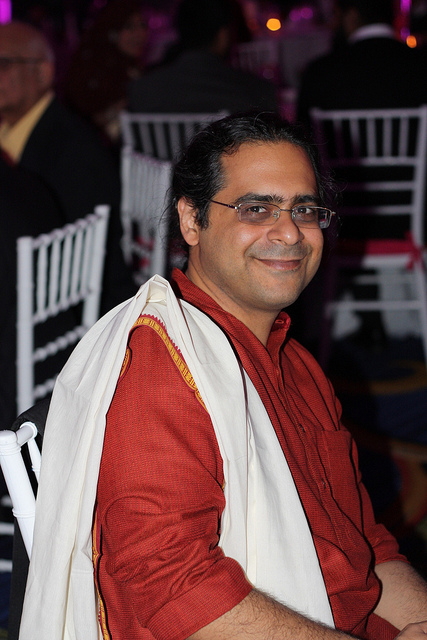 The current global food system is unsustainable and does not allow for farmers to live lives of dignity, says Sameer Dossani, ActionAid International advocacy coordinator. He was speaking ahead of his organisation’s participation in the upcoming Rio+20 summit, otherwise known as the United Nations Conference on Sustainable Development, which takes place from Jun. 20 to 22 in Rio de Janeiro, Brazil.

ActionAid International will be one of up to 50,000 participants, including business executives and civil society representatives, and over 135 heads of state and government that will be present.

“A sustainable global food system prioritises maximising production through a reliance on inputs such as chemical fertilisers and pesticides. When a farmer cannot afford the costs related to these inputs, she is pushed aside and her land is generally bought by bigger farmers or corporations,” Dossani says.

He says that a more sustainable approach to agriculture would focus on the diversity and knowledge that already exists, while also welcoming low cost, new technologies to improve production.

“ActionAid considers sustainable agriculture to be an approach derived from the recognition of the human right to food. It is a way of life based on self-reliant and agro-ecological systems, which encompass all forms of livelihoods for smallholder farmers, farm workers, landless people, pastoralists, livestock farmers, fisheries and hunter-gatherer societies,” he says.

Dossani says that since the U.N. adopted Agenda 21, an action plan for sustainable development, at the 1992 Earth Summit in Rio de Janeiro, some governments have made considerable progress in curbing least-sustainable practices.

While Dossani argues that a shift towards sustainable development is inevitable, he adds that upholding the status quo on these matters is no longer an option.

Q: Is the concept of sustainable development working? Twenty years on since Rio we are still talking about it.

A: It’s true that some actors, perhaps especially the UNFCCC (the United Nations Framework Convention on Climate Change), seem to be putting a lot of money and time into processes that aren’t going anywhere. We would certainly question the efficiency of these processes and call on the international community to resolve to address these issues in a more cost-effective manner.

However, sustainable development and related issues being discussed at Rio are of vital importance to communities, and maintaining the status quo is not an option. A shift towards sustainable development is inevitable. Whether the change towards sustainability is strategically planned and gradual, or whether that change comes as a result of economic crises and increasing climate disasters is a question for all of us to decide.

Q: Global poverty is not on the wane, quite the opposite. Are we realistic when we talk of the need for social and climate justice?

A: We cannot talk of meaningful poverty reduction without also addressing the question of justice. To quote Nelson Mandela: “Poverty is not an accident.” There is a lot of poverty in the world, but there is also a lot of wealth in the world – more than enough to tackle these problems.

Q: Is the world ready to move away from business as usual and address climate change?

A: The world has to be ready. The alternative is grim – increasing frequency and intensity of climate-related natural disasters, increasing conflict over resources, inability of poor communities to afford increasingly scarce and expensive resources including food, and ultimately the threat of losing cities and rural areas to rising sea levels.

Q: What progress have we made since the adoption of Agenda 21?

India’s National Rural Employment Guarantee Act is one example that comes to mind.

Unfortunately neither the development initiatives nor the carbon cuts have done enough to ensure that everyone can enjoy the right to lead a life of dignity, and that those who are privileged enough to lead middle-class lifestyles aren’t doing so by polluting the world for future generations.

Unfortunately, there has also been some “false” progress, and by this I mean the promotion of mechanisms that do not address the issues, but sometimes appear to do so.

The promotion of biofuels, for example, not only fails to address the issue of carbon emissions (most biofuels currently in use still emit large amounts of carbon), but also puts food crops in direct competition with crops used for fuel. This practice needs to stop. As a first step, countries should end subsidies and incentives for biofuels.

Q: What are your expectations of Rio+20?

A: We would like to see countries make a strong commitment to clearly defined sustainable agriculture at the Rio+20 summit, and the outline of a process that lays out the shift away from industrial agriculture towards a model that places the lives and livelihoods of farmers and the rural population before other concerns, including profit.

Once that is agreed, ActionAid would call on countries – especially G20 countries – to ensure that sufficient funding is available to help communities shift to climate resilient sustainable agriculture. The 100 billion dollars that was committed by the leaders of rich countries in the Copenhagen COP (Conference of the Parties to the U.N. climate change convention, in 2009) ministerial would be a good starting point to begin talking about the additional finance necessary.