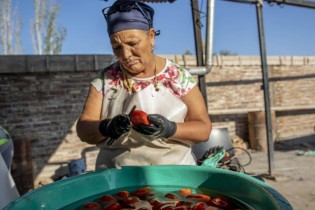 By Anne-Marie Steyn
Peter looked confused as he recounted how he’d painstakingly planted potatoes to sell and to feed his family of eight, only to find that when harvest time rolled around he had been greeted with tiny tubers not much bigger than golf balls.

By Kwesi Atta-Krah and Reynaldo Bismarck Mendoza
For Roberto Pineda, a smallholder farmer in the Somotillo municipality of Nicaragua, his traditional practice after each harvest was to cut down and burn all crop residues on his land, a practice known as “slash-and-burn” agriculture.
Next Page »
ADVERTISEMENT ADVERTISEMENT