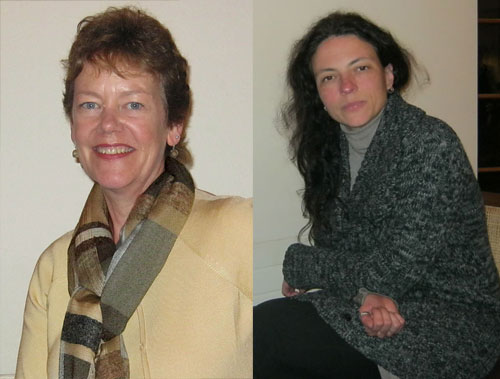 SANTIAGO, Aug 15 2012 (IPS) - Medical care is associated with images of cleanliness and good health. Today’s hospitals, however, are major sources of pollution and consume large amounts of valuable resources, like energy.

Often this pollution leads to illnesses which must be treated by the same hospitals that contributed to causing them, the co-director of Health Care Without Harm in the United States, Kathy Gerwig, told Tierramérica*.

The problem is that “environmental health is usually not taught in medical schools,” added Gerwig, vice president of workplace safety and environmental stewardship officer for Kaiser Permanente, one of the United States’ leading non-profit health care providers.

But hospitals are beginning to address the issue of their ecological footprint.

Health Care Without Harm has attracted more than 3,500 institutions throughout the world to the Global Green and Healthy Hospitals Network. In Chile, network members include the hospitals in Illapel, Salamanca and Los Vilos and the Provincial Health Department of Choapa, a province in the Coquimbo region.

In order to join, institutions merely need to commit to at least two of the ten goals established in the network’s global agenda, in the areas of leadership, chemicals, waste, energy, water, transportation, food, pharmaceuticals, buildings and purchasing.

The global agenda is a voluntary initiative. Its aims include the total elimination of mercury, a potent neurotoxin used in a variety of products including thermometers, sphygmomanometers (blood pressure meters) and various electronic devices.

The campaign to ban mercury has been joined by hospitals and national and provincial authorities in numerous countries in Latin America, such as Argentina, Brazil, Chile, Uruguay and Nicaragua, biologist Verónica Odriozola, the regional coordinator of Health Care Without Harm, told Tierramérica.

Gerwig and Odriozola spoke with Tierramérica during the Hospitals of the Future conference held in Santiago on Aug. 9.

Q: What are the most significant environmental impacts of hospital systems?

There are diseases that are the result of environmental exposure, for example, cancer. Hospitals sometimes have vinyl floors, and when vinyl is manufactured or incinerated it releases dioxins, which are carcinogens.

A second example is energy use. Energy from petroleum products is responsible for climate change, and the health effects of climate change include more infectious diseases, while severe weather like heat waves, fires or floods can damage people.

Hospitals use energy 24 hours a day, seven days a week, and in the United States hospitals are the third largest user of energy in the sector of commercial buildings.

Q: What does Health Care Without Harm Propose in terms of hospital waste?

A: There are two issues about medical waste in which Health Care Without Harm is most interested. First, treatment. Incineration often is hazardous to environmental health, so we are looking for alternatives. For example, in my organisation most medical waste is being treated by steam sterilisation.

The second big issue about waste is the volume. We do three things: one is to be smarter on purchasing, by not buying things that you just come to throw away; we also want to maximise recycling, and we reuse materials as much as possible.

Q: What are some concrete examples of good practices in certain hospitals?

A: Let’s talk first about energy. We focus on reducing our energy use, and using more renewable energy, like solar. A specific example of reducing energy is lighting. We adopted a standard in our operating rooms, in all Kaiser Permanente hospitals, to use only LED lights, which reduce energy use. We are now changing the lighting across all of our hospitals. The lights themselves use less energy, and they are not as hot so you don’t need to cool as much as with other lighting.

Another example is food. We have farmers markets at every hospital of Kaiser Permanente now, usually once a week. Environmentally that means that we are supporting local farms, and those farmers then have reliable incomes; the farmers who want to provide local food have a better opportunity to be profitable because large hospitals can consume a lot of their products. It also means hospital staff can buy their food, and sometimes in our communities it is an important source of locally grown food for people who live nearby.

In the United States about three percent of the total fresh fruits and vegetables are organic, and about six percent of the food we serve our patients is organic. All the diary products consumed at Kaiser Permanente hospitals are free of added hormones and we are working on menus that rely on less meat.

Q: What percentage of hospital systems in the world have joined the network?

A: It’s difficult to say right now, because we are in the stage of adding members, and new members join as founding members. But there are a number of big members, such as the public health system in the Mexican capital, and the national health system in England. And then there are individual hospitals and hospital associations.

Q: And in Latin America?

A: Some countries stand out because we haven’t had the opportunity or capacity to reach them all. There has been considerable progress in Brazil, Argentina and Mexico. In Chile, the campaign against mercury, which began with a few pilot hospitals, eventually led the Ministry of Health to adopt a commitment that now encompasses 90 percent of public institutions.

We are also working in Costa Rica, and starting out in Nicaragua, where the health care system is already mercury-free thanks to our work.

Q: In the recent health reform in the United States, were these issues addressed?

A: Some of them. They are not exposed, but there are a lot of opportunities that the new law offers to the environment. For example, it requires electronic medical records instead of paper. Not only do you save paper, but it allows hospitals to provide more efficient health care. If you can e-mail your doctor you might avoid a car trip to hospital.

Another interesting concept in health reform is that it provides incentives to prevent diseases. The better you are in preventing diseases, the less you are required to use resources to treat those diseases.

Q: Are your campaigns aimed at changing public policies, or are you content with voluntary membership?

A: We work with actors in the system and in the long run our aim is for the changes to become public policy, because it would be difficult for us to go after every single hospital to bring about change.

But sometimes these changes work better from the bottom up, as we saw in Chile with regard to mercury.

In this case, our work now is to try to help this voice reach the current international negotiations for an agreement on mercury, in which the health care sector can say, “These products contain mercury and can be globally banned; we have already tried it and confirmed it.”