UNITED NATIONS, Aug 6 2012 (IPS) - By the time the political climate in Iceland was ripe for the Cutlery Revolution, Hörður Torfason was already well practiced at stirring things up. 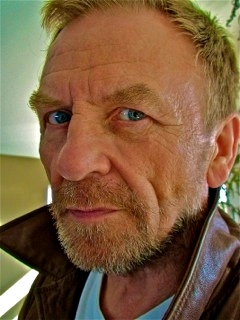 Hörður Torfason. Iceland’s new constitution will be the “battle of the winter to come”, he says. Credit: Courtesy of Hörður Torfason

“I’ve been doing this all my life,” he told IPS in an interview.

In 1975, Torfason stepped forward as the first openly gay man in Iceland, to much public discontent. After escaping an attempt on his life, Torfason moved to Copenhagen where he lived in exile for many years. However, he continued to fight for gay rights from abroad using his art to spread the message.

“The role of the artist, to me, is to defy the misuse of power in our society, and I’ve been doing that all my life,” said Torfason.

Based out of Copenhagen, he returned to Iceland every year, touring and giving concerts in support of gay rights, and he founded the Icelandic Gay Organisation Samtökin 78 in 1978. Gradually, public sentiment changed and he was able to move back to Iceland in 1991, where he has lived ever since.

“It takes years to change a society, but also it has brought forward a lot of people who are quite capable, intelligent people,” said Torfason.

In July 2008, he found himself on the activist stage again fighting for the rights of Paul Oudor Ramses, a young man from Kenya who was denied political asylum in Iceland along with his wife and son. With the aid of Birgitta Jónsdóttir, Torfason protested the parliament’s decision and in late August, Ramses was granted the asylum he had sought. Now he and his family are Icelandic citizens.

“If we give up and leave it to the politicians, nothing will change,” said Torfason.

The act that Torfason is most acknowledged for is perhaps leading Iceland’s Cutlery Revolution. On Oct. 11, 2008, only five days after the financial crash, Hörður Torfason planted himself outside the parliament building in Reykjavik and started putting questions to the people who passed by.

Every day for a week he stood in the same spot and asked the people two questions. The first, do you know what has happened in this country? The second, do you have any ideas about what we can do about it?

“Everybody was in shock. The people were not very clear on what was happening,” said Torfason.

“Always, I read out the three demands and I asked people, ‘Is this what you want?’ and the people said ‘Yes,’ by thousands and thousands,” said Torfason.

He began to organise protests, which were held at the same time every week outside the parliament building.

“I asked peopled to help me, and especially I concentrated on getting in contact with young people who are clever with the internet to spread the message, and that succeeded,” said Torfason.

Just after Christmas, Torfason organised everyone to surround the parliament building on the day the MPs came back from holidays.

The protest continued for five days, with the largest turnout on the last day. The day after that, the first minister resigned, and on Monday, the government resigned, taking with it the board of the financial supervisory authority. In another month, the board of the national bank would resign, meeting the third and final demand of the protestors.

“To me and I think most people I talk to, if we hadn’t had the Cutlery Revolution, the far right-wing party would still be in power,” he observed.

The latest development has been a constitution written by the people of Iceland themselves. Any Icelandic citizen could run to be considered for a position at the drafting table. Furthermore, everyone in the country could monitor the writing of the new constitution and submit suggestions via Facebook and Twitter. A referendum to ratify the constitution will be held Oct. 10.

“Things will not change unless we get a new constitution,” Tolfason said. “It’s still going to be the battle of the winter to come, I think.”

Torfason has received numerous awards for his enduring efforts as a human rights activist, including The Tupilak, from the Swedish Gay Organisation for outstanding contribution in the gay rights field in 1995 and 2009, and the Icelandic Social Democratic Party for his courage, bravery and honesty in human right struggles in 2003.

While securing donations for part of his trips and projects, much funding for Torfason’s activism comes from his own pocket, and demands most of his time and attention.

“My aim is not to go into politics or make money out of it… This is a kind of duty on the part of my society. I’m ready to do the work.”