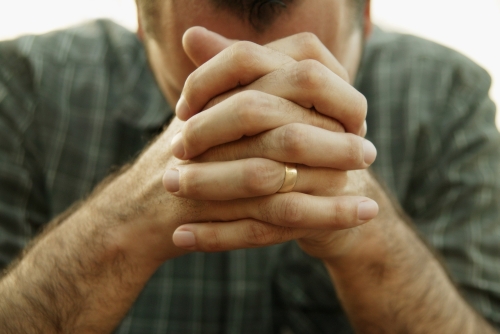 UXBRIDGE, Canada, Oct 10 2012 (IPS) - About 50 percent of Afghanis over 15 years of age suffer from mental health problems – depression, anxiety or post-traumatic stress disorder. In northern Uganda, nearly every family suffered during the vicious 20-year rebellion during which thousands of children were kidnapped and turned into child soldiers in the Lord’s Resistance Army.

The fighting is over but the mental trauma continues.

Globally, close to 450 million people have mental health disorders, with more than 75 percent living in developing countries. Many are shut away or locked up. Few are ever treated, health experts say.

On World Mental Health Day Wednesday, 15 innovative projects are being launched to improve mental health diagnosis and care in Asia, Africa and the Caribbean. Nearly 20 million dollars will be invested under Grand Challenge Canada grants.

“There is a great deal of misunderstanding and ignorance about mental disorders in Afghanistan, especially outside of Kabul,” says Richard Scott of the University of Calgary, Canada.

There is only one psychiatrist in Badakshan Province where Scott and colleague Shariq Khoja will be working.

“We want to educate community health workers and get them to talk about mental disabilities,” Scott told IPS.

To reach Afghan youth, informative text (SMS) messages sent to their mobile phones will hopefully reduce some of the stigma and get some discussion going, he said.

“The first challenge is working with the Afghan Ministry of Health to change their approach and involve them in recognising mental disorders,” Scott said.

Security is another challenge, said Scott, who has been to Kabul, adding, “I don’t know how people can and live and work in that environment.”

“Everyone knows someone in their extended family with a mental health disorder,” says Peter Singer, CEO of Grand Challenges Canada.

“You’ve probably seen what a difference treatment can make. But if they were living in one of these countries, there was a six in seven chance they’d would receive no treatment,” Singer said in an interview.

“I have seen the health improvement with my own eyes. It makes me very sad about the current situation in most of the developing world.”

“Global mental health is a significant challenge, which left unaddressed could undermine the health, social and economic futures of developing countries,” said Jim Flaherty, minister of finance for Canada, in a statement.

The need for home-grown solutions is paramount, said Singer. There simply isn’t enough money to meet the need in poor countries using the same approaches used in richer countries to treat mental illness, he argues.

The projects were selected through competitive scientific peer review from among 97 ideas submitted to increase access, improve treatment, and address stigma for people with mental health disorders.

“We are looking for treatment innovations by researchers in the developing world who best know the reality in their countries,” he said.

The 20-year-long rebellion in northern Uganda displaced more than two million people. More than half suffer from post-traumatic stress disorder (PTSD) and up to 70 percent from clinical depression.

“People here don’t believe mental illness can be cured in hospitals or helped by modern medicine. They rely on traditional healers,” he said.

Those suffering from mental illness are often hidden away. Aunties and uncles will be trained and go into communities to find out about them and help lead them to treatment, he said.

Mobile phones will also have an important role in reducing the stigma of mental illness. Roads and other infrastructure have been destroyed by the war and many villages are very isolated, but people have access to mobiles, he explained.

Text (SMS) messages can inform people and help those suffering from mental illness to be identified and receive some form of treatment. “We hope to have a number that people can message and then a Wayo-Nero can visit them,” he said.

“We want to have many more innovative projects like these to create a portfolio of treatment options that have been evaluated for their effectiveness,” said Singer. “There is a great deal of talent in the developing world to meet the mental health challenge.”