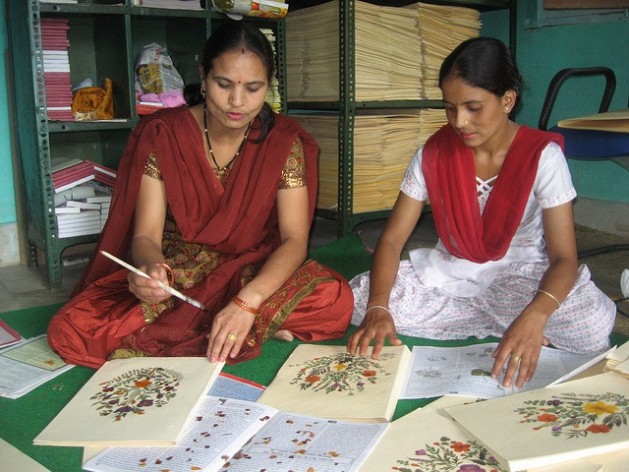 TOKYO, Oct 12 2012 (IPS) - Empowering women in the business world is not only a smart political decision, but also makes good economic sense.

This sentiment was heard loud and clear inside the Tokyo International Forum, where the 2012 World Bank (WB)-International Monetary Fund (IMF) Annual Meetings are being held.

Several voices took up the refrain, insisting that the needs of women entrepreneurs be heard because their “untapped potential” could help end the cycle of poverty in many parts of the world.

“Gender equality is smart economics,” Caroline Anstey, managing director of the World Bank group, pointed out. “Under-investing in women not only limits economic and social development, but puts a brake on poverty reduction.”

The discussion on ‘Women in Private Sector: Good for Development and Business’ explored not only the barriers and challenges that women entrepreneurs faced, but examined why empowering women economically makes good business sense.

In most developing countries, women make up 30 to 40 percent of entrepreneurs running small or medium sized businesses, according to the World Bank.

For example, seeds and fertiliser, when given to women, can boost agricultural productivity. Cash in a woman’s hands can increase her child’s chances of survival 20-fold; and businesses in the hands of women can thrive.

All it would take, said Liberian President Ellen Johnson Sirleaf, is “innovation, bold action and risk-taking for women’s participation to increase”. In fact, she said, the ‘women economy’ is “the new emerging market”.

She should know. The 74-year-old is not only her country’s first elected female head but also a Nobel laureate. She has served on the advisory boards of the Modern Africa Growth and Investment Company (MAGIC), the Hong Kong Bank Group, the Songhai Financial Holdings, and is ideally placed to speak about women’s entrepreneurship, both from a business and development perspective.

She emphasised the importance of women being in “key leadership roles” such as being on boards of corporations and holding key government positions to “effect change”.

Larke Riemer, director of the Women’s Markets for Australia’s Westpac Banking Corp, termed the new woman entrepreneur the “sleeping giantess” who was yawning, waking up and now “demanding to be noticed”.

Like Sirleaf, Riemer said too many banks remained oblivious to the opportunities they can give to women. According to the World Bank, women-owned businesses in emerging markets have unmet financial needs of close to 300 billion dollars every year.

Both the public and the private sectors need to exert more effort so that women can have greater capacity to scale up their businesses, Sirleaf explained. While the private sector can help train and develop the capacity of women entrepreneurs, governments need to provide a level-playing field in the form of good gender policies and legislation, she added.

According to a World Bank survey that looked at barriers to gender equality, 102 out of 141 economies had at least one “legal difference” that hindered women’s economic opportunities. According to the International Labour Organisation, nearly half or 48.4 percent of the available productive potential of women is under or unutilised compared to 22.3 percent for men.

Margaret Biggs, president of the Canadian International Development Agency (CIDA), shared the frustrations of women entrepreneurs in the developing world, saying that many could not get loans for business expansion even if they have sound business plans and ever-growing clientele.

Riemer, who has worked with women in small and medium sized enterprises for 15 years now, stressed that facilitating access to finances provides economic benefits to the whole of society. However, she added, women entering the world of business also need information about how to be profitable, and skills like expertise in the production of business plans.

At the same discussion, World Bank President Jim Yong Kim promised that the conversations in the next few days of the Annual Meetings would veer more and more towards more economically inclusive policies for women. “This will be central to our ongoing debate. It is time for change and we can’t afford to wait.”