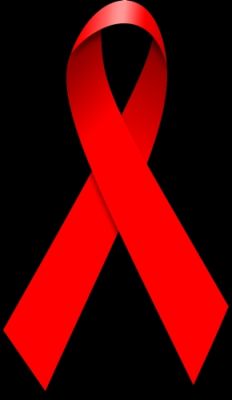 The same monitoring system is used for all patients taking the life-extending antiretroviral drugs, to evaluate the results of the therapy.

The data generated is used to inform policy-making. And specific measures can be taken to adapt the therapy to local conditions, based on the results. The information gathered also contributes to global assessments of the spread of HIV/AIDS.

In addition, the “universal access of explicit guarantees plan”, which guarantees the right to treatment, with specific guidelines, was expanded to those living with HIV/AIDS.

And the “national programme of expanded access to antretroviral therapy”, in effect since 2001, ensures access to the latest treatment options for all patients.

As a result of the alliance between the government’s national programme and the Chilean AIDS Cohort, “mortality has been reduced by more than 80 percent, and the rate of hospitalisation has gone down, which has made it possible for people to take up their day-to-day lives again.

“Among our patients, we have achieved results comparable to those of developed countries,” he said.

Based on this joint effort, the social and economic conditions of those living with HIV/AIDS have improved, said Manuel Jorquera, the coordinator of the AIDS advocacy group Vivo Positivo. “There is more timely treatment, and it is guaranteed, along with the free monitoring,” he told IPS.

These benefits are tangible for Martín (not his real name), a 36-year-old journalist who was diagnosed with HIV four years ago.

There are 34 million people living with HIV/AIDS worldwide, according to the latest global report, published by UNAIDS Tuesday Nov. 22.

But not every aspect involving HIV/AIDS has been solved in Chile.

Martín said that in his company people do not “officially” know he is gay, although “many suspect it.” What they definitely do not know, he said, is that he is HIV-positive and receives antiretroviral treatment at a public hospital.

“I have a totally normal lifestyle,” he said. “I go to work, I go out with my friends. But not even my mother knows I am infected. It would just destroy her.”

His fears are not unfounded. Despite the advances made at the level of public policies in Chile, deep-rooted discrimination persists, which exacerbates the fear of having an AIDS test.

“People feel the real fear of suffering from discrimination once it is known that they are infected,” Wolff said.

In his view, the most important challenge “is to keep people from being infected,” and to do that, “prevention campaigns must be much more direct than they have been.”

In addition, he said, “we have to try and diagnose everyone who is living with HIV/AIDS, and extend treatment to them.”

But to do that, the stigma surrounding the disease must be fought, he added.