Focus on Swing States Could Weaken Democracy in the U.S.

UNITED NATIONS, Nov 5 2012 (IPS) - A small number of states in the United States have a peculiar power. As swing states, they are extremely influential in the outcome of the presidential election. As presidential candidates focus intensely on these states, some argue that this imbalance and several other factors threaten to undermine the country’s democracy.

Frank Newport, editor-in-chief of the Gallup poll, explained to IPS what impact several aspects of America’s voting system have on elections and democracy. In addition to being in charge of America’s longest-running monitor of public opinion, he is also vice president of the National Council on Public Polls and the author of the book “Polling Matters: Why Leaders Must Listen to the Wisdom of the People”. 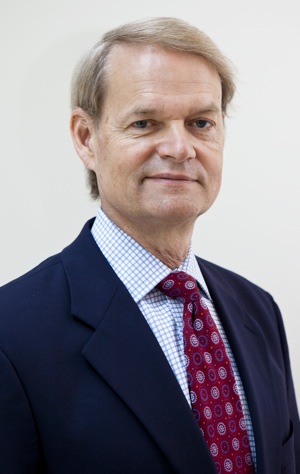 “It all depends on the composition of the states. They vary a lot in their culture. We have a group of Democratic states, and a group of Republican states. And we have a small group that is an even mixture of the two,” Newport told IPS. “These are the battleground states that the political campaigns are paying attention to.”

The states that are considered swing states, or states where no party has overwhelming support, can differ from election to election. This year, most political scientists and polling institutes identify nine of them: North Carolina, Florida, Ohio, Iowa, New Hampshire, Colorado, Wisconsin, Virginia and Nevada.

“They can change from time to time. But Florida and Ohio have always been considered swing states,” Newport noted.

Another state considered a swing state by some pollsters today is Pennsylvania. The state has voted for a Democratic president since 1988, but a recent poll from Susquehanna Polling & Research shows that the race between Barack Obama and Mitt Romney is tightening there.

“The two campaigns have been buying a lot of advertisement in Pennsylvania. The campaigners must think it is possible that it is becoming a swing state,” Newport explained.

Some see the presidential candidates’ intense focus on swing states as a problem that in the long run could weaken American democracy, as residents of different states are not equally encouraged to engage in politics and told to go vote with the same fervour.

“If you live in, for example, New York, which is overwhelmingly Democratic, you do not see the campaigns at all,” Newport said.

According to Newport, one way to change this problem would be switching from the current electoral college system to a direct popular vote.

Under the current electoral college system, voters in each of the 50 states, plus the District of Columbia, do not vote directly for a president. Instead, voters in each state cast ballots to select electors pledged to a presidential candidate. The electors in a state, whose numbers depend on the state’s representation in Congress, then formally elect the president.

All states except from Maine and Nebraska use a winner-take-all formula for this, so that the presidential candidate that wins a majority receives all of a state’s electoral votes. Critics argue that this system is undemocratic.

“The American public think that it would be better to switch to a direct popular vote,” Newport said. “We have done several polls, and the public always answered that we should go for a popular vote.”

If the president of the United States were elected by a direct popular vote, the population as a whole could be said to have a stronger voice. Now, a few swing states can be said to have disproportionate influence.

“For example, the campaigns are spending a lot of time in New Hampshire now. They would probably ignore New Hampshire if we would have a popular vote, since it is a small state,” Newport said. “The electoral college system would work well if the public would be evenly distributed between states. But this is not the case. We have very populated states, and less populated states.”

“It is a historical pattern. It is just like Finland is different from Spain in Europe. The Southern states are very religious, they have had slavery, they have the highest number of black residents, they are poorer. They are totally different from the North,” Newport said.

“Politics is driven a lot by religion here, not economy. You are likely to think that poor people would vote Democrat. But here, if you are religious, you vote for the Republicans… It is an interesting system here in the U.S. It is the way they set it up years ago.”