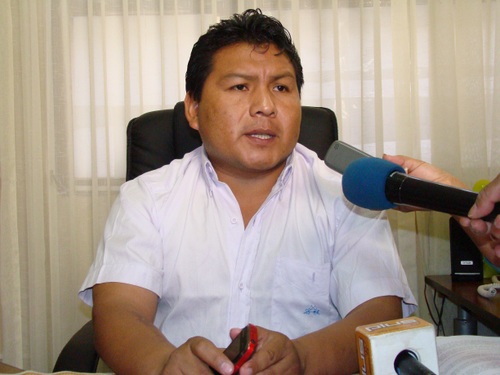 TARIJA, Bolivia, Dec 27 2012 (IPS) - Due to the intense political polarisation in the Chaco region, home to Bolivia’s oil and natural gas wealth, three indigenous lawmakers who entered the legislative assembly of the southern department of Tarija as representatives of their people have quickly come to wield decisive power.

For centuries, the semi-arid Chaco of Bolivia had a reputation of being inhospitable. Temperatures that often climb as high as 45 degrees and a scarcity of shade-providing trees were combined with its distance from the centres of power. During the colonial era, the Spanish invaders found it almost impossible to settle the vast dry region of open grasslands and shrubby areas.

Between 1933 and 1935, the harsh natural conditions helped defeat first the Bolivians and then the Paraguayans in the war they waged for control over the northern part of the Gran Chaco region, which they also share with Argentina.

As a result, there have always been areas in the now prosperous department of Tarija that have been the exclusive domain of the Guaraní, Weenhayek and Tapiete indigenous people, the area’s ancestral inhabitants. Even with the gradual arrival of paved roads and the development of a number of cities, driven by oil industry activity, the deepest reaches of the Chaco continue to be theirs.
Nevertheless, until 2009, they were excluded from political and institutional structures and received scant or no assistance from the state. They remained distanced by their geographical isolation, their Guaraní dialects, and their conceptions of humanity and government.

But 2009 ushered in a number of the changes for which they had risen up in protest marches on repeated occasions. “It was a historic victory for the Confederation of Indigenous Peoples of Bolivia, the Guaraní People’s Assembly, and popular forces in general,” departmental assembly member Justino Zambrana told IPS.

“We were finally able to elect representatives in accordance with our traditions and customs, under the mandate of the new political constitution of the state of Bolivia,” the Guaraní leader said.

The new constitution adopted that year proclaimed Bolivia to be a plurinational state, and officially recognised 36 ethnolinguistic groups, in a country where over 60 percent of the population of 11 million identify themselves as indigenous.

Previously, in January 2006, the country’s first ever indigenous president had taken office: Evo Morales, who is of Aymara descent. In 2011 he was re-elected to a second five-year term.

In Tarija, as well as supporting the demands of their particular ethnic groups, the indigenous representatives were also called upon to assume unexpected responsibilities when departmental governors and legislatures were elected in 2009.

They became members of the Departmental Legislative Assembly of Tarija, the Chaco region department that is now the energy and economic heart of Bolivia, as well as a major source of oil and natural gas for the entire continent. Its massive reserves supply energy to the megalopolis of São Paulo, Brazil, as well as the north of Argentina.

The department’s strategic importance gave rise to a heated political dispute in its capital, Tarija, 896 km south of La Paz.

The tight race between the political parties that back the Morales administration and the opposition resulted in a virtual parity of forces.

“At first they didn’t take us into account, but when they realised that our votes were worth something, they started to seek us out,” Ferreira told IPS. “It was very difficult for me. Sometimes we didn’t know which way to decide, and in the meantime I had to learn about laws and take part in debates with lawyers.”

A series of rapid developments put the trio to the test. On May 27, 2009, the president of the assembly had to be elected. Out of affinity with the platform of Morales’ party, the Movement to Socialism (MAS), they voted for its leader, Aluida Vilte, also of Aymara descent.

This took the small indigenous caucus a step closer to the upper echelons of power in Tarija, and Zambrana was elected vice president of the assembly.

Seven months later, the assembly had to decide on whether or not to impeach Governor Mario Cossío, of the opposition party Camino al Cambio (Road to Change), who had been charged with acts of corruption by the Public Prosecutor’s Office.

The three indigenous votes were decisive in separating Cossío from his post and opened the way for a MAS member, Aymara deputy Lindo Condori, to be designated governor in his place.

“We do not do political favours for anyone. In the case of Cossío, we had to enforce the law, and that’s what we did. That was why we supported his removal,” Zambrana said.

“In indigenous assemblies we take great care to avoid any kind of political interference. When someone needs to be challenged, we challenge anyone, and sometimes this (national) government has played a divisive role and wants indigenous people to dominate other indigenous people,” he added.

“I was taught that one people cannot subjugate another people, that there has to be respect. We are always ‘yambae’ (free, with no owner, in the Guaraní language),” he declared with a smile.

And in fact, in May 2010, at the beginning of the second year of the departmental legislature’s five-year term, Zambrana became its president, but was elected with the votes of the opposition to MAS.

It is said that a committee from the national government came from La Paz to persuade the three indigenous representatives to change their stance. “Why would an indigenous person want to be president of the assembly? D

A year later, Zambrana was re-elected to the presidency of the legislative assembly. He says he was even approached to run for governor, but turned down the idea.

Analysts in Tarija believe his stance helped to avoid exacerbating the frequent belligerence that characterises the department’s legislature. Accusations and counter-accusations about pressures of various kinds have also affected the decisive indigenous caucus.

At the time of Zambrana’s re-election as president, a group of MAS supporters allegedly cornered Weenhayek representative Tato for three hours, in an attempt to intimidate him.

The notoriously timid legislator avoids speaking with the press. At the end of 2012, he was back in his home community, where he was called on to account for his actions to the “captains” or leaders of the Weenhayek people.

Weenhayek grand captain Moisés Sapirenda referred to the possibility of Tato’s removal as the indigenous ethnic group’s representative. “There are many things he has not reported. Next year we will consider if his mandate should be withdrawn,” Sapirenda told IPS.

The Weenhayek leader is also less than satisfied with the work of the rest of the indigenous caucus in serving the people they represent.

“We are happy with the opening that allowed us to elect our authorities through our own traditions and customs. We were hoping for laws that would benefit our people, but it seems that when it comes to deciding on works that could change our lives, we are a minority once again. We continue to be far away, like always,” he said.

In the meantime, the Tapiete and Guaraní captains are waiting until their next regular assemblies to assess the reports made by Ferreira and Zambrana, who will be expected to render accounts on how they have responded to the challenge of suddenly being thrust into positions of power.