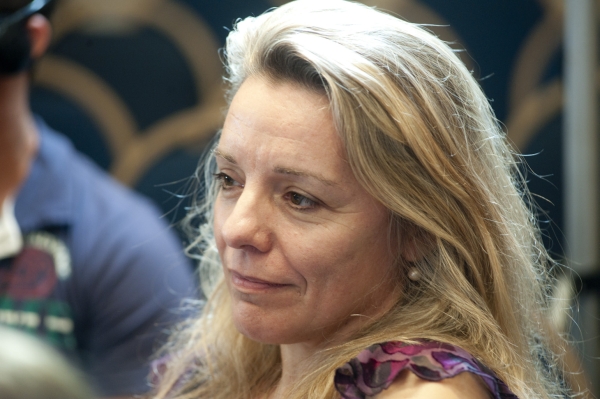 BRASILIA, Apr 30 2013 (IPS) - A new social contract is needed in education, that would fully incorporate informatics and the 21st century conception of human rights, French professor Divina Frau-Meigs says in this interview with IPS.

The professor of American studies and media sociology at the University of Paris 3 – Sorbonne Nouvelle says teachers and students must assume the challenge of transliteracy.

Transliteracy is the ability to read, write and interact across a range of platforms, tools and media, from handwriting and print to TV, radio, film and digital social networks. A transliterate person is one who is literate across multiple media.

On a visit to attend a seminar in Brazil, Frau-Meigs, who is an adviser to the Council of Europe and the United Nations Educational, Scientific and Cultural Organisation (UNESCO), was interviewed extensively by Clarinha Glock.

Q: What is transliteracy?

A: It is knowing how to read, write, calculate and compute. But “compute” includes understanding these three categories of information: code, document and current events/press. Students and teachers must be trained. The role of school is to clarify and help people understand all kinds of contents, modify them, and comment on them.

Q: What is the main obstacle?

A: Students think they know everything, from their perspective of dealing with computers and tablets. And professors say that if students have good knowledge to read and write, it is enough.

It is necessary to break down this resistance to awareness-raising, in hands-on practical classrooms. For example: I ask students to look for the information they need for their projects. They respond: “There are millions of pieces of information, I don’t know where to start.”

Teaching students to eliminate, evaluate, assess, change – that is the role of schools. It’s a way of learning to learn, which is what we must put again at the centre of the curriculum.

Q: How can these proposals be applied in countries where educators are still poorly paid?

A: I’m not sure that salaries should be put in first place. That’s why I talk about the need for a new social contract.

We have to decide once again that school matters, that literacy matters, and that today digital literacy is indispensable.

Once we agree on what is our mission, then we can discuss salaries and conditions inside and outside the classroom.

Transliteracy doesn’t only occur in schools. School rhythms are changing, because students can now connect at night, outside the school premises. The role of teachers will also be different. Their salaries must be enhanced, but knowing what they need in terms of training, and the new conditions of schedules, rhythms and resources.

The decision must be assumed by teaching staff, government ministries, trade unions, companies and students – as a new social contract.

Q: And what would that new social contract consist of?

A: Since the 19th century, the social contract has been free, public – even though many schools are private – and secular education.

And another characteristic has to be incorporated: “open” – through informatics, which gives access to many contents from other countries and cultures. With informatics, ideas can be developed to the maximum. And if we use it well, it can empower everyone.

The contract also has to be amplified with the concept of human rights, which did not exist in the 19th century. Universal human rights emerged in 1948 and the Internet started to emerge after World War II. The two tools – moral and technical – were born around the same time.

Young people must become participants in a positive future. That is done by spreading values. We want to be creative, expressive, decent, participative, educated people. That is what will motivate people to go to school, and also to change it. Once a consensus is built, the discussion of salaries and resources will happen.

Q: And how is this new social contract being implemented in France?

A: The problem in France, as in other countries, is the change of scale. There are small-scale experiences already functioning in schools. But a secular, public, open and free system has to be accessible to all.

In May, we’ll have a meeting in Lyon (France) with officials from the ministries. We have to convince decision-makers, because if they aren’t with us on this, we won’t bring about this change.

Q: It’s not just about providing schools with computers…

A: Absolutely not. Even in poor countries, many people have a laptop. Prices have been coming down, there are more and more free and open applications, everything can be downloaded, and the more, the better.

But people need to be trained in transliteracy to understand the design of platforms, how to edit the contents and how to use, evaluate, save and inform about what already exists.

To that end we have people who have been trained, who are invisible to the system: librarians. They have had computer skills for a long time. In France, they are being trained so they can also be educators/trainers.

The official expression is “teacher librarian”: they are not only assistants, but they can show children information as code, as document, and as current events, something that teachers don’t generally do.

Their role is to know how to search, have a critical eye, and ask good questions, and afterwards, when results are found, it is to select, save and add all of the ideas to make the student’s own document. We’re not starting from scratch. The International Federation of Library Associations and Institutions (IFLA), based in the Netherlands, is strong and has branches in each country.

Q: What directives does the European Union use to regulate the media?

A: The Television Without Frontiers directive was revised and transformed into the Audiovisual Media Services directive. European companies couldn’t, for example, advertise products in films. They protested because they were losing the battle against (businesses from) the U.S., which were able to do that.

They were granted that right, and they were also given more space for advertising. In return, we decided to encourage countries to carry out education on the media. The European Parliament made a recommendation, and the directives have been in force since 2010.

The idea is moving ahead, but more resources were not earmarked for it, so we have to stretch existing funds to cover the new task. The risk is that education on the media could end up being privatised, because schools can’t do it.

Q: And what does Hollyweb do?

A: Hollyweb is an association between the biggest classic media and broadcasting producers and the main digital media, like Google, Disney, General Electric, Microsoft, Apple.

Some of them are becoming editors of content, they have schools and are making headway in others. They were already doing it before, but with the opportunities for self-publication and low-cost production of contents, they are taking advantage of the situation to sell their services.

It’s a system that is becoming semi-privatised. The problem isn’t whether the contents are good or bad, it’s the principle, the way their distribution is being organised in schools. It isn’t free, it has a price that we have to evaluate in terms of values.