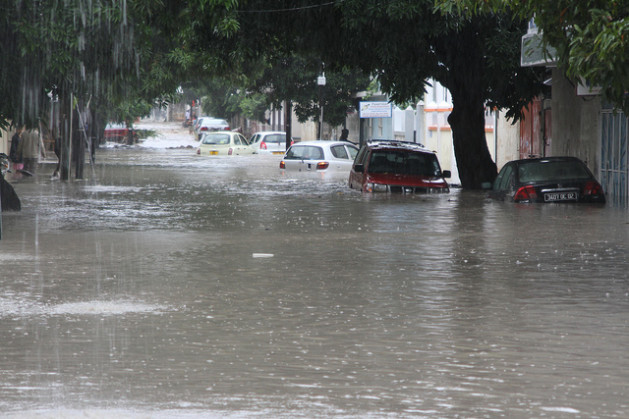 UXBRIDGE, Canada, May 7 2013 (IPS) - Another week of international climate negotiations ended in Bonn, Germany last Friday, but there was little mid-level bureaucrats could do when world leaders remain in thrall to the fossil fuel industry, say environmentalists.

“The main barrier to confronting the climate crisis isn’t lack of knowledge about the problem, nor is it the lack of cost-effective solutions,” said Alden Meyer, director of strategy at the Union of Concerned Scientists.

“It’s the lack of political will by most world leaders to confront the special interests that have worked long and hard to block the path to a sustainable low-carbon future. Until this changes, we’re not going to see the action we need,” said Meyer, who has attended virtually every climate negotiation over the past 19 years.

Canada offers a perfect example. Its much-promoted strategy for future prosperity is based on pumping two billion of tonnes of climate-heating CO2 into the atmosphere. Tens of billions of dollars are being invested in the Alberta tar sands to increase production from 1.6 million barrels a day to four to five million a day by 2020.

That translates into one billion tonnes of CO2 a year from tar sands extraction and burning the resulting fuels.

Canada is also one of the world’s largest natural gas producers, with aggressive expansion plans estimated to result in adding 0.5 billion tonnes of CO2 annually by 2020 for production and burning.

The science is clear that to have a good chance of keeping global temperature increases below two degrees C requires global emissions to decline at least six to 10 billion tonnes below 2011 levels by 2020. And this decline must continue to push emissions lower every year thereafter. Instead emissions are increasing each year.

At least 78 percent of Canada’s proven oil, bitumen, gas and coal reserves, and 89 percent of proven-plus-probable reserves would need to remain underground as part of Canada’s effort to stay below two degrees C, according to a recent study by the Canadian Centre for Policy Alternatives (CCPA).

“Business-as-usual for the fossil fuel industry is incompatible with the need to keep the global temperature increase to two degrees C or less,” said CCPA senior economist Marc Lee.

“We are in need of a ‘managed retreat’ from fossil fuel investments,” said Lee.

However, under the Stephen Harper government Canada has pulled out of the Kyoto climate treaty, and reduced its support for energy efficiency and clean energy while continuing to provide more than one billion dollars in annual subsidies or tax incentives for fossil fuel companies.

Despite propaganda that rich countries like Canada take the dangers of climate change seriously, it is absolutely clear they do not. “World leaders are acting like Dr. Jekyll and Mr. Hyde,” Meyer said in a statement.

Developed countries must look at the gap between where the science says their targets should be in 2020, which is 50 percent below 1990 levels, and their current commitments are just 13 percent, said Augustine Njamnshi of the Pan African Climate Justice Alliance (PACJA).

Despite all this the Bonn meeting ended with a positive dynamic, according to many participants. The Association of Small Island States launched a plan designed to have countries commit to deeper cuts in carbon emissions in the next few years. And there was much discussion around the issue of equity or fairness in terms of emissions reductions for a new climate treaty to be signed in 2015.

However, there were no commitments or specifics, said Njamnshi in a statement.

These discussions will continue at a two-week meeting in June also in Bonn. In November, leaders are slated to attend the annual U.N. climate conference known as COP 19 in Warsaw. There they need to agree on action to shrink the gap between pledges and what science says is needed, said Jan Kowalzig of Oxfam Germany.

“We’re on track to four degrees of warming which will be disastrous for most countries,” Kowalzig told IPS.

In Bonn, there was good discussion on how to reduce the gap, including the Association of Small Island States’ plan to have governments make specific commitments on renewable energy and energy efficiency at COP 19, he said.

The Climate Action Network, a coalition of over 90 civil society organisations including Oxfam, “wholeheartedly support this initiative”, he said.

An action plan for phasing out fossil subsidies also needs to be agreed on at COP 19. In addition, developed countries like Canada, the U.S. and Australia must come prepared to increase “their pathetically low emissions reduction targets”, Kowalzig said.