The 28 months under Abrahamian’s scrutiny in The Coup: 1953, The CIA, and the Roots of US-Iranian Relations form a defining fault line in Iranian history. 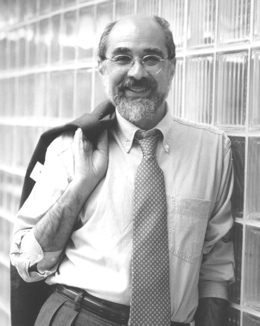 His book is particularly timely given the striking parallels between the debates he recounts and those surrounding the current dispute over Iran’s nuclear dossier.

While some Western analysts trace the roots of current U.S.-Iranian hostilities to the 1979 Revolution and the hostage crisis, for Iranians it begins with the coup, with the memory of Mossadeq representing a future denied.

In recent years, Western scholars and journalists have put forth a narrative asserting that U.S. policymakers recognised the shortcomings of British strategy in the age of postcolonial nationalism and had pressured London to accept Iran’s legitimate demands prior to 1953.

According to this argument, U.S. diplomats pressed both sides towards compromise and presented innumerable proposals that sought to reconcile British mandates with Iranian imperatives.

Such narratives also place the responsibility for the failed negotiations squarely on Mossadeq for his intransigence – even attempting to trace this to his aristocratic background or presumed martyrdom complex.

Abrahamian effectively challenges this understanding by providing a detailed account of the 1953 coup from its genesis to its aftermath.

The most impressive aspect of the book is its diligent scholarship and exhaustive use of primary sources.

The lion’s share of Abrahamian’s narrative is substantiated by declassified documents from U.S. and British national archives and those of the Anglo-Iranian Oil Company (AIOC) – an antecedent of the modern BP.

To this he adds interviews from oral history projects, biographies, memoirs and the private documents of key individuals both Western and Iranian.

If Abrahamian has an axe to grind, he does so with facts and figures.

For him, the dispute was a zero-sum struggle for control over Iran’s oil industry.

Abrahamian underscores “control” as the operative word underlying the crisis, as it appears repeatedly in internal government documents, and is used by all parties to articulate their objectives.

For Iran, national sovereignty was equated with control over its oil industry.

For the British, the nationalisation of Iran’s oil meant the loss of their control over the global market during a period of imperial contraction.

The United States had as much invested in the crisis as Britain.

The U.S. thus participated in the coup not as a means of curbing communist expansion in Iran, as is often stated, but because of the repercussions that oil nationalisation could have in other parts of the world.

For this reason, Abrahamian argues, the negotiations were destined to fail.

Detailing a number of proposals made to Iran, Abrahamian demonstrates how much of what is lauded today as Anglo-American fair compromises were deemed even by some in the West as “raw deals” – at best meaningless oxymorons, at worst deceptive smokescreens.

These proposals were predicated on the principle of conceding to Iran “general authority” while maintaining “executive management” in British hands.

As the British ambassador to Washington reported in 1951, U.S. policymakers “suggested accepting the pretense and the façade of nationalisation while maintaining effective control.”

In other reports, he would replace “façade” with “cloak”.

An exception was a package offered by Assistant Secretary of State George McGhee, which was deemed acceptable by Mosaddeq during his 1951 visit to the United Nations.

But the incoming Tory government in Britain rejected it as “totally unacceptable”, insisting that it was “far better not to have an agreement than to have a bad one”.

Accounts like this debunk arguments that it was Mosaddeq’s absolutist rhetoric and intransigence that militated against a judicious resolution of the crisis.

For Abrahamian, the career politician and legal scholar Mosaddeq was a leader accountable to his people.

His actions were dictated by Iran’s national rights, interests and security.

Given the significance of oil to the economic livelihood of Iranians and their exploitation by the AIOC, Mosaddeq could not give ground at the whim of great powers.

Moreover, he was a willing participant in the negotiations.

As Abrahamian details, Mosaddeq offered compensation, sale of oil to the AIOC and the employment of foreigners.

This is significant because Western arguments against nationalisation highlighted Iran’s lack of skilled labour to manage the installations.

Throughout “The Coup”, Abrahamian approaches every episode in the crisis with due treatment.

His narrative locates the coup firmly inside the conflict between imperialism and nationalism.

While this refreshing perspective clears away much of the Cold War cobweb of existing literature, an outright rejection can be limiting and insufficiently nuanced.

The viewpoint Abrahamian provides and the one he counters must be viewed as complementary in providing a comprehensive understanding of the period rather than mutually exclusive.

It’s impossible to read “The Coup” without relating what’s passed to the present.

The events leading up to 1953 involved sanctions, affirmations of Iranians’ sovereignty, the assertion of great power demands and interests and even the beating of war drums.

In 1952, a British press attaché in Tehran strongly urged the Foreign Office to keep a “steady nerve” and wait for Mosaddeq’s fall.

She insisted, “Our own unofficial efforts to undermine him are making good progress. If we agree to discuss and compromise with him, the effort will strengthen him.”

Such rhetoric might resonate with contemporary pundits whose analyses hinge on regime change in Iran.

One moral that can be extracted from “The Coup” is that negotiations only work when all parties involved are genuinely dedicated to the process.

On Iran’s side today, both the intention and the means seem to be present.

Nicknamed the “diplomatic sheikh”, Hassan Rouhani won the presidency following Jun. 14 elections on a platform of moderation, stating at the ballot box that he had “come to kill extremism”.

In his public statements he sharply criticised Iran’s inflexible stance on the nuclear issue and called for a more constructive dialogue.

During his tenure as Iran’s chief nuclear negotiator, Iran signed two agreements with the UK, France and Germany to suspend enrichment and reprocessing activities, temporarily and voluntarily, in exchange for technical and economic incentives.

The show of popular force behind Iran’s president-elect is bound to allow the state a degree of flexibility in its negotiations and ability to grant concessions.

In short, if Washington is indeed committed to a diplomatic resolution of the impasse, the time to act is now.

*Reyhaneh Noshiravani is a doctoral candidate at King’s College London, where she studies Iranian foreign policy and Persian Gulf security.