Q&A: Will the Iranian Nuclear Conflict Change With Rouhani?

WASHINGTON, Jul 15 2013 (IPS) - The Jun. 14 election of Hassan Rouhani, nicknamed the “diplomatic sheik” during his service as Iran’s chief nuclear negotiator from 2003-2005, to Iran’s presidency was met with hopeful celebrations within the country but much cooler reactions from key world leaders. 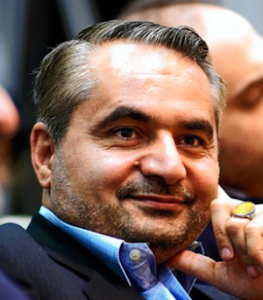 While a Jul. 13 Wall Street Journal report claimed that the Obama administration would seek direct talks with its long-time adversary, it remains to be seen how far the United States will go to bring about a mutually acceptable agreement and whether or not Iran would accept it.

Israel’s prime minister, who has been warning for more than two decades that Iran is getting dangerously close to building a nuclear weapon, wants the United States to increase pressure on Iran while ramping up the military threat.

“What is important is to convey to them, especially after the election, that that policy will not change. And that it’ll it be backed up by increasingly forceful sanctions and military action,” Benjamin Netanyahu said Sunday on CBS’s “Face the Nation”.

But Washington has reportedly already assured the Netanyahu government that it will not decrease pressure on Iran following Rouhani’s win.

According to Ambassador Seyed Hossein Mousavian, a former spokesperson for Iran’s nuclear negotiators who worked closely with Rouhani, without substantial modifications in Washington’s negotiating posture, little will change on the Iranian side.

"The first and most favourable option for Iran is to continue seeking a peaceful resolution to the standoff."
-- Hossein Mousavian

IPS spoke with Mousavian, currently a research scholar at Princeton University’s Woodrow Wilson School of Public and International Affairs, about prospects for change in the Iranian nuclear issue.

Q: Your article for the “Cairo Review”, which was written more than a month before Rouhani’s election, has generated a lot of discussion over the suggestion that one of Iran’s options is to withdraw from the Nuclear Non-Proliferation Treaty (NPT). Is Iran seriously considering doing so?

A: As I reiterated in the article published by the Cairo Review, the first and most favourable option for Iran is to continue seeking a peaceful resolution to the standoff. I explained the five major demands the P5+1 (United States, Britain, France, China and Russia plus Germany) made in recent nuclear talks to prevent Iran’s breakout capability and to ensure a maximum level of transparency.

Iran, in return, had two major demands: lifting sanctions and recognising Iran’s rights under the NPT. I have also proposed that the world powers and Iran place their demands within a package, to be implemented in a step-by-step manner with proportionate reciprocation.

Withdrawing from the NPT has never been Iran’s intention. The United States and Israel have initiated “all options on the table”, leaving open the possibility of a military attack on Iranian nuclear facilities. This policy goes against the United Nations (U.N.) charter, the NPT, and non-proliferation, where nuclear-armed states – the United States and Israel – are threatening to attack Iran, a non-nuclear weapons state.

Q: The Obama administration claims that Iran has not responded formally to the confidence-building offer made in Almaty, Kazakhstan in February. In your opinion, why hasn’t Iran responded, and do you expect a formal reply after Rouhani’s inauguration?

A: The P5+1 proposal in Almaty sought maximum demands and provided the minimum in return. Rouhani’s administration would be ready for a fair and balanced deal, comprising all the major demands of both parties based on the NPT, placed within a package and implemented in a step-by-step plan with proportionate reciprocation.

Q: Is recognising Iran’s right to enrich uranium a precondition to a negotiated solution?

A: It would be part of the package deal explained above.

Q: Some in Congress would like to impose more sanctions on Iran before Rouhani is inaugurated. What effect could such a move have on prospects for negotiations?

A: Iran would never take calls for direct talks and engagement seriously as long as the United States continues its sanction and pressure policy. If Washington is genuinely seeking rapprochement, it needs to demonstrate that – through an act of goodwill instead of through increased hostilities and animosity. Iranians place importance in U.S. actions, not just words.

Q: What is the balance of forces in Iran with respect to those who want to take a hard line on the nuclear issue and those who favour more flexibility, and what is the effect of sanctions on this internal debate?

A: There are two schools of thought in Iran with respect to the nuclear approach, but there is no dispute on Iran’s right to peaceful nuclear technology, including enrichment. The P5+1 and Western approach toward Iran’s nuclear dossier does, however, play an important role in the balance of these two schools of thought.

During the nuclear talks from 2003 to 2005 with the three European powers (the United Kingdom, France and Germany), when I was a member of the negotiating team, Iran demonstrated far-reaching overtures to resolve the nuclear dispute.

Iran implemented the maximum level of transparency a member state of the NPT can commit to by accepting the Additional Protocol and Subsidiary Arrangement. We also demonstrated Iran’s readiness to commit to all confidence building measures, assuring the peaceful nature of the nuclear programme – forever.

Regrettably, Iran and its European counterparts failed to reach a final agreement because the United States continued to deny Iran its legitimate rights under the NPT. The United States’ inflexibility and position altered the balance of forces in Iran toward those in favour of radicalism. Therefore, if the West seeks cooperation and flexibility from Iran, it has to respond proportionally and appropriately.

The sanctions policy is only good for a lose-lose game. The Iranian nation has suffered from the sanctions, while the West has suffered from the dramatic increase of Iran’s enrichment capacity and level. Once sanctions were implemented, Iran increased the number of centrifuges from 3,000 to 12,000 and the level of enrichment from 3.5 percent to 20 percent. The stockpile of enriched uranium increased approximately 800 percent.

Q: In his first press conference as president-elect, Rouhani referred to Israel as Israel, rather than by any other name. Do you think this portends a new approach by Rouhani? What could it look like?

A: Rouhani is not a man of radical rhetoric. He is courteous and logical and respects international norms and regulations. The key to resolving the dispute with Iran depends on whether the traditional Western policies of pressure, sanctions, threats and humiliating Iran will change to those based on respect, mutual interests and cooperation with Rouhani’s administration.