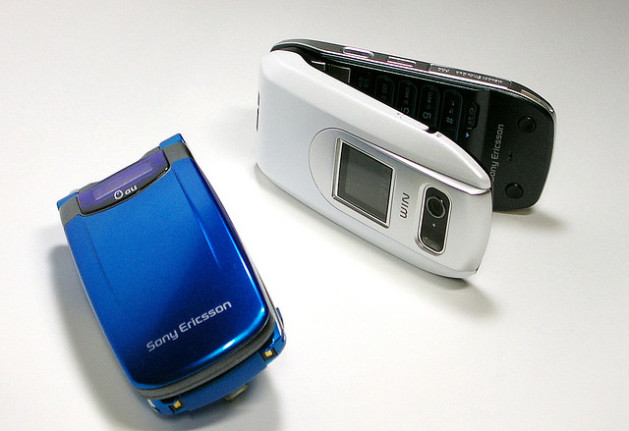 Smartphones are a new phenomenon in trafficking; a couple of years ago the majority of crimes were being committed using desktops. Credit: Yuichi Shiraishi/cc by 2.0

UNITED NATIONS, Jul 28 2013 (IPS) - In the second half of June, law enforcement in Chişinău, Moldova’s capital city, received an email from a parent telling them their child had been kidnapped.

A mixed group of police and prosecutors, they had to trace the email back to the kidnapper, a skill that is becoming essential in an increasingly digital age.

“Nearly every crime seems to have some kind of phone involved in it.” -- Adam Palmer of UNODC

Thankfully, it was only a training exercise. The United Nations Office on Drugs and Crime (UNODC) visited Moldova, the poorest country in Europe, at the request of authorities there, who were struggling and under-trained to deal with an increase in cybercrime and Internet-based human trafficking.

UNODC provided three days of training in basic forensic techniques, such as tracing a criminal across the Internet and finding images and other information on a locked computer.

While official figures on human trafficking are notoriously hard to come by due to the crime’s secretive nature, the International Labour Organisation (ILO) estimates that 21 million people are forced into labour around the world, including 4.5 million victims of forced sexual exploitation.

With the pressure of emerging technologies, anti-trafficking organisations as well as law enforcement need to adapt their knowledge of new techniques and devices used by criminals. Smartphones are a new phenomenon, Palmer said; a couple of years ago the majority of crimes were being committed on desktops.

“Nearly every crime seems to have some kind of phone involved in it,” Palmer said.

For authorities in Moldova, a Tier 2 ranked country in the U.S. State Department’s annual Trafficking in Persons Report, many of the training exercises were new. Before the ubiquity of electronic devices, vital information might have been written in a notebook, accessible by simply reading the pages, Palmer said.

Now, police are more likely to have to crack codes, with information saved on password-protected devices.

But the problem of Internet-based sex trafficking, which is the use of the Web for the recruitment, advertisement and sale of people, overwhelmingly women, is not confined to Moldova. It is also an issue in developed countries like the United States.

Amy Fleischauer, director of victim services at the International Institute of Buffalo, a group that helps immigrants and refugees settle in Western New York, has found survivors of sex and labour trafficking being recruited and advertised via the Internet. The institute spends time with survivors so that they know how easily they can be tracked through Facebook, GPS on their phones and their Internet history.

It’s important to realise the inherent interrelation between sex and labour trafficking, Fleischauer told IPS. She recalls a number of cases involving agricultural workers in the United States, where brothels were established on farms to “satisfy workers”.

Increased awareness of trafficking through the Internet has caught the attention of companies that run the Web, and whose products are being used to facilitate the crime.

“The most effective way to investigate cybercrime is… to work with private sector companies,” Palmer said, adding that these companies are willing to help as traffickers are abusing their technology.

Jacquelline Fuller, director of giving at Google, told IPS the company has a “long-standing interest” in helping to combat child exploitation and trafficking over the Internet.

“More recently, we took a deep dive to see… how we could help,” Fuller said.

“[These groups can] use technology to get ahead of the bad guys,” Fuller said.

Bradley Myles has seen first-hand the changing face of sex trafficking. The CEO of Polaris Project, a U.S.-based non-profit that works directly with survivors of human trafficking, Myles told IPS that from 2005 to 2008, Craigslist was one of the worst channels for Internet-based sex trafficking.

After Craigslist removed many of the advertisements that led to women and girls being exploited, Myles now sees similar issues with the website Backpage.

“There’s a very clear, identifiable pattern there,” Myles says. “Sometimes it’s parents calling in after seeing their child’s ad on Backpage, their 16-year-old daughter being advertised as a 19-year-old.”

Backpage has been made aware that traffickers are using their site, but Myles wonders whether protective measures put in place are enough.

“It’s a fluid crime,” Myles told IPS. “We’re in a new world of having the technology partnerships to make everything we’re doing more robust.”

The true extent of Internet-based trafficking is still unknown, Fleischauer says, but increased awareness and getting police more educated on types of cases, recruitment and strategies could help.

“I think we have no idea what’s out there,” she says.