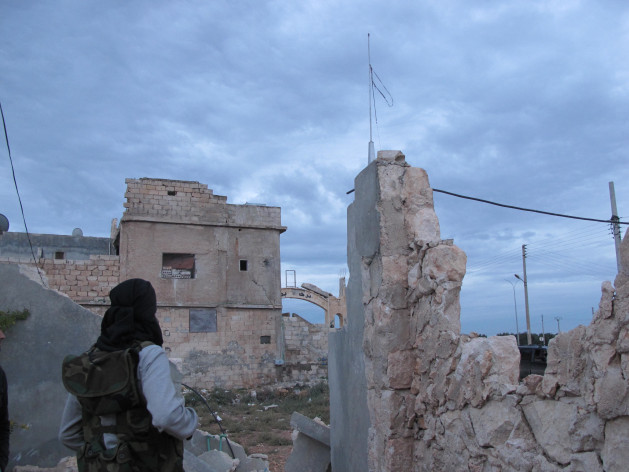 LUCERNE, Switzerland , Sep 12 2013 (IPS) - Refugee rights organisations are demanding an EU-wide temporary protection regime for Syrian refugees. The announcement by some countries that they can take a few thousand refugees is not enough, the groups say.

Sweden has announced a few steps after the number of Syrian refugees seeking shelter abroad has crossed the two million mark in early September.

“The conflict will continue for a long time ahead,” said Fredrik Beijer, director of legal affairs at the Swedish Migration Board. Sweden decided to grant permanent residence to about 8,000 Syrians who currently hold temporary residency permits, and to facilitate family reunification.

Germany and the Scandinavian country have between them received about two-thirds of the Syrian refugees fleeing to Europe. Since early 2012, approximately 14,700 Syrians have asked for asylum in Sweden. In August alone, 1,201 Syrian asylum-seekers arrived in the country.

A comparison with the Bosnian war between 1992 and 1995 makes today's numbers look dismal.

On Sep. 11, 107 Syrian refugees were flown out of Lebanon to Hanover as part of a temporary admission programme announced by the German government earlier this year. Having committed to 5,000 places, Germany currently runs the biggest refugee relocation programme for the Syria crisis.

In June, the UN Refugee Agency (UNHCR) appealed for 10,000 humanitarian admissions. A group of countries including Denmark, Finland, the Netherlands, Norway and Spain have pledged 960 admissions for 2013 so far.

Compared to the hundreds of thousands of Syrian refugees stranded in Turkey, Lebanon, Jordan, Egypt and Iraq, the estimated 40,000 that have applied for asylum in Europe since April 2011 is peanuts.

During the Kosovo war, Germany evacuated more than 15,000 refugees, while Switzerland sheltered 53,000 and Austria 5,000.

The Swiss chapter of Amnesty International calls Switzerland’s present offer “a drop in the ocean.” Austrian and German refugee rights organisations have also criticised their governments.

“Germany’s contribution is yet too small,” Karl Kopp, director of European affairs at the human rights organisation Pro Asyl told IPS, “though, we appreciate that Germany has launched the debate.”

In addition to the 5,000, several German states have announced they will permit up to 1,000 Syrian refugees to stay with their Germany-based relatives. Kopp said that many of these have been trying desperately to get their relatives to come over.

Bureaucratic hurdles for family reunification are high, as Syrians already living in Germany have to prove they can provide for their relatives, host them and pay for their health insurance. “Most of them are unable to do so. But humanity mustn’t fail due to lack of money,” Kopp said.

While Switzerland is facilitating family reunification, too, Austria hesitates to do so. In Austria, upcoming parliamentary elections reduce the willingness of politicians to invite refugees to the country.

Meanwhile, thousands of Syrian refugees are trying hard to find a way into Europe. According to the Italian interior ministry, 3,000 Syrians have already arrived in Italy since the beginning of the year, most of them in boats. At Europe’s other entry gate, Greek coastguards have repeatedly been accused of pushing Syrian refugees back into Turkish waters.

“That is outrageous,” says Kopp. “Europe needs to open legal escape routes. Currently, Europe asks Syria’s neighbours to open up their borders, while its own borders remain closed.”

Anny Knapp, president of the Austrian refugee rights organisation Asylkoordination Österreich says refugees have to turn to the risky and expensive services of people smugglers, as no legal escape routes exist.

Judith Sunderland, senior researcher at Human Rights Watch told IPS that Syrians seeking asylum in other EU member states face a protection lottery, with their fate depending on which country they reach first.

“Those who make it to the EU through external border countries such as Greece, Bulgaria and Cyprus can face problems such as detention, failure to be granted any form of protection, problems with family reunification as well as poor or non-existent reception conditions.”

All refugee rights advocates agree that action at the European level is required urgently.

Kopp finds it “absolutely pathetic” that three years after the beginning of the Syria crisis the EU still doesn’t have an active admission programme. In June, the European Commission had called upon its member states to provide resettlement or humanitarian admission places, to facilitate family reunification and “to admit any Syrians arriving at the external borders of the Union.”

The European Commission also promised to continue efforts to ensure a greater degree of convergence between member states’ approaches to the Syrian refugee crisis. Yet it is far from providing a concerted solution like a EU-wide temporary protection regime, repeating its failure during the Libya war in 2011.

Instead, tons of tents and blankets are sent to Syria’s neighbour states. “Even though they think that the Syrian refugee crisis can be contained regionally, it has in fact long reached Europe,” says Kopp. “The catastrophe’s dimensions render such an approach not just absurd, but highly cynical.”