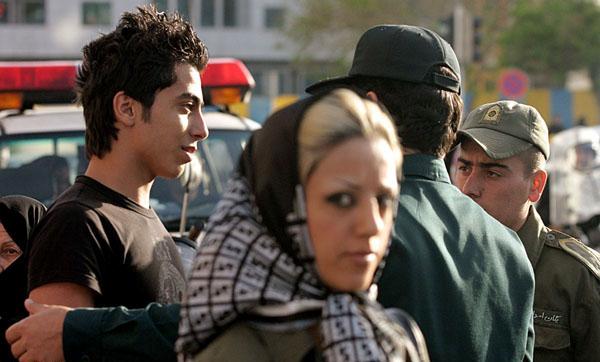 Women’s sexuality is one of the most sensitive battlefields within the Islamic Republic of Iran. Credit: Amir Farshad Ebrahimi/cc by 2.0

WASHINGTON, Nov 1 2013 (IPS) - While U.S. and Iranian negotiators prepare for another round of nuclear talks in Geneva next month, Iranian President Hassan Rouhani has been silent about another matter that could be even more indicative of his willingness to take on hardline conservatives.

On Sept. 22, the Iranian parliament passed a law with an innocuous title but frightening potential. The “Protection of Children and Adolescents without Guardians or with Bad Guardians” allows a man to marry his stepdaughter or adopted daughter, in effect legalising child abuse.

In Iran, women’s bodies are a political subject; control over their bodies is a reflection of political power.

The law repeals a previous piece of legislation passed by parliament in February that forbade such marriages. However, the Council of Guardians, a clerical body dominated by hardliners, disapproved the earlier law, finding it against sharia.

The latest iteration added an article (27) which says that a father may marry his stepdaughter or adopted daughter if the marriage is approved by the State Welfare Organisation and a court. In spite of this addition, many Iranians fear the new law will undermine the welfare of thousands of families with stepdaughters and adopted daughters.

Iranian women’s organisations and human rights activists both inside Iran and in the diaspora have organised massive protests against the law on Facebook. The rights groups and activists assert that the law legalises pedophilia, child abuse and rape under the guise of protecting children. Most Iranians were not aware of the controversy until the second bill passed in parliament last month.

Women’s sexuality is one of the most sensitive battlefields within the Islamic Republic of Iran. In Iran, women’s bodies are a political subject; control over their bodies is a reflection of political power. Women’s sexuality is a tool for Islamic conservatives to demonstrate their interpretation of Islamic ideology and identity.

While President Rouhani has talked repeatedly of his respect for women’s rights, he has been silent about the new law. In ratifying the law on Oct. 2, the 12 Islamic conservatives who make up the Council of Guardians demonstrated that they still have power and control over the most sensitive political matters. These are the same individuals who, with Supreme Leader Ayatollah Ali Khamenei, will approve or reject any nuclear compromise Rouhani makes with the United States.

Women’s activists are wondering whether Rouhani will speak out about the marriage law in the near future. If the president and his cabinet oppose this radical and immoral law, he will show that he supports democracy and equal rights for women. If he is silent, it will show that he either will not or cannot oppose the Islamic conservatives on a crucial matter.

Iranian women have shown that they have potential power to affect change in Iran in the direction of more democracy and human rights. Iranian women have been fighting for their rights for more than a century and the women’s movement began with the Iranian Constitutional Revolution of 1906. Beginning in the 1920s, women began to attend universities although they did not achieve the right to vote and be elected to office until 1963.

Women were also in the front lines of the 1979 revolution against the Shah. But the Islamic government that replaced the monarchy diminished women’s rights, scrapping the Shah’s progressive family law and reducing the legal age of marriage from 18 to nine.

A re-invigorated movement succeeded in raising the age to 13. Today the average age of marriage for girls is 24. Iranian women have also attained a high educational standard, comprising more than 60 percent of university students. Population growth has slowed as women have become more educated; the average number of children women bear has dropped from seven in 1960s to two in 2010.

Women are also the most organised element of Iranian society, with about 5,000 women’s groups. They work together to promote their rights despite differences in religious beliefs, ethnic identity and political factions.

The best known effort is the One Million Signatures Campaign for Gender Equality, which has been promoted by key figures including human rights lawyer Shirin Ebadi, the 2003 recipient of the Nobel Peace Prize. The campaign has mobilised several thousand women debating women’s rights and collecting signatures to change laws that discriminate against women.

More than 70 women’s activists were arrested and sent to prison for their participation in this campaign, which was the most organised element during the 2009 Green Movement. “Women will build democracy in Iran,” Ebadi has said.

A victory for Iranian women is a failure for Islamic conservatives who view controlling women’s sexuality and oppressing women’s organisations as part of conservatives’ fight for survival.

In negotiating with Iran about its nuclear programme, the Barack Obama administration should not forget about women’s rights and the need to strengthen civil society and support for human rights and democracy in Iran.

Fariba Parsa is a visiting scholar at the Centre for the Study of Gender and Conflict, George Mason University School for Conflict Analysis and Resolution.