This article is part one of a two-part series on charges of racial bias in the child welfare system in Philadelphia. Part two looks at the uphill battle fought by parents or relatives seeking to regain custody of their children. 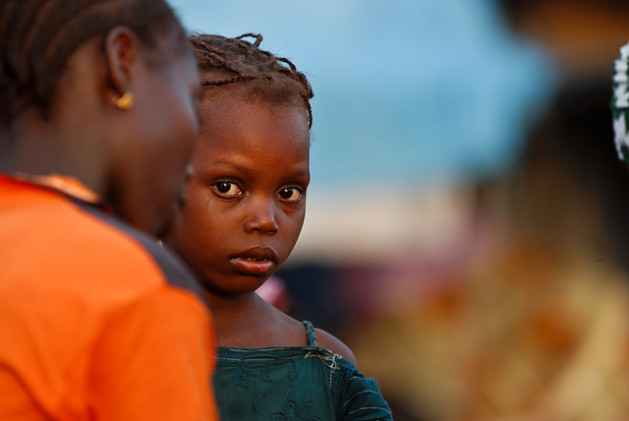 While only 50.3 percent of Philadelphia’s children are black, they comprise 73 percent of children in foster care. Credit: Bigstock

PHILADELPHIA, U.S., Dec 6 2013 (IPS) - It is nearly impossible in this day and age to turn on the news without hearing about systemic racial discrimination in the United States.

"Thirty percent of foster children in the U.S. could be home right now if their parents just had decent housing." -- Richard Wexler

In Philadelphia, it’s known as the Department of Human Services, or DHS, and by its own admission it is responsible for moving roughly 3,000 children in this city of 1.5 million people into “out-of-home” care every year.

According to Todd Lloyd, child welfare policy director of the non-profit organisation Pennsylvania Partnerships for Children (PPC), “The most recent annual data shows 9,205 children entering foster care in [the state of] Pennsylvania, with about 71.7 percent of those children being first-time entries, as opposed to re-entries.”

The National Coalition for Child Protection Reform (NCCPR), meanwhile, reports that DHS Philadelphia removes children at up to six times the rate of other cities of its size.

It is not the rate of transfer alone that has families in Philadelphia on edge but the racially lopsided nature of the entire child welfare system: studies show that while only 50.3 percent of Philadelphia’s children are black, they comprise 73 percent of children in foster care.

Officials dismiss this discrepancy with a single explanation: poverty. The poverty rate for African Americans in Philadelphia, according to a survey conducted by Pew in 2013, is 39 percent – exceeded only by the poverty rate in Detroit, Michigan.

Still, to remove a child from his or her home, federal law states that human services agencies must first establish proof of neglect, mistreatment or abuse. [Read Part Two of the series here]

In reality, critics say, this provision is a catch-22 for low-income families. For instance, the state of Pennsylvania’s definition of neglect includes “failure to provide essentials of life, including adequate medical care, that endangers a child’s life or development or impairs the child’s functioning” – in short, a perfect definition of poverty.

According to NCCPR Executive Director Richard Wexler, the correlation of poverty with neglect is so widespread that a full “30 percent of foster children in the U.S. could be home right now if their parents just had decent housing.”

Child protection agencies like Philadelphia’s DHS – which declined IPS requests to comment on the issue – say the vast majority of children removed from their homes were being abused. Indeed, some 3.6 million children were investigated as potential victims of abuse in 2011, according to the U.S. Department of Health and Human Services (HHS). 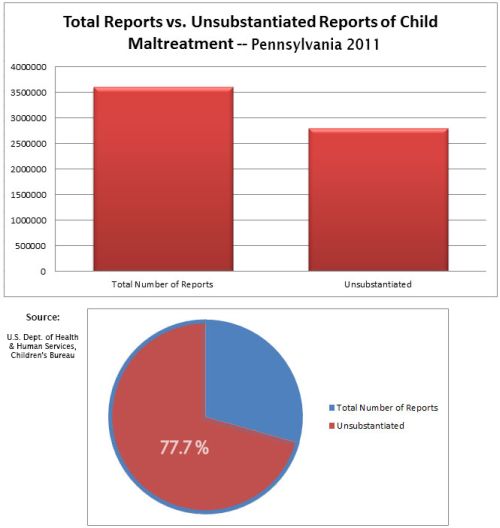 Digging a little deeper, however, the NCCPR found that “2.8 million of those children – nearly four-fifths of them – were subjects of reports that turned out to be false.”

That child abuse is a reality in far too many homes cannot be denied. According to Lloyd, the most recent annual child abuse report issued by the Pennsylvania Department of Public Welfare found 3,408 “substantiated” reports of child abuse in 2011.

But activists working with families whose children have been taken from them say this data must be carefully examined in the context of racial bias: several studies have shown that toddlers with similar injuries were three times more likely to be reported to DHS Philadelphia if the family was African-American or Latino.

Phoebe Jones, a member of ‘DHS – Give Us Back Our Children’ (DHS-GUBOC) – a Philadelphia-based self-help group coordinated by the Every Mother is a Working Mother Network (EMWM) – told IPS that foster homes have become notorious as places where abuse is rampant.

“In general, children are worse off as a result of fostering,” she said, citing several studies that found abuse in one-quarter to one-third of foster homes. “The record of group homes and institutions is even worse,” she added.

Earlier this year dozens of families – particularly mothers, aunts and grandmothers – expressed outrage when the United Nations bestowed its prestigious Public Service Award on DHS Philadelphia for its efforts to “improve the outcomes of children in foster care”.

“DHS is breaking up families in this city,” Jones said in a press release back in June. “We want to know why the U.N. gave this award without consulting families in Philadelphia. Did they decide on this honour from conferring with officials at cocktail parties?  We never heard of them conferring with grassroots people impacted.”