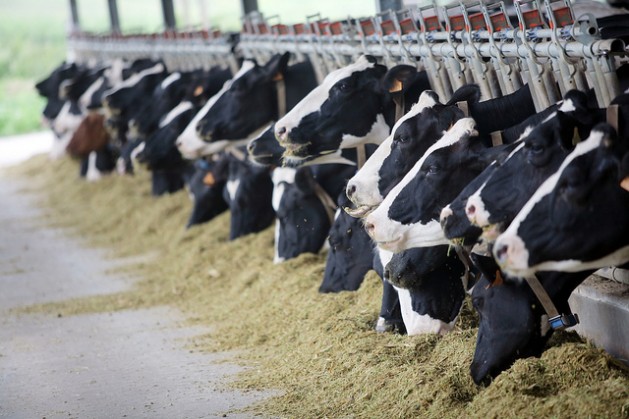 Livestock production has long been suspected as a key incubator of antibiotic resistance in the United States. Credit: Bigstock

WASHINGTON, Mar 27 2014 (IPS) - Pharmaceutical companies have overwhelmingly agreed to new U.S. government guidelines aimed at decreasing the use of antibiotics in the raising of livestock, new data shows.

In December, the U.S. Food and Drug Administration (FDA), the federal government’s main regulator for these sectors, unveiled a new, voluntary programme to reduce the use of “medically important” antibiotics, the hundreds of drugs considered important for human health.

"Any time antibiotics are used for routine disease prevention, that’s a sign that something else is wrong with the livestock system.” -- Sarah Borron

The agency targeted 26 of the world’s largest manufacturers of livestock antibiotics, requesting their compliance. On Wednesday, the FDA announced that all but one of those companies, accounting for more than 99 percent of the supply, had agreed to the new guidelines.

“As of March 26, [25 companies] have agreed in writing that they intend to engage in the judicious use strategy by seeking withdrawal of approvals relating to any production uses and changing the marketing status of their products from over-the-counter to use by [veterinary] prescription,” the FDA stated Wednesday.

“FDA is encouraged by the response thus far and will continue to monitor ongoing participation and provide public updates on a periodic basis.”

The only targeted company not to agree to the new guidance is PharmaqAS, a Norwegian manufacturer of drugs used on farmed fish. A spokesperson for the company told IPS that its products are only used to treat diseased fish rather than to promote growth in livestock, and Pharmaq “interpreted the proposed voluntary program not to be relevant for our products.” However, it is currently reviewing the FDA request.

The U.S. meat industry has come under increased criticism in recent years over the widespread practice of feeding low levels of antibiotics to healthy livestock over an extended period, as a way of forcing animals to put on weight more quickly. Motivated by surging reports of antibiotic-resistant “superbugs” around the world, public health officials have increasingly looked for ways to decrease this practice.

At base, the new guidance offers a simple tweak to labelling requirements for antimicrobial drugs intended for livestock. These 25 companies will no longer include reference to their drugs’ growth-enhancing potential on their labels, in effect outlawing the practice by farmers.

The use of antibiotics for truly sick animals will still be allowed, but only with a prescription from a registered veterinarian.

While public interest groups are supportive of the fact that U.S. regulators are finally taking action over growing antibiotic resistance, many are concerned that the FDA’s guidelines are too weak.

“We did some analysis of the drugs being affected by the guidance and found that of the drugs that will stop being used for growth promotion, 63 percent can still be used for disease prevention,” Sarah Borron, a researcher with Food and Water Watch (FWW), a watchdog group, told IPS.

“The problem is, that’s a very similar type of use. Farmers still give low doses of antibiotics to entire herds for long periods, and that still promotes the development of antibiotic resistance. Any time antibiotics are used for routine disease prevention, that’s a sign that something else is wrong with the livestock system.” 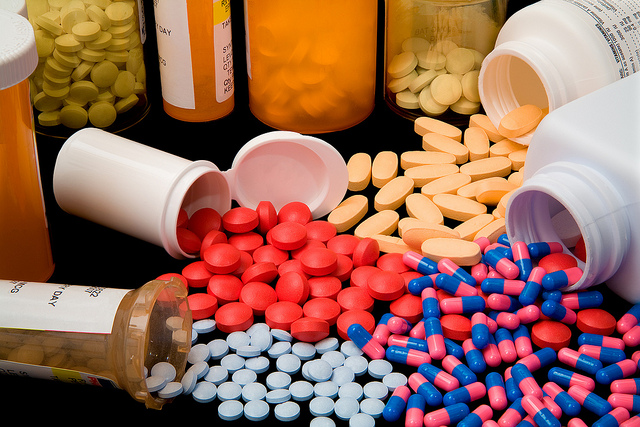 Concerns over the possibility of antibiotic resistance have been around almost since the discovery of antibiotics themselves. Credit: Bigstock

“This voluntary pro-industry approach is a step in the wrong direction,” Rosa DeLauro, a member of the House of Representatives, said when the plan was announced in December.

DeLauro said that 80 percent of the antibiotics sold in the United States are given to healthy animals, often to “overcompensate for crowded and unsanitary conditions”.

Concerns over the possibility of antibiotic resistance have been around almost since the discovery of antibiotics themselves, a breakthrough that many say is among the most important of the modern age. Yet such reports have spiked in recent years.

While this resistance is a growing problem in countries on every continent, governments outside of the United States have taken more proactive steps. The European Union, for instance, has banned the use of antibiotics to fatten livestock since at least 2006.

Data from E.U. countries suggest that overall antibiotics use for livestock can be reduced fairly easily, through simple yet often cost-ineffective changes to farming practice.

The United States, meanwhile, has seen major outbreaks of food-borne illness with resistance in recent years.

In 2011, for instance, the U.S. company Cargill was forced to recall 36 million pounds of ground turkey, over concerns that it may have been contaminated with an antibiotic-resistant form of salmonella. Hundreds more became sick from similar infections this past October, reportedly traced to a chicken farm in California.

Also last fall, the Centers for Disease Control and Prevention (CDC), a federal agency, estimated that some two million people in the United States are getting sick from antibiotic-resistant infections every year, causing some 23,000 deaths. Further, the agency cautioned that those numbers were minimum estimates based on conservative assumptions.

In April, CDC director Dr. Tom Friedman told the U.S. House of Representatives that antibiotic resistance constitutes one of the country’s “most serious health threats”.

Livestock production has long been suspected as a key incubator of antibiotic resistance in the United States. Yet the FDA ultimately decided to make its new programme voluntary rather than mandatory.

The agency says it took this decision in order to speed up what would otherwise have been a long and likely contentious regulatory process. But analysts like FWW’s Borron say this is cause for concern.

“Whenever there’s voluntary guidance, we worry about whether companies will follow,” she notes. “In this instance, there’s the sense that the FDA has been working on something that the industry can accept.”

In this approach, the FDA appears to have been successful. Both the animal pharmaceuticals manufacturers and the meat industry appear to be backing the new guidelines, though some express some reservations.

“The response to FDA reflects the shared commitment of those who raise poultry and livestock to the judicious use of medicines for the care and well being of healthy animals,” Keith Williams, a spokesperson for the National Turkey Federation, a trade group, told IPS.

The pork industry, meanwhile, is warning that the new guidelines will mean “real changes” for producers. Liz Wagstrom, the chief veterinarian at the National Pork Producers Council, told IPS that “farmers will need to work with their veterinarians to come up with alternative strategies to keep their animals healthy.”

Pharmaceutical manufacturers will now have three years to phase in the new labelling requirements.