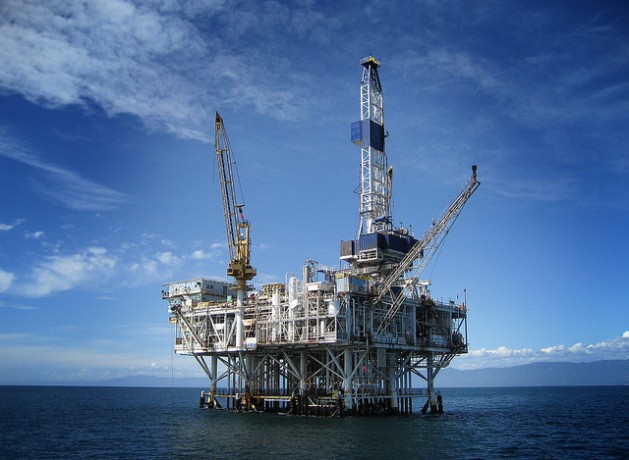 WASHINGTON, Mar 25 2014 (IPS) - As the international community and the U.S. government place a heightened emphasis on reducing carbon emissions as a way to combat global climate change, shareholders have convinced the oil-and gas giant ExxonMobil to publicly disclose the risk that strengthened regulation could pose to its profits.

The Texas-based company announced its intentions last week and agreed to publish a carbon asset risk report on its website by the end of the month.

“Investors … are looking at the energy market and starting to see shifts that they’re concerned about,” Danielle Fugere, president of As You Sow, an advocacy group that spearheaded shareholder pressure on the issue, told IPS.

“Those range from the potential for carbon regulations to what happens if the world actually gets smart and works to limit carbon in order to prevent global warming. The investors are looking at increasing cost curves for non-conventional fuels.”

Activist shareholders hope that publicly assessing and disclosing the financial risk associated with certain carbon-intensive operations will dissuade Exxon and other energy companies from extracting oil and natural gas in high-risk, environmentally sensitive areas like deep water and tar sands.

“If we are going to avoid catastrophic climate change, we can only burn one third of [known] carbon reserves,” Natasha Lamb, the director of equity research and shareholder engagement at Arjuna Capital, told IPS. “So the big question is, if regulation market forces prevent oil companies from burning that other two-thirds, why are they spending so much in shareholder value exploiting more?

“As investors, we want to understand what kind of scenario analyses they’re running taking these huge risks into account, and if they’re profitably allocating shareholder capital.”

Investors ultimately hope that a combination of increased regulations on carbon emissions and subsequent shareholder concerns will prompt large energy firms to diversify their assets and invest in more sustainable forms of energy.

Lamb also believes that Exxon’s decision will set a precedent and encourage other companies to similarly disclose their carbon asset risks, lest they alienate their investors.

“There are 10 other shareholder proposals this year asking companies to report on carbon emissions risks,” Lamb said. “I would expect that, after Exxon’s announcement, you’ll see increasing disclosures from fossil fuel companies.”

The move also signifies that Exxon, which has a history of lobbying against climate change legislation, may start to take the issue more seriously in public – particularly as shareholders become concerned about the effects of carbon emissions regulations on the energy giant.

While Exxon initially challenged the resolution with the Securities and Exchange Commission (SEC), the country’s main corporate regulator, the SEC overruled the challenge. Although the SEC had instituted a requirement compelling companies to publicly report on the impacts of climate change on their businesses, Congress passed legislation that blocked that mandate in 2010.

Along with the rest of the international community, the United States and European Union have agreed to limit the average increase in global temperatures to two degrees Celsius above pre-industrial levels.

Yet climate scientists calculate that if humans burn more than a third of the world’s current proven carbon reserves between 2000 and 2050, there is a 20 percent risk that the global temperature will rise beyond this level. Non-profit advocacy groups like the Carbon Tracker Initiative have thus coined the term “unburnable carbon” to describe the excess reserves that would raise the global temperature by more than two degrees above pre-industrial levels.

Nonetheless, in 2012, the 200 largest publicly traded fossil fuel companies invested approximately 674 billion dollars to discover and develop new carbon reserves. Because companies cannot utilise new reserves without breaking the international community’s agreed-upon standards, some shareholders consider the exploration and development of additional carbon reserves to be a “stranded asset”, an asset that is obsolete and must therefore be recorded as a loss on a company’s balance sheets.

The Carbon Tracker Initiative’s 2013 report on unburnable carbon and the large amount of shareholder money invested in new carbon reserves prompted Ceres, a group of 70 international investors with more than three trillion dollars in assets, to pressure the top 45 energy companies to assess and report on the risks that a global decrease in carbon demand could pose.

Such initiatives are already starting to have a public impact. Last January, for instance, Ceres’s shareholders successfully pressured FirstEnergy, an Ohio-based utility company, into studying and reporting on what it could do to reduce carbon emissions in line with President Barack Obama’s goal of reducing total U.S. carbon emissions by 80 percent by 2050.

Additionally, last year As You Sow filed a vote with shareholders at CONSOL Energy, a natural gas and coal firm, requesting that the company report on the risk of stranded assets derived from carbon emissions. While CONSOL was resistant to the request on the grounds that it already produces a corporate social responsibility report, nearly 20 percent of CONSOL shareholders voted in favour of the proposal, a figure that Fugere deems significant.

“Over a billion dollars in investor assets voted in favour of that,” said Fugere. “That was about a 20 to 22 percent ruling, depending on who you ask. When you have over 20 percent of your shareholders indicating it’s a concern, companies are going to take note.”