Gunter Pauli, teacher, activist, entrepreneur and the author of "The Blue Economy: 100 innovations - 10 years - 100 million jobs", writes in this column about the benefits of replacing traditional plastic bags with bioplastics.

MILAN, Apr 28 2014 (IPS) - The European Union was founded to create conditions for a lasting peace on the old continent, establishing an internal market, integrating agriculture and industry. As new generations emerge that have never experienced war or terrorism in Europe, the concept of quality of life increasingly dominates the debate. Will Europe offer its citizens the future all aspire to?

EU member states represent the world’s largest economic and trading bloc. Hence, they have both the opportunity and the responsibility to evolve from a competitive game, based on economies of scale and ever lower marginal costs, to a quest driven by the private sector to generate more value and more benefits than ever before. 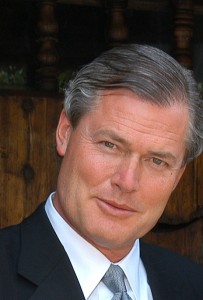 Many consider this impossible and prefer to cling to what they have, resisting change. It requires leadership to shift to the positive, based on science while prepared to take risks guided by a clear vision.

Europe needs to look for opportunities to reconnect the primary and the secondary sectors, and to create the industries of the future with available resources. This is a major challenge for a region that is perceived as void of natural resources.

The present overcapacity in the chemical sector (especially due to investments in China), and the excessive cost of imported naphtha, are eroding the traditional leading role of petroleum-based chemical industries.

The production and distribution of 100 billion plastics bags, nearly all of which contain imported synthetic ingredients, represents a unique opportunity to set the stage for how to improve quality of life, while embarking on a re-industrialisation of Europe, a continent that needs to rethink its role in the world economy.

The value chain of bioplastics is impressive. Replacing one thousand tons of petro-based polymers by locally-sourced natural polymers equals the creation of 60 jobs.

The agricultural sector, provider of the raw materials, either from its waste streams, like straw, low-quality harvests ranging from potatoes to corn, or weeds that invade land laying fallow under EU market-making schemes subsidising farmers not to farm, gets a quarter of the new jobs.

The production of plastics is good for another 25 percent, while the transformation into consumer products represents 15 percent.

Europe is sending millions of tons of organic waste to dumps or incinerators, depriving land of the nutrients urgently needed to replenish topsoil. Farming will inevitably come to a stop once nutrients are depleted. Fertilisers cannot replace the complex web of life that thrives under our feet. Increased urbanisation must go hand in hand with increased composting of organic waste, and its deployment on farmland.

Now when Europe considers the 100 billion bags made from precious poly-ethylene we hardly realise the dramatic impact the substitution of a simple plastic bag can make on society.

Of course, environmentalists will rightly cite the turtle strangled by plastic waste in the Mediterranean. But as an entrepreneur and a citizen, let me point to the incredible opportunity to transform Europe’s leadership in chemistry into leadership in biochemistry.

European Commissioner for the Environment Janez Potočni has gone out of his way to propose that every country can decide for itself how to regulate and eventually eliminate petrochemical plastic bags.

But I would like to suggest that the Commission can create a level playing field that permits every country to imagine a bright future for its chemical industry, strengthening agriculture, chemistry, energy, and transformation businesses while replenishing topsoil by replacing an expensive imported product.

A locally-produced bag kickstarts new industries, circulates more cash in the regional economy and generates the jobs urgently needed thanks to the value-added created by industry with agricultural produce at the core.

Italy’s law on plastic bags, backed by 94 percent of the population, steers society towards a bio-based economy and at the same time has empowered people to embrace composting and the introduction of biobags as in no other European member to date.

Italy, which has seven outdated petrochemical factories already transformed (or in the process of being transformed), points to a renaissance of this industry unparalleled elsewhere in Europe and the rest of the world.

It is backed by about 1,000 patents and confirms that there is a future for an innovative and knowledge-based industry, and that the industrial vocation of Europe remains firmly on track, while consumers and nature unequivocally benefit from this transition leading to the maintenance and creation of jobs seldom imagined.
(END/COPYRIGHT IPS)