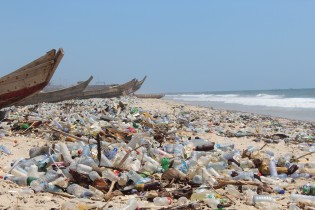 By Gunter Pauli
The European Union was founded to create conditions for a lasting peace on the old continent, establishing an internal market, integrating agriculture and industry. As new generations emerge that have never experienced war or terrorism in Europe, the concept of quality of life increasingly dominates the debate. Will Europe offer its citizens the future all aspire to?

By Correspondents
Despite two government decrees making their import and usage illegal, styrofoam cups and plates are used and littered all over the capital, as well as bought and sold, wholesale and retail, completely out in the open.
ADVERTISEMENT ADVERTISEMENT