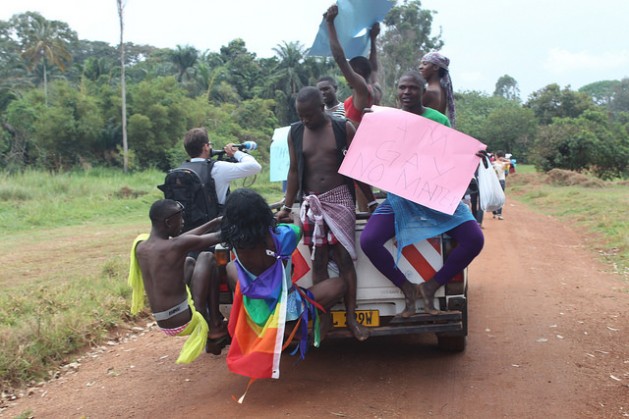 WASHINGTON, Apr 10 2014 (IPS) - Rights advocates and community leaders, together with some U.S. lawmakers, are urging the United States to take a more robust role in pushing the World Bank to explicitly incorporate human rights into policies that dictate how and when the bank can engage in project lending and technical assistance.

The World Bank has been a pioneer in working to ensure that its assistance does not lead to or exacerbate certain forms of discrimination or environmental degradation.

“No one at the bank was encouraged, rewarded or promoted for stopping a project because of human rights concerns.” -- Rep. James P. McGovern

Yet the Washington-based institution has long been criticised for refusing to institutionalise a specific focus on human rights, and is currently involved in a major review of these policies.

“I recognise that constructing sustainable relationships between development priorities and human rights can be a challenging endeavour for the World Bank, but it is a crucial endeavour to undertake,” James P. McGovern, a member of the U.S. House of Representatives, said Wednesday at a hearing he chaired on the subject.

“Human rights due diligence and assessments would ensure that each project is properly vetted and that possible violations of human rights are acknowledged beforehand and can be prevented. This not only protects the integrity of individuals but also ensures the sustainability of a project, which means more people will benefit from the World Bank’s investment long term.”

The World Bank and its sister institution, the International Monetary Fund, are currently meeting in Washington for a semi-annual summit.

McGovern warned that important bank policies on rights, the environment and indigenous peoples are often treated as “little more than one box that needed to be checked” by project managers. Further, he said, “No one at the bank was encouraged, rewarded or promoted for stopping a project because of human rights concerns.”

The World Bank has long been barred by its membership from engaging in overtly political issues. Yet many say rights issues need not be considered political, and World Bank President Jim Yong Kim recently received plaudits for halting a planned loan to Uganda after that country passed onerous anti-gay legislation.

Kim “responded very well” to the Uganda issue, Barney Frank, a former member of Congress, told the hearing Wednesday. But he warned that “it’s not good when things are done ad hoc.”

“Some of the countries can complain they weren’t warned,” Frank said.

“That’s why it’s important to have a framework in place, so any country contemplating brutal actions in the future will be on notice … I think it’s reasonable to say, ‘If we’re going to punish you, we should let you know in advance what the rules are.’”

A two-year review of the bank’s safeguard policies is currently underway, and could be finished by the end of the year. Proponents of these reforms say the review offers an important opportunity for leverage, particularly by the United States.

“It’s really incumbent on the United States and the U.S. Congress, as large shareholders with strong influence, to take a very progressive and aggressive role on promoting human rights standards at the bank,” Arvind Ganesan, director for business and human rights at Human Rights Watch, a global watchdog group, told IPS.

“This is critically important because, increasingly, governments such as that of China have influence over the bank, and they’ve been very clear they don’t want human rights standards incorporated into the bank.”

Ganesan, who also testified Wednesday, says the bank needs to incorporate human rights-focused due diligence into its vetting of potential project funding, and to show that its projects are mitigating human rights concerns.

On questioning from lawmakers, Ganesan noted that several European countries on the World Bank’s board have offered strong support for such changes. But he warned that other governments have been “hostile” to the idea.

Certain parts of the bank’s staff are sympathetic to the idea of greater human rights focus in the institution’s lending, Ganesan says. But he cautions that “the staff in general needs to be far more motivated to include human rights.”

A bank spokesperson told IPS the safeguards review is “making good progress”, with a public update due Saturday.

“We are ramping up our standards to ensure the delivery of a strengthened policy framework which is more efficient and comprehensive; a system that will enable the Bank to assert its position as a force for good in sustainable development; a new policy framework that is clear to implement and to hold us accountable for,” the spokesperson said in a statement.

“[W]e are looking at how most appropriately to address the adverse impacts of discrimination and exclusion … along with how to cover vulnerable/disadvantaged issues such as sexual orientation.”

Lawmakers on Wednesday also heard testimony about three past World Bank-supported projects: agricultural development initiatives in Uzbekistan, despite widespread findings of child and forced labour in that country’s important cotton industry; an oil pipeline between Chad and Cameroon that saw bank funds diverted by a corrupt and oppressive government in N’Djamena; and a series of palm oil plantations in Honduras that have led to the takeover of indigenous lands.

The Chad-Cameroon pipeline, worth some seven billion dollars “was meant to be transformational. Yet even an internal bank evaluation found the project had not contributed to poverty reduction but rather enriched the government of Chad – meaning more and more corruption and human rights violations,” Delphine Djiraibe, an attorney with the Chadian Association for the Promotion and Defence of Human Rights, told the hearing.

“We hope the U.S. Congress will put pressure on the World Bank Group to learn from the fiasco of this project and not keep repeating the same mistakes that lead to serious human rights violations and environmental degradation.”

On Thursday, over 180 global civil society groups accused the World Bank of directly facilitating a spate of large-scale land acquisitions through its annual publication of business-friendliness metrics known as the Doing Business index, as well as a new initiative called Benchmarking the Business of Agriculture. While such rankings measure how a country’s regulations impact on industry, critics say the widely watched indicators push governments to prioritise industry over poor and marginalised communities.

“The [Doing Business] framework is creating competition between nations to cut down economic regulations as well as environmental and social safeguards in order to score better in the ranking,” the Oakland Institute, a watchdog group, says in a new report on the issue.

“[T]he … ranking has the collateral effect of facilitating land grabbing by advocating for ‘protection of investors’ and property reforms that make land a marketable commodity and facilitate large-scale land acquisitions.”