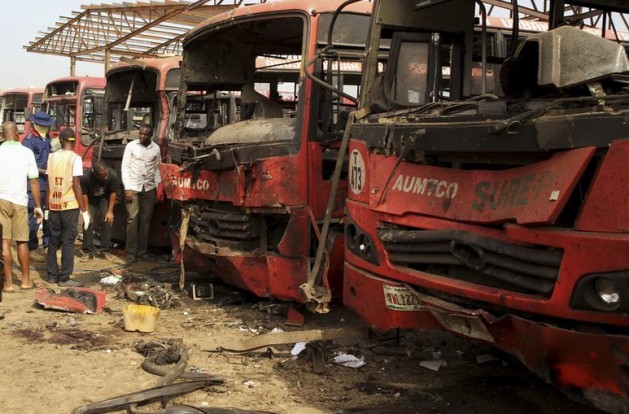 Both the attack and the recent security summit have done little to address the resentment against Nigerian authorities over their initial indifference to the abduction of 276 schoolgirls in Chibok in northeast Borno state on Apr. 14.

Casualty figures of the Jos bombing are not clear yet, but an emergency official told IPS that the toll is “very massive”. Some say as many as 200 people were killed because the attack occurred in a market. No one has claimed responsibility for the attack but it is suspected to be the work of Boko Haram.

The local population holds little expectation of an immediate triumph over Boko Haram, as many feel the Paris talks offered little hope in finding the abducted schoolgirls.

“The bitter truth is their life-threatening situation is handled as an irritation by those that should care,” Oby Ezekwesili, a former education minister and leader of a daily sit-in in Abuja, the Nigerian capital, tweeted on Monday. “Bitter as it is to swallow, truth is those who should find them still denigrate the agony of their parents.”

After 35 days of searching, there is still no clue about the whereabouts of the schoolgirls despite surveillance and intelligence assistance from the United States, United Kingdom, France and Israel.

But pressure is growing on the government as at least four people were killed on Sunday, May 18, in a another suspected Boko Haram bomb blast in Nigeria’s northwest Kano state. Kano state has been a relatively peaceful area and was last attacked by Boko Haram in 2012.

The blast, at a busy bar in a predominately Christian area, raised fears the insurgents may be moving from their stronghold in Borno state, which lies nearly 600 kms east of Kano state. 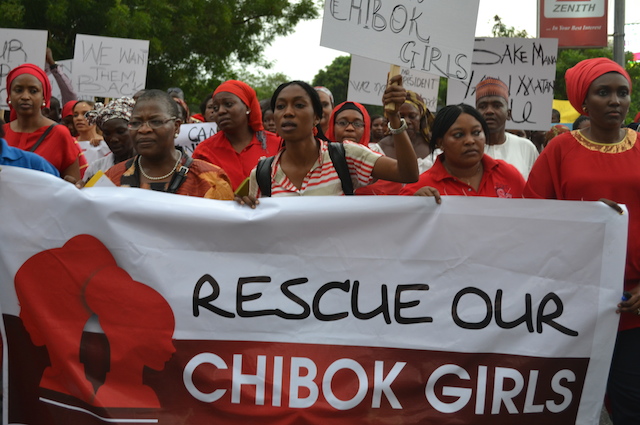 Here in Nigeria activists plan to march on Thursday to President Goodluck Jonathan’s office to present a “charter of demands”. Amongst other things, they will demand more engagement of the authorities with the families of the abducted girls, and greater security in Boko Haram’s strongholds.

Boko Haram, whose name means “Western education is forbidden”, has frequently attacked schools, symbols of the state, churches and markets in their campaign to create an Islamic state.

Jonathan has been widely criticised for his handling of the crisis.

Nigeria itself has been blamed for not taking the campaign against Boko Haram seriously enough until the abduction of the Chibok girls.

“The government and military establishment would have to honestly own up that defence and security allocations have not been utilised for the purpose of building an army capable of tackling the Boko Haram menace,” Benson Eluma of the Institute of African Studies at Nigeria’s University of Ibadan told IPS.

The summit in Paris was the first public effort outside of Africa to rally nations against Boko Haram, which is now regarded as a threat to West and Central Africa.

Nigeria currently maintains a multinational military task force around the Lake Chad Basin area, near Borno state. Troops are drawn from all Nigeria’s neighbouring countries, with the exception of Cameroon.

One of Nigeria’s main challenges remains this country’s barely cordial relationship with Cameroon, which is based on decades of territorial friction. Cameroon, is seen by the Nigerian government, as a strategic hideout for insurgents fleeing raids here.

While Nigeria has an agreement with Niger — and is working on one with Chad — to allow Nigerian troops cross into neighbouring countries in pursuit of insurgents, there has been no such understanding with Cameroon.

Despite the perceived limitations, the Paris summit is expected to be a game changer in the fight against Boko Haram.

“We have shown our commitment for a regional approach. Without West African countries coming together we will not be able to crush these terrorists,” Jonathan said.

For the first time since the insurgency began five years ago, he released the official figure of the death toll. According to Jonathan, some 12,000 people have died in the crisis — more than double the 5,000 initially believed to have been killed.

The summit, convened by French President François Hollande, has also generated concerns about Africa’s inability to solve its problems.

The continental body, the African Union, has been largely silent about the crisis of Boko Haram and the missing girls. However, the Economic Community of West African States, the West African regional body, has stated its resolve to jointly fight the terrorist group.

Regardless of where assistance comes from, any decision against Boko Haram for a lasting solution cannot be entirely through brute military force, says Eluma.

“Abubakar Shekau [Boko Haram’s leader] and Boko Haram epitomise everything that is wrong with our society, including our hatred of difference, our discrimination against girls and women, the abominable state of education in the country, the porosity of our borders, the complicity of agents of the state in undermining both the state and the people, the political and social instrumentalisation of violence in Nigeria … which leaves us vulnerable to whatever ill wind that blows from distant places.”