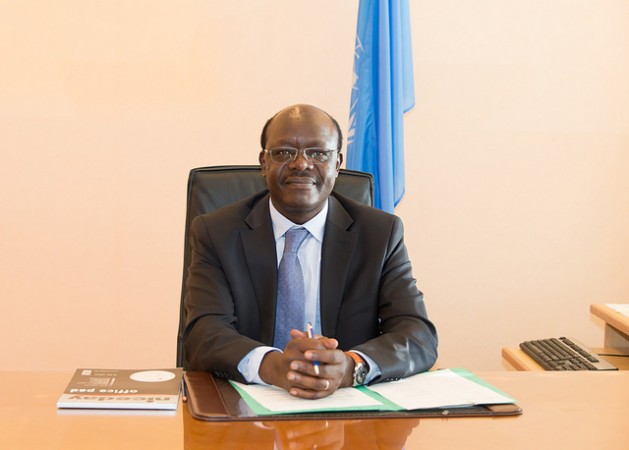 GENEVA, Jun 13 2014 (IPS) - As it turns 50, the United Nations Conference on Trade and Development (UNCTAD) finds itself engaged in an ongoing struggle to reduce economic and social inequalities in the world.

“Compared with 50 years ago, today inequality within countries has risen in a startling number of countries both rich and poor,” said UNCTAD Secretary-General Mukhisa Kituyi.

“Indeed, today some individuals are now as wealthy as entire countries,” the Kenyan economist told IPS in this interview at the agency’s headquarters in Geneva.

UNCTAD emerged through the efforts of countries of the developing South and for that reason within the concert of the United Nations it is known as the agency that represents poor countries.

When UNCTAD was created on Jun. 16, 1964, the member states agreed that “Economic development and social progress should be the common concern of the whole international community,” Kituyi said.

According to the U.N. General Assembly resolution that created UNCTAD, one of its principle functions is: “To formulate principles and policies on international trade and related problems of economic development.”

Kituyi said the resolution signaled “a move beyond the principles that had previously led to the establishment of the Bretton Woods institutions [the World Bank and the Institutional Monetary Fund] and the General Agreement on Tariffs and Trade [GATT – the predecessor to the World Trade Organisation].”

Its unique characteristics and its close ties to the developing South put UNCTAD in the sights of the countries of the industrialised North and the institutions that revolve around them. In its 50 years of life, the Conference has managed to overcome a number of offensives aimed at modifying its pro-South policies and cutting its budget.

Kituyi, who took over as UNCTAD chief in September 2013, discussed with IPS his vision of the social and economic context in which UNCTAD is operating.

Q: What would you say is society’s reaction to inequality today?

A: The unequal distribution of income and wealth has inflamed passions and spurred public debate in a manner unseen in more than a generation. Across the world, people with different cultural, religious, and political beliefs are increasingly in agreement that an unequal society is not only unjust, but also unproductive.

Q: Could you give an example?

A: Inequality has captured our imaginations, as evidenced by the recent surprise success of French economist Thomas Piketty’s book, “Capital in the Twenty-first Century”. Talk of global taxes [as proposed by Piketty] to reduce inequalities, unthinkable just a decade ago, has recently splashed across the headlines and across the airwaves of even the most ‘laissez-faire’ conservative news outlets.

Q: What conclusion do you take away from this bestseller, which has sparked widespread discussion and debate?

A: The popularity of Professor Picketty’s book is more a reflection of the broader realisation by society as a whole that unsustainable economic practices leading to the over-accumulation of wealth are not only unfair, but can bring crisis and stagnation, even conflict.

Q: How has the international community reacted?

A: At the United Nations in New York, diplomats from every corner of the world are now working to agree on Sustainable Development Goals that would pick up where the Millennium Development Goals leave off in 2015. Beyond obvious environmental concerns about climate change, economic and social sustainability are also central to these discussions.

Q: What is being considered with regard to the question of inequality?

A: A goal to reduce inequality within and among countries by 2030 is on the proposed list currently being considered by member states. This is a direct consequence of the growing consensus on inequality’s detrimental effects on lasting prosperity.

Q: What precedents are there in this respect?

A: Our newfound, heightened concern for reducing inequality and ensuring prosperity for all must build on the strong aversion for inequality, which has been at the heart of a half-century of United Nations work.

Q: And in the case of your organisation?

A: When UNCTAD was founded exactly fifty years ago, our member states specifically called for ‘the division of the world into areas of poverty and plenty to be banished and prosperity achieved by all.’

Q: What has happened in these five decades?

A: The key difference between today and fifty years ago is the nature of the inequalities we face. The new global economy has brought with it both immense hopes but equally immense inequities.

A half century after UNCTAD’s founding we have seen promising declines in inequality between countries, as a number of developing countries, notably the BRICS [Brazil, Russia, India, China and South Africa] countries. But others as well have experienced significant growth performance and moderate success in transforming the structure of their economies from agriculture towards industry and services.

Q: What strategies have been followed?

A: Even 15 years ago, when we were formulating the Millennium Development Goals, the focus was still on reducing inequality between countries, by reducing extreme poverty through growth. Globalisation, which enabled poverty to be cut in half worldwide over the past 20 years, has acted as a double-edged sword, leaving behind the less well-off both in the poorest countries and in the advanced economies as well.

Q: What policies are needed now?

A: The role of the multilateral system in providing global public goods to help compensate those who have lost out from globalisation has never been more necessary.

That is why as we mark UNCTAD’s fiftieth anniversary, we know that while the world may have changed from when the organisation was created, the need for the inclusive space of dialogue which our conference provides is stronger than ever.

Q: And with respect to each specific area of the economy?

A: To help reduce inequalities in our member states trade must serve as an enabler not a disabler, finance must be constructive not destructive, and technological progress must serve the interests of all segments of society.

Q: How can all of this be put into practice?

A: Well thought-out national development strategies are needed to ensure this, particularly in the least developed countries and in Africa. These are all areas where UNCTAD expertise is unparalleled, and moving forward into our next half century we will bolster our work to serve both the developing and developed countries to support these critical areas.