The slogan for this year’s World Migratory Bird Day (May 9) campaign is “Energy – make it bird-friendly”. Jacques Trouvilliez, Executive Secretary of the Agreement on the Conservation of African-Eurasian Migratory Waterbirds (AEWA) and Patricia Zurita, Chief Executive of BirdLife International, explain how important it is to ensure that major infrastructure and policy relating to low carbon and renewables are developed in harmony with nature. 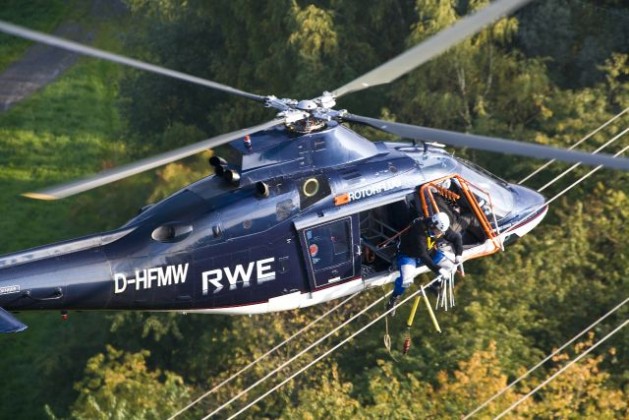 BONN, May 9 2015 (IPS) - Climate change is one of the greatest risks to human societies, but also to biodiversity, often creating a “snowball effect” exacerbating existing pressures such as habitat fragmentation.

Consequently, the conservation community, including inter-governmental treaties such as AEWA and NGOs such as BirdLife International, is strongly advocating genuine attempts to address its causes and mitigate its effects.

We can square this particular circle: producing renewable energy to help combat climate change without inadvertently hammering another nail in the coffin of our endangered wildlife.

Alongside cutting energy demand and increasing energy efficiency, developing renewable sources of energy is essential in order to reduce the amount of fossil fuels burned and the emission of greenhouse gases. There is little doubt that the development and deployment of renewable energies are vital if we are to end our dependency on traditional fuels.

However, appropriate planning, assessment and monitoring of renewable infrastructure are necessary in order to prevent adverse effects to wildlife.  All the innovative technologies being developed – wind turbines, solar panels, tidal, wave and hydropower – can have distinct drawbacks as far as wild animals – and particularly migratory birds – are concerned, if not sited correctly.

One thing that conventional and renewable energies often have in common is the need to transfer power from the point of production to the consumers.  Natural habitat is sacrificed so that power lines can be constructed.

The pylons and cables form a barrier to migration – and large birds are most vulnerable – perching on the structures, their long wing span can often lead to short circuits; this is fatal to the electrocuted bird but also inconvenient for the customer whose electricity supply is interrupted. The birds that most commonly fall victim are from long-lived, slow-breeding species that cannot sustain these losses.

Power lines are not the only hazard – wind turbines take a toll too.  The Spanish Ornithological Society says that more than 18,000 wind turbines in Spain are causing significant mortality of raptors and bats, including threatened species.

It would be foolish for conservationists to oppose all forms of renewable energy just as it would be foolish to welcome any proposal to build a windfarm, barrage or solar plant unquestioningly.  What needs to be done is to find the right balance.

The Parties to the Convention on the Conservation of Migratory Species of Wild Animals (CMS), under which AEWA was concluded, adopted a resolution calling for appropriate Strategic Environment Assessments and Environmental Impact Assessments procedures to be put in place, which would mean applying rigorous planning guidance.

It would involve following a simple sequence: first, developments should be avoided in the most sensitive locations, e.g. bottlenecks on birds’ migration routes.  Everywhere else, mitigation measures should be taken and a last resort compensatory actions should be considered.

And some mitigation measures bring large gains at little cost– shutting off wind farms when migrating birds are passing has proven to have reduced the mortality rate of the Griffon Vulture by 50 percent in Spain – while lost electricity production was less than 1.0 percent.

The design and placement of the pylons are also very important – in forested landscapes for example, it is best if the structures do not protrude above the canopy.  Monitoring in France over the past 20 years has shown that attaching spirals to power lines at regular intervals to make them more visible can lead to a reduction in the fatalities as a result of collisions.

The next few decades will see a massive increase in demand for power in developing countries in Africa – and this will be matched by expansion of both renewable generation capacity and grid connections.  The danger is that if the design and location are not right, further devastating losses to the continent’s birdlife will be inevitable.

We need to increase our knowledge and to share it once it has been acquired.  This will entail close cooperation between conservationists on the one hand and the power companies on the other.

CMS and AEWA have produced the first version of a set of guidelines on the appropriate deployment of renewable energy technology and the BirdLife International network can provide the expertise on the ground to ensure that we can square this particular circle: producing renewable energy to help combat climate change without inadvertently hammering another nail in the coffin of our endangered wildlife.