LONDON, Jun 24 2015 (IPS) - The overwhelming majority of lobby meetings held by European Commissioners and their closest advisors are with representatives of corporate interests, according to an analysis published Jun. 24 by Transparency International (TI).

The finding was revealed by EU Integrity Watch, a new lobby monitoring tool launched by TI, which “works with governments, businesses and citizens to stop the abuse of power, bribery and secret deals.”

Today’s assessment of the situation of lobbying in Brussels follows the publication in April of TI’s report on lobbying in Europe. That report analysed lobbying in 19 European countries and in the three European Union institutions and showed examples of undue influence on politics across the region and in Brussels.

At the time, Elena Panfilova, Vice-Chair of TI, said: “In the past five years, Europe’s leaders have made difficult economic decisions that have had big consequences for citizens. Those citizens need to know that decision-makers were acting in the public interest, not the interest of a few select players.”

"There is a strong link between the amount of money you spend and the number of meetings you get [with European Commission officials]. Those organisations with the biggest lobby budgets get a lot of access, particularly on the financial, digital and energy portfolios” – Daniel Freund, Transparency International EU

Google, General Electric and Airbus were reported to be among the most active lobbyists at this level, and Google and General Electric were also said to some of the biggest spenders in Brussels, each declaring EU lobby budgets of around 3.5 million euros a year.

Of the 7,908 organisations which have voluntarily registered in the EU Transparency Register – the register of European Union lobbyists – 4,879 seek to influence political decisions of the European Union on behalf of corporate interests.

Exxon Mobil, Shell and Microsoft (all 4.5-5 million euros) are the top three companies in terms of lobby budgets, according to their declarations made to the Register.

“The evidence of the last six months suggests there is a strong link between the amount of money you spend and the number of meetings you get,” said Daniel Freund of Transparency International EU. “Those organisations with the biggest lobby budgets get a lot of access, particularly on the financial, digital and energy portfolios.”

According to Transparency International EU, the portfolios for climate and energy (487 meetings), jobs and growth (398), digital economy (366) and financial markets (295) currently receive most attention from lobbyists.

The Commissioners in charge of the latter three – Finland’s Jyrki Katainen, the United Kingdom’s Jonathan Hill and Germany’s Günther Oettinger – are reported to have particularly low numbers for meetings with civil society – three, three and two respectively, representing between four and eight percent of the total number of their declared meetings.

While large global NGOs, such as World Wide Fund for Nature (WWF) and Greenpeace, are in the Top 10 of organisations with most meetings, TI said it was notable that meetings with civil society are often held as large roundtable events with multiple participants. 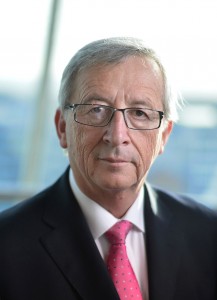 European Commission President Jean-Claude Juncker, who issued instructions In November 2014 that “Members of the Commission should seek to ensure an appropriate balance and representativeness in the stakeholders they meet”. Photo credit: CC BY 2.0 via Wikimedia Commons

In November 2014, European Commission President Jean-Claude Juncker issued instructions on the Commission’s working methods: “While contact with stakeholders is a natural and important part of the work of a Member of the Commission, all such contacts should be conducted with transparency and Members of the Commission should seek to ensure an appropriate balance and representativeness in the stakeholders they meet.”

Lower-level officials, such as the team negotiating the Transatlantic Trade and Investment Partnership (TTIP) between the European Union and the United States, are not covered.

“The European Commission should be congratulated on providing this insight into lobbying of high-level officials, but this is just part of the picture,” said Carl Dolan, Director of Transparency International EU. “Officials are lobbied at all levels and greater transparency is required to reassure the public about the integrity of EU policy-making.

Transparency International EU also found that many organisations still remain absent from the register. This includes 14 of the 20 biggest law-firms in the world that all have Brussels offices, such as Clifford Chance, White & Case or Sidley Austin. Eleven out of these 14 law firms have registered as lobby organisations in Washington DC, where registration is mandatory.

“Much of the information that lobbyists voluntarily file with the lobby register is inaccurate, incomplete or outright meaningless,” said Freund, adding that over 60 percent of organisations that lobbied the European Commission on the EU-US trade agreement do not properly declare these activities.

Further, on the broad reform package of financial services entitled ‘Capital Markets Union’, many banks – including HSBC, BNP Paribas and Lloyds – that have had meetings on this topic fail to declare in the lobby register that they are active in this area.

The findings of EU Integrity Watch also reveal hundreds of completely meaningless declarations, with some organisations claiming to spend more than 100 million euros on E.U. lobbying or having tens of thousands of lobbyists at their disposal, showing the need for more systematic checks and verification by the Commission and ultimately a mandatory register.

Freund said that “all E.U. institutions should publish a ‘legislative footprint’ – a public record of all lobby meetings and other input that has influenced policies and legislation.”

Recognising that the European Commission has started moving in the right direction, TI says that the measures introduced so far need to be extended to everyone involved in the decision-making process, including the European Parliament and Council.