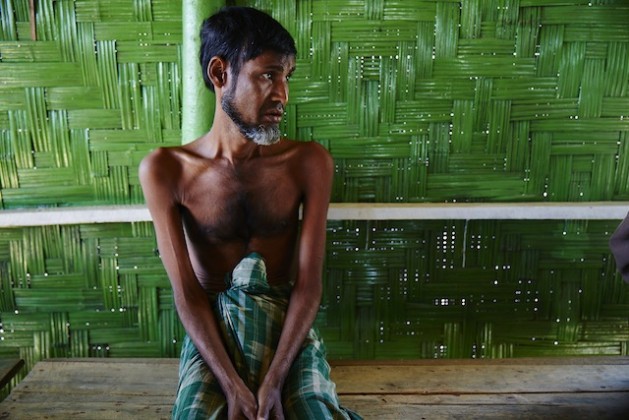 UNITED NATIONS, Jun 5 2015 (IPS) - For a while it went unnoticed: a boatload of migrants here, a vessel full of refugees there. But since 2012, the complex and unregulated movement of human beings through South and Southeast Asia– and the fate of those who put their lives in the hands of smugglers and at the mercy of the high seas – is becoming bleaker with each passing day.

On Friday, Jun. 5, the United Nations Refugee Agency announced a 13-million-dollar funding appeal, to meet the humanitarian needs of thousands of refugees, hailing mostly from Myanmar and Bangladesh and bound primarily for Thailand, Malaysia or Indonesia.

The situation stole international headlines in mid-May, when a group of journalists set out from a small island on the southwest coast of Thailand into the Andaman Sea, where they discovered a rickety fishing craft carrying hundreds of men, women and children, mostly members of the minority Rohingya Muslim community fleeing political persecution in Myanmar and economic hardships in Bangladesh.

Refused entry by Thai and Malaysian authorities, the boat’s caption and crew had abandoned the half-starved passengers who quickly became the face of a regional migration crisis involving up to 6,000 desperate migrants stuck in no-man’s land.

“With the monsoon season imminent, thousands of people may still be at sea,” Melissa Fleming, spokesperson for the Office of the U.N. High Commissioner for Refugees (UNHCR), told journalists at a press briefing in Geneva Friday.

In addition to those still in boats, an estimated 4,800 people have been brought ashore, and are now in dire need of food and medical supplies. Many are severely malnourished, while others bear the scars of both physical and mental abuse, likely at the hands of smugglers.

The Refugee Agency’s appeal comes on the heels of a regional meeting in the Thai capital, Bangkok, last week, of governments affected by the crisis, and echoes key features of a 10-point plan put forward by UNHCR, the U.N. Office on Drugs and Crime, and the International Organisation for Migration (IOM), who seek a long-term solution to the problem.

Funding will be used to protect new arrivals, increase awareness for those considering embarking on the perilous journey and tackle the root causes of the exodus.

Not only is the journey illicit, it can also be deadly. Over a thousand people are thought to have perished or gone missing at sea. Survivors have recounted stories of losing their fellow travelers to disease or hunger on the voyage; with nowhere to dispose of the dead, bodies are simply tipped overboard, while the vessels continue on their way.

According to the 10-point plan, migrants are at risk of being starved, beaten or sexually abused. Inability to pay the high ransom or exorbitant fees charged by smugglers can also result in death.

“The scale of deaths is unknown but, as the recent discovery of mass graves in smugglers’ camps attests, it is likely to be even higher than the 1.2 percent of travelers estimated to perish from disease or mistreatment,” the report found.

For this reason, a good deal of funding will be used to provide counseling services to those who make it safely ashore, a task that the UNHCR has already undertaken for new arrivals in Indonesia, Thailand and Malaysia.

In addition to meeting the immediate needs of refugees and migrants, the 10-point programme aims to expand legal alternatives to dangerous movements, support the safe return of those not in need of international protection, and strengthen search and rescue operations at sea within a regional framework.