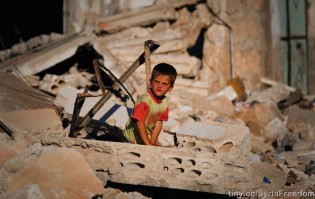 By Kanya D'Almeida
For a while it went unnoticed: a boatload of migrants here, a vessel full of refugees there. But since 2012, the complex and unregulated movement of human beings through South and Southeast Asia– and the fate of those who put their lives in the hands of smugglers and at the mercy of the high seas – is becoming bleaker with each passing day.

By Amantha Perera
The village of Valipunam, 322 km north of Sri Lanka’s capital Colombo, occupies one of the remotest corners of the country’s former war zone. The dirt roads are impossible to navigate, there are no street lights, telephone connections are patchy and the nearest police post is miles away, closer to the centre of the battle-scarred Mullaitivu district.

By Ashfaq Yusufzai
Seventeen-year-old Usmanullah Shah has never been to Afghanistan, the land of his forefathers. The son of Afghan parents who fled to Pakistan 34 years ago to escape war, he shudders at the thought of going there.

By Fabíola Ortiz
Yves Norodom, a 21-year-old refugee from the Democratic Republic of Congo living in Brazil, is one of 45.2 million displaced people around the world – the largest number in 20 years.

By Simba Shani Kamaria Russeau
In the hustle and bustle of Thailand’s capital, Bangkok, a small learning centre located in the Bang Bon district is helping children hailing mostly from the war-torn provinces of Myanmar (Burma) gain access to a basic education.
ADVERTISEMENT ADVERTISEMENT