ROME, Jul 8 2015 (IPS) - More than four decades ago, the richer members of the international community committed to deliver at least 0.7 percent of their respective national incomes as official development assistance. 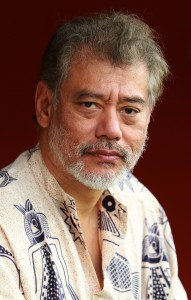 Sadly, less than half a dozen smaller countries have actually met this goal. Furthermore, ODA disbursements have not been stable, reliable or reflective of need, with continuing doubts about development effectiveness.

ODA declined greatly during the 1990s after the Cold War to 0.22 percent of developed countries’ combined national incomes during 1997-2001, before rising again after 9/11 and the 2002 Monterey Financing for Development conference. However, as governments tightened their fiscal austerity screws, ODA declined between 2010 and 2011 to 0.31 percent.

Since Monterrey, major additional development financing requirements have been identified. Most importantly, these include Aid for Trade (A4T) as well as financing for climate change mitigation and adaptation consistent with the principle of common, but differentiated responsibility — which came out of the 1992 Rio Earth Summit, and was reaffirmed by the UNFCCC and Kyoto Protocol.

Thanks to the efforts of the Leading Group on Innovative Financing for Development — which now includes 63 governments, as well as international organisations and civil society groups – the world has come some way since the Zedillo Report for the Monterey conference in 2002. It has defined innovative development finance especially to provide global public goods, either by taxing those who have gained most, or by taxing public ‘bads’, such as carbon emissions.

Unfortunately, there is no agreed definition of innovative development finance. Some innovative proposals involve frontloading or better disbursement, rather than additionality. Sources of finance do not necessarily determine allocation, let alone end use.

For example, although currency transaction or Tobin tax proposals were originally intended to finance development, its recent acceptance in Europe is to supplement national public finances.

A set of new ideas involves special drawing rights (SDRs) issuance, the reallocation of unutilised SDRs and leveraging SDRs to augment investment resources. Other ideas include deploying royalties for natural resource extraction from the global commons for development, e.g. from Antarctica or from beyond ‘exclusive [national] economic zones’.

Meanwhile, Project Red seems to be an idea to extract royalties from branding corporate social responsibility.

Other helpful innovative ideas which do not involve additionality include restructuring financial resource flows such as the International Finance Facility for Immunization (IFFIm), Debt2Health and ‘debt for nature’ swaps.

Not much so far

Over the last six years, about six billion dollars has been attributed to innovative sources of financing, averaging one billion annually, compared to current annual ODA of over 120 billion dollars — much less than the almost 20 trillion committed by G20 countries to economic recovery (including bail-outs), or even the 1.6 trillion actually used for fiscal stimuli in 2009.

Regular SDR emissions to keep up with the growth of global liquidity could yield approximately 100 billion dollars annually for international development cooperation. Such emissions would reduce the demand for U.S. Treasury bonds and other liquid assets of preferred currencies.

Additionally, if full capital account liberalisation was no longer promoted by the powerful, there would be less need for self protection (or ‘self insurance’) through accumulation of foreign exchange reserves.

This can blaze the way in operationally transforming the inclusive multilateral system to more effectively work with stakeholders on the ground in realising national development strategies.

Many have forgotten that the United Nations has been very successful with the Montréal Protocol to eliminate CFCs. While the reduction of greenhouse gas emissions is much more complicated, this earlier success underscores the continued potential of inclusive multilateralism, especially if there is a shared sense of purpose.

In this regard, the U.N. system is perhaps best placed to work closely with Member States and other stakeholders at the national level to conceive, design and operationalise Green Climate Fund projects.