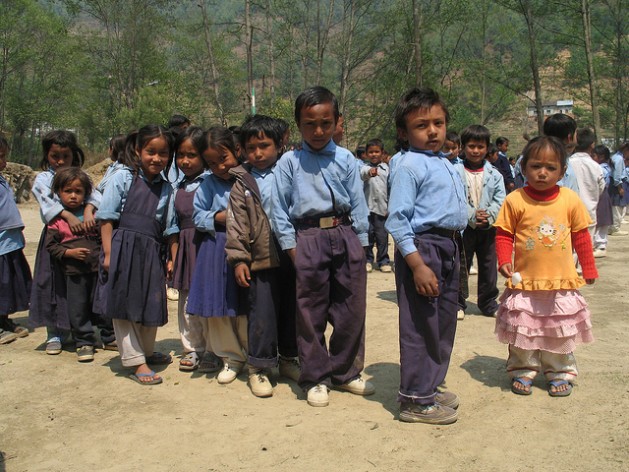 Overall progress has been highly uneven. Some countries and regions have seen only slow progress in reducing hunger, while the absolute number of hungry has even increased in several cases. Marked differences in reducing undernourishment have persisted across regions.

Nutrition failures are due not only to insufficient food access, but also to poor health conditions and the high incidence of diseases such as diarrhoea, malaria, HIV/AIDS and tuberculosis.

There have been significant reductions in both the estimated share and number of undernourished in most countries in South-East Asia, East Asia, Central Asia, Latin America and the Caribbean – where the target of halving the proportion of the hungry has been reached, or nearly reached.

Progress in sub-Saharan Africa has been more limited, and the region now has the highest prevalence of undernourishment. West Asia has seen a rise in the share of the hungry compared to 1990-1992, while progress in South Asia and Oceania has not been sufficient to meet the MDG hunger target by 2015.

In several countries, underweight (low weight-for-age) and stunting (inadequate length or height for age) persist among children, even when undernourishment is low and most people have access to sufficient food. Nutrition failures are due not only to insufficient food access, but also to poor health conditions and the high incidence of diseases such as diarrhoea, malaria, HIV/AIDS and tuberculosis.

One in seven children under five are underweight

East Asia has led all regions with the largest decrease of underweight children between 1990 and 2012, followed by the Caucasus and Central Asia, Latin America and the Caribbean, and West Asia. While the proportion of underweight children was highest in South Asia, the region has also experienced the largest absolute decrease since 1990, contributing significantly to the global decrease over the period.

Despite a modest reduction in the proportion of underweight children, Sub-Saharan Africa was the only region where the number of undernourished children increased, rising from 27 million in 1990 to 32 million in 2012.

Underweight prevalence was below 10 per cent in 2013 in East, Central and West Asia, North Africa and Latin America and the Caribbean.

One in four children under five are stunted

Stunting is a better indicator than underweight for capturing the cumulative effects of child undernutrition and infection during the critical thousand day period from conception through the first two years of a child’s life. Stunting is also more common than underweight, with one in four children globally affected in 2012.

Nearly all regions in the world have seen declines in the number of children affected by stunting. The exception is sub-Saharan Africa, where the number of stunted children increased by a third, from 44 million to 58 million between 1990 and 2012.

The Second International Conference of Nutrition in Rome in November 2014 articulated coherent bases for accelerated progress to overcome all types of malnutrition (undernourishment, micronutrient deficiencies, obesity) and defined pathways to international cooperation and support for integrated national nutrition efforts.

The international community, including those in the U.N. system, must come together to improve coordination for a sustained effort against malnutrition over the next decade.

But with high levels of deprivation, unemployment and underemployment continuing and likely to prevail in the world for the foreseeable future, poverty and hunger are unlikely to be overcome without the extension of universal social protection to all in need.